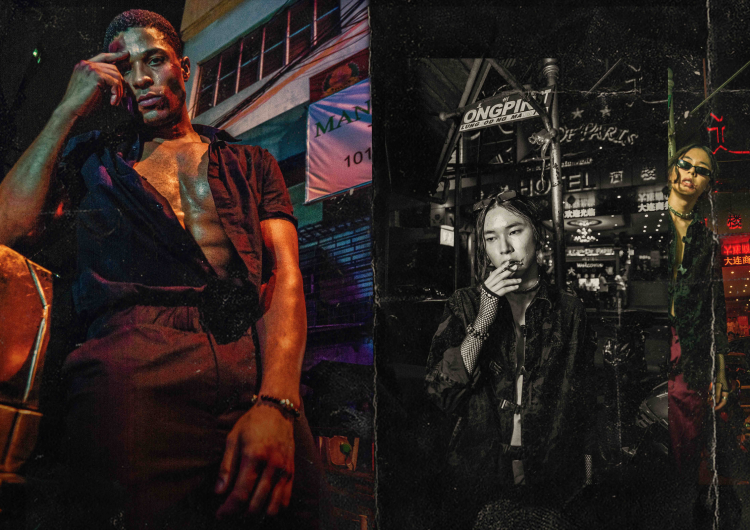 The infamous story of soap salesman Tyler Durden and our unnamed protagonist (or antagonist, depending on which side of the nihilistic fence you’re at) are brought to life in this Fight Club-inspired editorial. Photographed by Ed Enclona of The Visual Club, it is a provocative and gritty take on the Chuck Palahniuk novel preaching emasculation, consumer culture, and violence. But again, the first rule of Fight Club is you do not talk about Fight Club, so let these photos convey the message instead.

“We are not special. We are not crap or trash, either. We just are. We just are, and what happens just happens.” I just want to punch someone hard on the face. I don’t give a fuck. I’m angry. My life is shit. Last thing I want to be is be weak. You, come over here. Look at me. I see you and your boring ass life. Want to feel King for a night? Meet me in that dark alley when the night drops, I’ll teach you Rule No. 1…”

Styled by Carl Pabilona
Jana Silao of The Visual Club

Prosthetics by Gerz Binarao
Jia Achacruz of The Visual Club

SHARELike anyone who spends their waking days online, I’ve developed an obsession for...