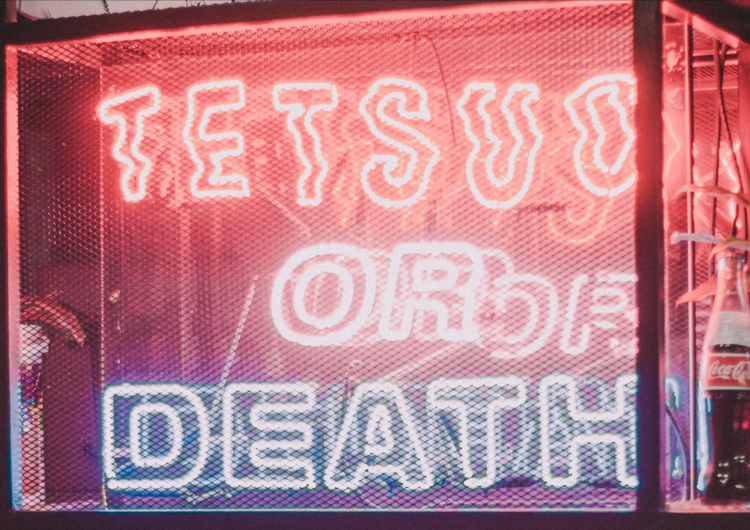 If you’re a student pinching pennies from a tight allowance, you’d be hard-pressed to find food options that are affordable, high-quality, and aren’t cholesterol-inducing. Fortunately for those in the Katipunan area, the newly-opened Tetsuo restaurant happens to tick all those boxes, and more. But even if you’re not from the neighborhood, trust us that this joint is well worth the drive.

For a food concept that started out as a single stall in the Ateneo de Manila university, there couldn’t have been a better location for its first flagship store than right at its roots. But as the brand continues to expand, so does its goals of “breaking the monotony.” In the past couple of years, Tetsuo has established some kind of an omnipresence, having hosted various events around Manila—from Listening Sessions and “Tetsuo Nights,” to Kitchen Takeovers at Dulo and launches for their merchandise. You might think that it’s a bit of heavy marketing for fried chicken, but even stripped of its attractive branding and froufrou, the food can no doubt still speak for itself.

While Tetsuo built its cult following around their umami-flavored chicken and karaage, their current menu has made room for more East-Asian variations, including soba, pork bao, and the newly-debuted torched salmon bowl. The best part? You don’t have to empty your wallet to keep your belly full. With that, Tetsuo is elevating the standard for fast food and changing our perception of what a food joint can or cannot do.

Tetsuo officially opened its doors last April 27, but we were lucky enough to get first dibs at the VIP Launch, where guests were also treated to performances by similarobjects and DOUGHBOY. Personal tip: don’t skip on the bao, and do wash it down with the Mexican cola.

Check out the event in photos below.

4 quirky pop-up street food stalls to look out for