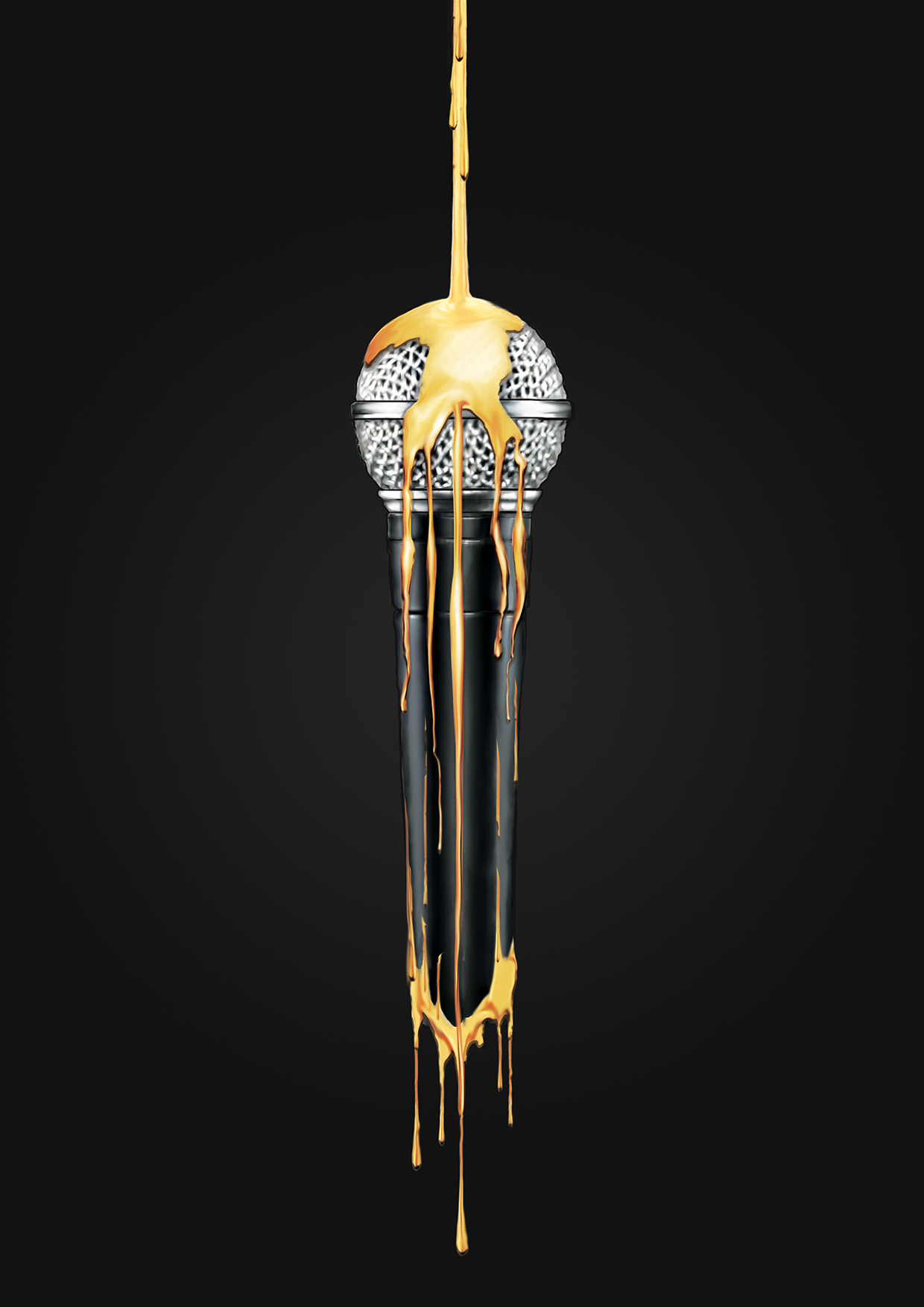 It was in the summer of 2013, while on a quest to distract myself from my existential banality, that I chanced upon a spoken word performance for the first time. It was a video of Sarah Kay performing her piece entitled B during the 2011 TED Conference in Long Beach, California. She spoke about the life lessons she wishes to impart upon the daughter she may one day have. By the time she finished, her words left a mark on me, like the melody of a song. I found myself in between a state of trance and a wanton need to learn more about this thing they called spoken word poetry. By sunrise, I had already scribbled down my own story into lyrical verses on a piece of parchment, wanting nothing but to perform it on a stage. I was hooked.

Spoken word is a form of performance-based art that encompasses various elements of storytelling, rhythm, and wordplay through poetry. It is, in simpler words, a marriage of poetry and theater, one that brings literary devices found in traditional and contemporary forms of poetry to a physical stage, and can even elevate itself with the use of music and theatrics—an alchemy of art forms, so to speak.

In essence, spoken word and written poetry are both governed by similar rudiments. Their method: calculable and yet fluid. Their appearance: sober and yet sublime. Their impact: thought-provoking, rousing, inspired. Their difference lies in how spoken word provides a poem the capacity to warp and mutate at the cusp of an artist’s performance, in the way a piece can convey entirely different things, depending on who is performing it, or what emotion the artist is harnessing, and how it is interpreted both by the performer and by the listener over the course of its unfolding.

Academics argue that its origins can be traced as far back as the invention of language itself and the discovery of rhythm and beat. What started as a common staple in underground art circuits in the US, spoken word poetry found its way to our islands through the initiatives of people like Kooky Tuason, who saw a potential for the art to grow in modern Philippine culture. Gathering around in groups to share stories and ideas is, after all, an intrinsic part of our tradition.

But what makes our local spoken word scene unique is how the craft brought to us as a mere foreign influence is combined with distinctly Filipino styles that have evolved through years of Balagtasan, folklore, and other literary components that collectively conjure our own stories using our own imageries.

Apart from the fact that we are a country of gifted writers, we are also armed with a language that is already poetic and lyrical by nature, each syllable rolling out of our tongues somewhere between a hiss and a whisper. Local spoken word poetry found its home in art districts, basement cafes, and on some days, even along the cobblestoned streets of Intramuros, thriving through the efforts of poetry groups like Words Anonymous and White Wall Poetry, as well as independent artists whose words reverberate throughout various parts of the country.

While gradually gaining momentum and graced with a steady audience, the local spoken word scene truly took off in early 2015, when various media platforms started gearing their spotlight on the art form. From breakfast news segments, to magazine and online features, all the way down to documentaries and even Boy Abunda’s eponymous late night talk show, spoken word became the new dessert treat everybody wanted to sink their teeth into. It provided not only access to what is often portrayed to be a purist, neoclassicist art form, but it also allowed enough room for creative freedom among artists to cultivate the craft by incorporating modern hip-hop, regional slang, and even offensive language, making it consumable to a wide range of palates.

The art form has gotten so big, it was even allotted a few minutes in the elusive primetime slot of one of the biggest networks in the country. After going viral with the piece Ang Huling Tula na Isusulat Ko para Sa’yo, Juan Miguel Severo has since performed a number of original pieces as Rico, a recurring character on the hit show On The Wings of Love.

With soaring numbers that rival those of viral Internet memes and vine videos, exactly how has the culture of spoken word poetry progressed in Philippine context?

Some critics contend that the commercialization of local spoken word is slowly killing the art form. I would like to argue that the crime, if any, does not stem from commercialization itself, but from the propensity of artists to compromise their artistic integrity in order to fit popular sensibilities. I realized this one morning long ago, when I woke up upset to the news that Alodia Gosiengfiao “sold out” to mainstream television by agreeing to co-host the variety show “Laugh Out Loud” on channel 2, opposite Luis Manzano. The realization came when upon writing down my thoughts about the news, I couldn’t rationalize my frustration. There was something instinctively despicable about it, I was sure; I simply couldn’t point out exactly what. It was then that I realized that commercialization wasn’t the culprit. Neither was Alodia. Unless she altered the way she dressed or the way she behaved to fit industry standards, then I’m not sure if there was even a crime at all.

But I deduce that the intuitive distaste for anything that is sensationalized isn’t completely unfounded, either. The same way Star Wars fans who have religiously followed the franchise tend to harbor hatred over public declarations of fanaticism from its more recent, younger fanbase, as if appreciation for the arts is only valid when it is monopolized by an elite few. And that is an understandable reaction from a society fixated on exclusivity—whether it is about patronage towards certain indie bands we would rather see struggle than have their music be played over the radio, or the permeation of a once rare art form like spoken word.

The problem is frankly quite egotistic. It isn’t that the art is being watered down by mainstream taste. It’s that perhaps all along, our highbrow affinity for the art isn’t as uncommon as we originally thought. Granted, commercialization presents a certain allure for artists to trade their own creative inclinations in favor of the coveted audience approval. But it is important to note that these are artists who have performed and immersed in the craft in nearly empty cafes, commuting to attend gigs they could hardly afford, long before a commercial market took notice. They are the people who strive for the arts, regardless of how harsh the conditions can be.

The question now is, have local artists compromised their craft? And if so, does that necessarily pose inherent harms?

I am inclined to believe that the answer to the first question is a resounding no. Society may misconstrue spoken word as an art limited only to the discussion of hugot feelings or matters of heartache because of how it’s packaged by the media. But I contend that that’s still better than a society oblivious to its existence altogether.

If anything, we are accorded with the golden opportunity to learn more about the craft from here on. And it goes without saying that even spoken word pieces that do appeal to commercial tastes plastered all over social media certainly meet some standards of quality, too. Remember that popularity is not tantamount to mediocrity. Artists do not lose themselves by virtue of an acquired fanbase. Perhaps they just happen to be really good at something people happen to really like.

But let’s assume some artists do sell out—I’d like to believe that it’s still fair game. After all, the art scene, as with the art itself, is not strictly black or white; in the music industry, we recognize that pop music and underground indie music are both valid, each with their own merits and their place in the circuit. It’s all a matter of exploring the spectrum of colors that bleed in between.

Spoken word poetry is a melting pot for artists of varying inclinations: where people who write about things as banal as getting over an ex-lover can, in fact, coexist with the likes of Ayrie Ching, a writer based in Mindanao, who performs original pieces about the plight of the Bangsamoro and the Moros’ struggle for self-determination; where Abby Orbeta, a member of Words Anonymous, can perform a piece about the men she met on Tinder in one poetry night, and perform one that demands to raise awareness on climate change in another; where Juan Miguel Severo can spew poetic verses about love lost and love found across TV sets, and still manage to harness the same craft in an intimate gathering among Lumad tribal leaders and their members in Liwasang Bonifacio.

Yes, there are inherent harms to commercialization, but only when artists lose their voice. And we can ascribe as many textbook definitions to the art of spoken word, but to many, it will always be an aid to where our own voices fail.

The first time I encountered a spoken word performance was through a computer screen: nothing but Technicolor images dancing across a 12-inch flat surface, the words blaring through my headphones, and my unperturbed disposition collapsing at the mercy of an unreliable internet provider. I may not have realized this then, but through the mouths of these artists, I’ve seen my own truths spilled before me—in every metaphor, every shout, and every whisper.

I saw in spoken word poetry an outlet for my own convictions: may they be about a heartache I sought to endure, or a cause I sought to champion. Perhaps even both at the same time. We once felt the need to cut our skin to set free all the words that tried to fight their way out of our bodies. In this art form, we have allowed these stories to bleed freely from our own lips. And I sincerely look forward to the future of local spoken word poetry, may they happen under the spotlight of nearly empty cafes along the hidden streets of Manila, or flickering from a TV screen.

This article originally appeared on the March 2016 issue of Scout.

SHAREIf we were able to immortalize Harambe, maybe we can do it again...