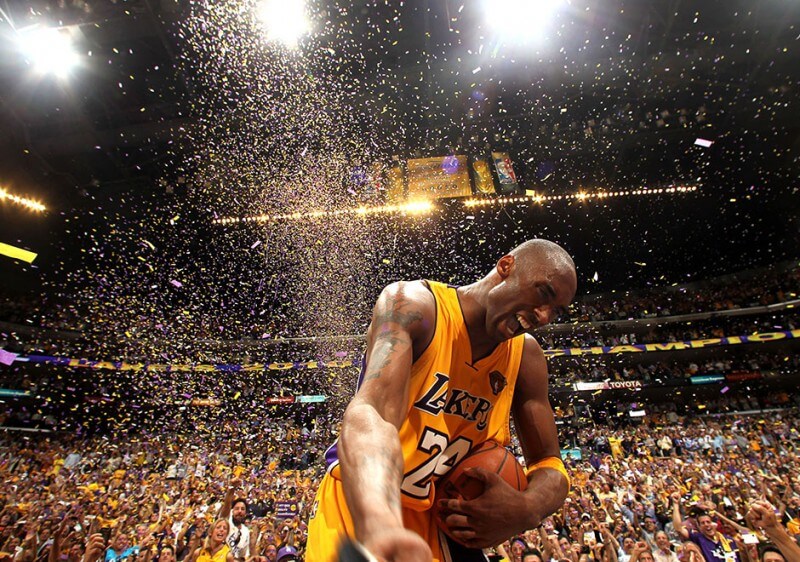 He went out as only Kobe Bryant could, torching the Utah Jazz for 60 points—the most for anyone in his final NBA game—while leading the Los Angeles Lakers to a comeback victory, 101-96.

Before the game even began, there was a buzz inside Staples Center you could feel, even just from watching it on TV halfway around the world. Sure, there were no stakes to play for—the Jazz had already been eliminated from playoff contention after the Houston Rockets won against the Sacramento Kings earlier in the morning—but this was the final game for one of the greatest players in the history of the sport.

As soon as the broadcast began, video tribute after video tribute aired, featuring anecdotes, clips, photographs, everything that could celebrate Bryant’s career. We heard from his coaches, fellow superstars, teammates past and present, all of whom had nothing but good things to say to the Black Mamba.

On social media, the hashtag #MambaDay trended as everybody took part in paying tribute to Kobe. Twitter even added an emoji of Kobe’s signature sneakers to the hashtag, which was pretty odd considering they could’ve just gone with his logo or the viper we’ve come to associate with him.

Even NBA players got into it, with these tweets coming in from Kobe’s peers and former opponents:

Talent. Passion. Dedication. Killer instinct. He had it all. #MambaDay

As early as yesterday, Nike came out with possibly its last ad featuring Kobe Bryant, which played very well on how his career had been as polarizing as he was brilliant.

You have to love how Phil Jackson and Jeannie Buss appeared as Kobe’s old coach actually sang. And props to Paul Pierce and Rasheed Wallace—two of Kobe’s biggest rivals en route to his five NBA Championships—for also expressing how they’ll miss hating Bryant, along with every team (and country) whose hearts he broke along the way.

Even NBA 2K got in on it with the timely release of the legend edition cover of NBA 2K17, featuring none other than the Black Mamba, and several physical and digital add-ons that will give fans the chance to appreciate Kobe’s greatness one last time. 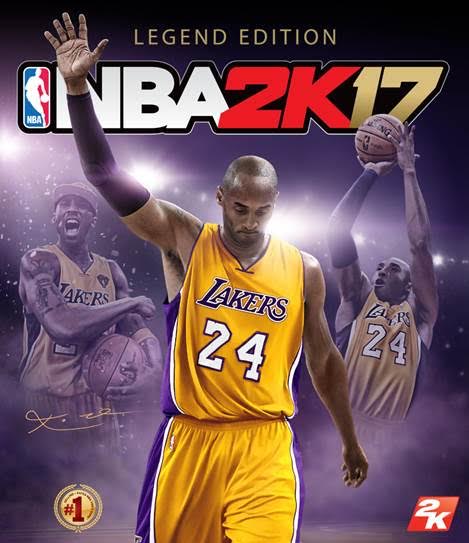 It was a thrilling experience to witness, even for someone like myself, who grew up hating and resenting Kobe Bryant and these Lakers. Time and time again, they took playoff series and championships from the teams I rooted for. And yet, I found myself getting emotional as the game went on because Kobe was as big a part of the narrative I followed as teams like the Rockets and the Celtics themselves. They say that to make a good hero, you’ve got to have a great villain, and for fans like me who loved to hate the Lakers, Kobe was that foil. And he was a damn good one.

When all of his former teammates came out to greet and congratulate him, I was shocked to see that a lot of them actually made their way out on the floor. There were the obvious ones like Derek Fisher, who entered the NBA alongside Kobe in 1996 and won five titles with him, and the likes of Rick Fox and Devean George from those 2000-02 championship teams.

And then there were the odd appearances from guys like Chris Mihm and Adam Morrison, who made me wonder if any of those guys legitimately hated Kobe in real life, so they were there just for show.

And then there was Lamar Odom, who made everybody watching feel sentimental because it was no secret how close he and Kobe were. Plus, Odom’s trade to Dallas in 2011 was the catalyst to that downward spiral in his life that eventually led to that near-death experience.

When he addressed the crowd after the game and said that “no words” could describe how he felt, you could tell that this was quite possibly the most real and raw that Kobe had ever been in public. Save for that part where he said he was proud of the down years because let’s not forget that he wanted to be traded in 2004 and 2007.

Kobe also recounted how he’d been told time and time again throughout his career to “pass the ball.” He’d developed a reputation as a ballhog, but he backed it up by being one of the game’s best closers in clutch situations. On this night, however, everybody around him kept telling him not to pass the ball. It was Kobe’s night, and if Kobe wanted to take 50 shots on the way to 50 points, then nobody was going to stop the Mamba. And shoot he did, willing his Lakers to win as he got those 50 points (and then some) on exactly 50 shots from the floor.

Whether you loved him or hated him, there’s no denying that we witnessed one hell of a last hurrah from one of the greatest of all time today. And it was quite fitting that his last play on an NBA court was a lob pass to a streaking Jordan Clarkson, who caught the ball on the other end of the court for a breakaway dunk. It was as symbolic as you can get for a legend who was ready to pass the ball to the next generation.

Thank you, Kobe, for everything.

SHAREFilipino films are more than just a platform for the nation’s favorite love...

SHAREIf ever you decide to get a wheel of cheese (as you casually...