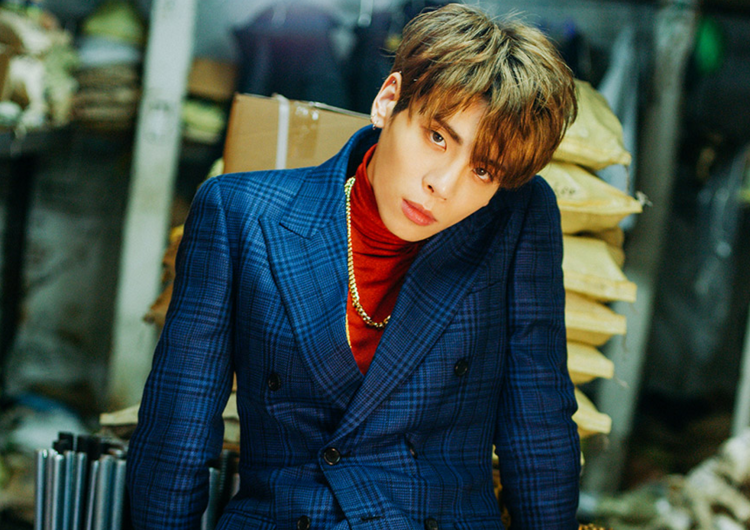 SHINee was one of the first K-pop groups I ever got into, being part of the K-pop fandom for nearly a decade now. They were also the very first group I saw live back in 2009, even before my then-bias group Super Junior, when I was only 16 years old. Songs like “Replay,” “Ring Ding Dong,” and “Lucifer” are classics to me, and Jonghyun was among the group’s most talented vocalists and composers.

Yesterday, when the media had announced 27-year-old member Jonghyun’s passing due to an apparent suicide, I was in a state of shock. Jonghyun had been one of the idols I grew up on. SHINee had turned into a veteran group that released unique concepts and music no other artist could contend with. I couldn’t help but ask, why?

But the more I thought about it, the less I was in disbelief.

With the competitive and harsh state of the K-pop industry these days, why are we even surprised that something as terrible as a top idol taking his own life could actually happen?

It’s no secret that the career of a K-pop idol is a long, hard road that few get to go on. Trainees are often recruited by entertainment companies as mere children or young teenagers, usually without the promise of them getting to debut to the public. They train in singing, dancing, and languages (for international trainees) for many years, and when the lucky few idols get to launch their careers, they’re subject to even more stress and exhaustion. Fans are no strangers to the news of overworked and fatigued idols, who often experience their schedules being packed with shoots, rehearsals, performances, and fan events within such a brief amount of time.

At the same time, expectations for these performers have only become more and more unrealistic. Especially now, in the age of social media, idols are scrutinized for every single thing they do, more so than western celebrities. They’re expected to smile, be unproblematic, and act perfect–one small mistake can lead to criticism and online bashing. This is typically more difficult for girl group members; keep a straight face in front of the public and you’ll be called an ice queen, like former SNSD member Jessica.

In turn, a number of idols have not only gained physical sickness and injury, but also mental health issues. Just recently, Big Bang member TOP was hospitalized for substance abuse. SNSD’s Taeyeon also came forward about ‘getting multiple piercings’ to deal with her depression. Former MBLAQ member Lee Joon has talked about his bipolar disorder in 2010. Before his untimely passing, Jonghyun himself was open about mental health and did his best to advocate awareness regarding the issue of depression within the entertainment industry. He’d written a handful of songs with lyrics alluding to mental health as well.

Mental illness is real and an issue that no one talks about enough, particularly in Korean society. When the news of Jonghyun’s suicide broke, Korean netizens questioned how someone so young, talented, rich, good-looking, and loved could suffer, as Jonghyun said he did in his final text message to his sister. Even a producer for variety show Night Goblin, which Jonghyun had filmed prior to his death, mentioned that he was “bright” the entire time. We can never be so sure when someone is having a difficult period, and most of all, we must never judge them for their pain.

While this is a dark and sad time for K-pop, I can only hope that Jonghyun’s death will not be in vain–that it will tell people to face the reality that our idols are far from perfect. Everyone involved, be it the entertainment companies or even fans themselves, must realize that celebrities are actual human beings as well. No matter how rich or famous, they are fighting their own inner battles and facing their own insecurities. They, too, can develop mental illnesses. Idols are not robots or cash cows for entertainment companies to exploit, nor are they immaculate gods for their fans to depend on, blindly worship, and project their expectations to.

I also hope that awareness for mental health and depression will be more widespread from here on. How many lives must be lost for people to stop stigmatizing those who are mentally ill? Inform yourselves and read up on methods of approaching the issue and the loved ones in your life suffering from mental illnesses.

SHINee’s Kim Jonghyun was a talented and beautiful soul whose life was cut far too short. He was remembered as not only a gifted musician, but also a vocal advocate for LGBTQ+ rights and mental health issues. His light has touched and inspired many. We offer our condolences to his family, friends, members, and fans.

May we all continue to stand by Jonghyun’s advocacies and do our part in spreading awareness and sensitivity on these pressing issues to the public.

SHAREWe’ve said it before, but it still rings true: Art is always political....

SHARE“We’re asking for your support, because we’re just passionate film students making an...