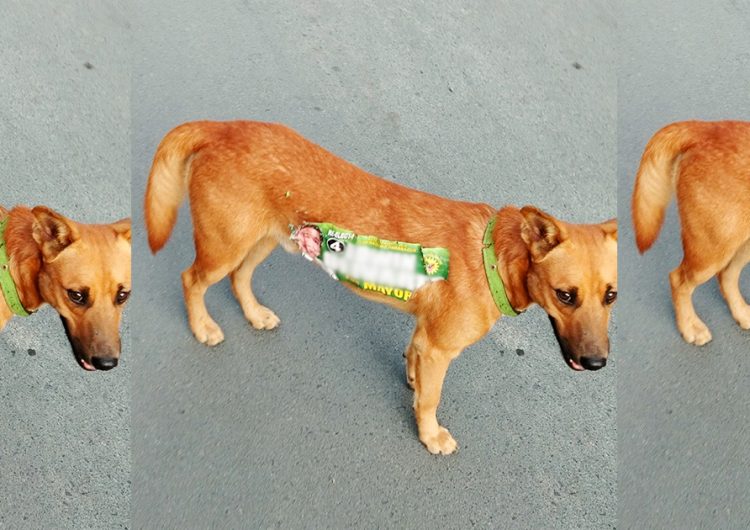 The campaign season is at its peak about a month before the 2019 elections in May. Despite the sweltering heat, candidates are making rounds in their campaign tees, giving out things with their faces on it. Their annoying yet catchy jingles are being played on the streets. And their faces are stuck everywhere. Even on a dog’s body.

On April 6, an internet user posted a photo of a dog with a sticker stuck on his body. The user said he just saw the dog on his way to work. After the post has been made public, it circulated on the internet, even reaching Commission on Elections Spokesperson James Jimenez. In a tweet, Jimenez shared the image with the caption: “Isn’t it enough that politicking has already trashed the country you claim to love, you’ve got to harass dogs too?”

Read also: Gone to the Dogs: How to understand our pets better

“But it’s just a sticker?” you might say. Yes, it’s just a sticker. But have you ever had a sticker stuck on a hairy part of your body and tried removing? Think waxing. It hurts, right? So, just imagine how painful it can be for the dog to have this sticker removed even with the help of oil.

Seriously. Isn’t it enough that politicking has already trashed the country you claim to love, you’ve got to harass dogs too?

This might be considered a violation of Republic Act No. 8485 or The Animal Welfare Act of 1998. Under the said law, it is unlawful to torture or neglect animals in any way. The violators of the law will face consequences including six months to two years of imprisonment and a fine of P1,000 to P5,000.

If you want your pet to take part in the campaign season, do it the right way. You can dress them up in a small “vote” tee. Or maybe you can have a special campaign leash made just for them. Also, as the heat index continues to rise, don’t ever bring them out for campaign rounds. The pavement might be too hot for them to walk on. And if you cant’t really leave your pets at home, let them walk in shade and make sure that they are well-hydrated all the time.

Read also: The “What The Fluff”challenge is a blessing to dog lovers like me

There’s nothing wrong with extending your support for a candidate through your pets. We love a good platform, but we also love beautiful cats and dogs. It only becomes wrong when supporters or the candidates themselves mistreat our furry friends just to advance their political ambitions. And to the candidates, we hope you can remind your supporters to campaign the right way. Without violating any rights, that is.

But since dogs don’t have the right of suffrage, it’s better to, as Jimenez puts in his caption, “Leave. Dogs. Alone.”

SHAREThere’s a lot more left to uncover about Philippine history beyond the stories...

SHAREAngkas has had a strange, strange week. It all started early Monday morning,...