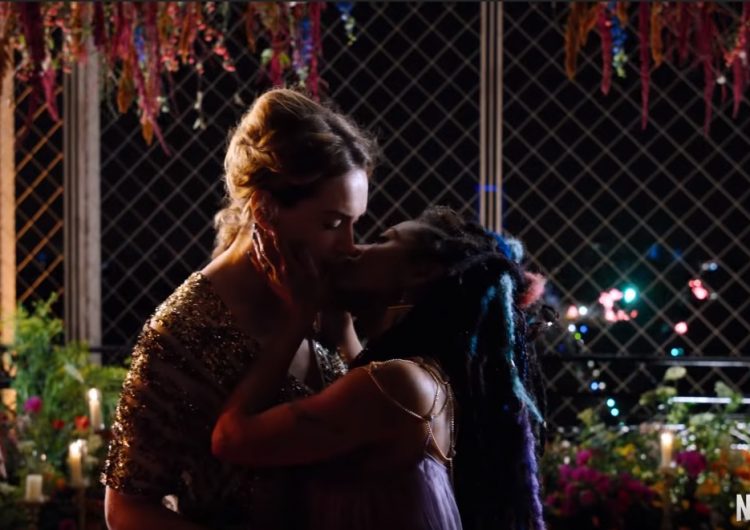 We are so distrusting on the concept of love nowadays. It’s easy to blame the political climate worldwide. Locally, we can easily blame “hugot culture” and its romanticization of unrequited love. It gets worse for members of the LGBTQ+ community and how media portrays love stories under the rainbow flag by having most of it end in death. It happens so often that it gave birth to the trope called “Bury Your Gays”, which honestly, doesn’t need further explanation. Not all queer love ends in tragedy. That’s why the beloved Netflix’s sci-fi serial Sense8 ended more than just their show in their series finale last week —they also buried that toxic trope six feet underground.

Their finale entitled “Amor Vincit Omnia” comes from a quote by the poet Virgil. This is also a line uttered in the episode by Hernando Fuentes as he pretended to be a tour guide alongside our favorite cluster pretending to be wide-eyed tourists in Naples. He translates the phrase into English as “love conquers all things.” This just made the title for the show’s last adventure perfect to a tee. People have a lot of mixed emotions with the show’s final bow. But what they cannot deny is how the creators gave their characters, especially their queer characters, a happy ending they had worked hard to get. Mind you —their happy endings didn’t even feel forced.

After defeating the evil men who overtook BPO, an organization that originally existed to protect the Sensates kind, they closed the gruesome chapter behind them by having a wedding on the top of The Eiffel Tower of all places. Is there anything more romantic than The Eiffel Tower? And the wedding that was held there was none other than queer hackers extraordinaire Nomi Marks and Amanita Caplan. Nomi, arguably, had the most difficult coming out arc in the series. A huge factor was her bigoted parents remaining to deny her identity by continuing to call her Michael. There was no bigger f’ you to all her struggles and harassment than marrying the woman she loves in a place everyone fantasized of.

Rainbow strapons aside, Sense8’s finale is a love letter to love’s broad spectrum. “We live in a world that distrusts feelings,” says Amanita as she recites her vows to Nomi. The most rebellious act that the show imparts us to trusts those feelings and see where they lead. Not all love ends in a sad, Facebook status. This goes especially for queer love stories —fictional or not. We don’t know about you guys, but Sense8 burying that toxic trope defines 20gayteen for us.

Did the finale make you say ‘yaas’ or pass? @ us @scoutmagph

SHAREIt looks like we’ll be seeing a whole bunch of drooling, yellow-eyed, child-eating...

SHAREThe things we do for content these days. Paranormal research group The Dark...