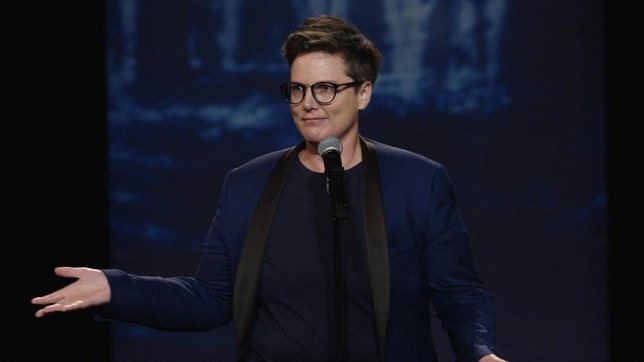 I started loving comedy in high school. I consume all types of comedy: sketch comedy the likes of “Saturday Night Live” and “Key and Peele,” improvisational comedy and stand-up. I don’t have expertise on the form, but I can claim one thing: I have seen enough to know that Hannah Gadsby’s “Nanette” flipped the genre of stand-up comedy upside down.

The Australian comedian blew our minds with the heart of her special. It was unusual hearing such an announcement in the middle of her set. Regardless, she did it. “I’m quitting comedy,” she declared. She quipped that it might have been the wrong venue for such an announcement. Either way, the audience gave her a few laughs.

Nothing was off-limits for Gadsby, covering topics from Trump, the #MeToo movement and the cultural and political positioning of the straight cisgender man in the modern arena, among others. The show deals with jokes about her personal life. Ranging from living in the small island of Tasmania to jokes about her queer life she has branded as “lesbian content.”

When someone like Hannah exists in the margins of society to perform self-deprecating humor, it is not humility but rather humiliation.

When someone like Hannah exists in the margins of society to perform self-deprecating humor, it is not humility but rather humiliation. For a few laughs, we kick ourselves in the proverbial gonads to be allowed to speak, to seek permission to speak. She overcomes this by refusing to become the butt of the joke.

Her masterful ability to create and defuse tension is on full display. Her stories are told in two parts. Her one-two punch was the set-up and the punchline. Gadsby turns the table on the audience when a joke she told earlier in her set, (a man almost beat her up when he confused her for a man hitting on his girlfriend, the man sees her up close and says he doesn’t beat women–“what a guy!” Gadsby quips), she reveals that the man indeed beat her up and was left bloodied and tells the audience that she did not go to the police or the hospital thinking she was worthless. There was no joke this time, no punchline to relieve the tension, this is the reality of Gadsby and many others who identify with her, the tension lives inside with nothing to soften the blow.

She has a parting advice to straight men who might be having a hard time navigating the world where they’re not the only ones being listened to, “pull your fucking socks up,” she says. “How humiliating—fashion advice from a lesbian. That is your last joke.”

As a queer woman navigating a patriarchal society, my identity and experience are strengthened by “Nanette” to take our story and tell it on our own accord. Outrageously hilarious, definitely life-changing piece of art–that’s how I like my comedy.