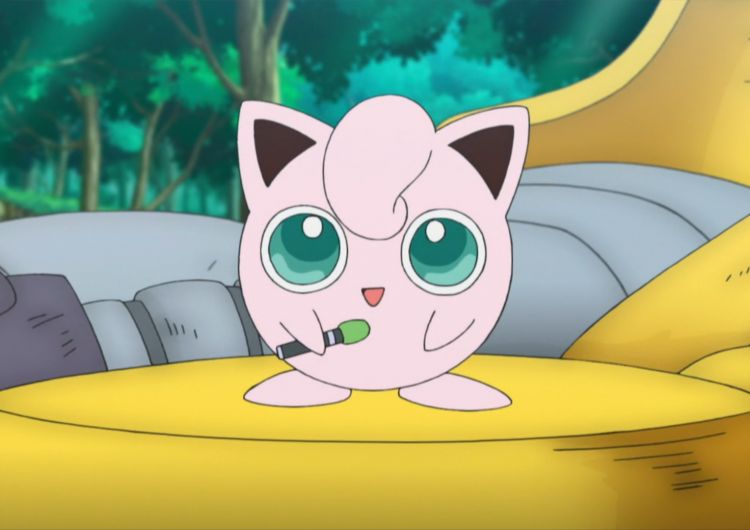 Memes and parody accounts come and go.  Some can get dank really quick in fast-surging tides of the internet. But this might not be the case when it involves a classic Pokémon. Any kid who watched the original Pokémon series or played the old Gameboy games (Lavender Town conspiracies be damned) know the mystical powers of Jigglypuff’s singing voice. That one voice that could put anyone into a deep sleep. Well, guess what? It’s now our favorite meme.

Read more: The new interactive Pokémon game will convince you to cop a Nintendo Switch

It can get pretty upset too if you don’t listen to it, just ask Ash and friends. Best to click that follow button when you don’t want that adorable ball of cuteness to suffer.

While @jigglysinging was just made this month, it has gained a small but dedicated following after Jigglypuff dropped a short clip of the Pokemon singing Charli XCX’s “Focus.” It is still the Pokémon’s most popular release, garnering nearly 2,700 likes and 6,500 retweets since July 25.

Probably shocked by the sudden rise to internet stardom, Jigglypuff took a short break because the Pokémon “needs to rest their vocal cords for tonite and get some sleep.”
Jigglypuff’s manager @ccakeblackwig has closed down requests for now — but it seems that Jigglypuff is back and more than ready to hit the stage again. Let’s take a look at some the Pokémon’s greatest hits (so far).

Read more: We Can’t Believe It Took Them Forever To Put New Pokemon In Pokemon Go

God is a woman and it’s definitely named Jigglypuff:

jigglypuff singing god is a woman by ariana grande pic.twitter.com/7XQwmAh1HJ

still from The Pokémon Company.

“Their songs are really healing.”