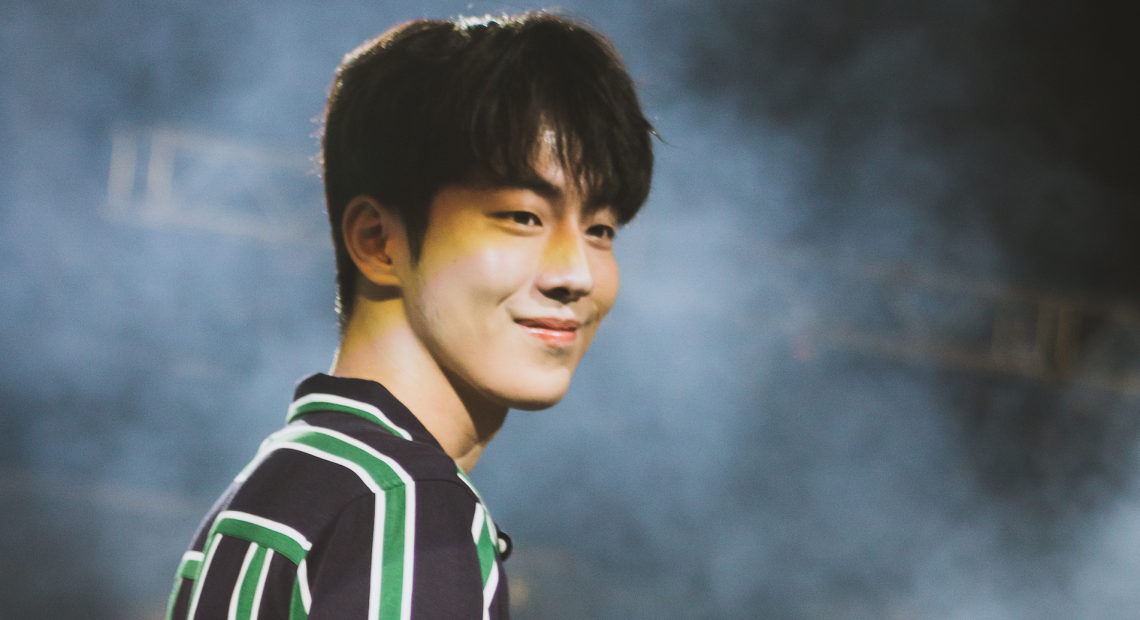 Fans are undeniably the salt of the earth. But when they go overboard, they tend to be the scum of the earth unintentionally. This goes to any fans of any fandom. There would be those bad seeds that ruin the fun for everyone. They may even ruin the image of the fanbase for their idols forever. Sad to say, there were instances from last Sunday’s Fan Con where this unfolded. And it happened to Bride of the Water God star Nam Joo Hyuk during the event’s photo session.

Cringey and uncomfortable are the adjectives one would associate while watching the video. That, and a bit of anger for the Korean stars. The neglectful fans in the video rushed to Nam Joo fast to the point that they pushed 2ne1 member Sandara Park to the side —literally. It got worse when the fans held Nam Joo too tightly as they violate his personal space completely. He felt uncomfortable soon enough. It left him scarred, again, quite literally.

TO ALL THOSE FANS WHO MOB AND HURT JOO HYUK AT THEIR PENSHOPPE FANCON YESTERDAY, FXCK YOU ALL!!!!! WHY DO YOU HAVE TO COME TO THIS POINT! Y'ALL ARE SICK pic.twitter.com/6bbsmgVv5R

The video spread like wildfire after the event. Reasonable fans were infuriated by these fans disrespectful act towards Nam and Dara. This wasn’t the only act of disrespect that some of the fans during the event displayed. People also pointed out how some pushed others while lining up. That, and in a weird turn of events, some chanting “BTS.” No, the k-pop group has no part of the event whatsoever. A couple of people tweeted their discontent about the matter at hand. Some of it in hopes to apologize to their idols on behalf of the fanbase. The others have tweeted their thoughts in hopes to warn and educate their fellow fans.

some fans from the M&G just really don't have manners and discipline. out of thousands of people you are already lucky to have a photo op and to be that close to Dara and Joohyuk no need to grab them. Are you happy now that NJH got annoyed in the end? SMH!!! #PenshoppeFanCon

#PenshoppeFanCon is not yet starting, but the list of disappointments for today is already very long. There are many fans who do not know discipline. Tulakan sa pila hanggang sa nawalan na ng line. And there were fans who chanted BTS' names though this is a DaraxJoohyuk event 🙁

Respect and SELF-CONTROL. If you want to make Nam Joo Hyuk feel at home here in our country, please make him comfortable. We know that you really want to have any skinship w/ him but please, not to the point that you’re hurting him. ? #PenshoppeFanCon #NamJooHyuk pic.twitter.com/62oKsO5YtG

A fan group Nam Joo Hyuk in light of these incidents. They’re hoping to extend their apologies to both Korean stars on behalf of the local fanbase.

The k-pop/k-drama fandom aren’t complete strangers to the claims that they are toxic. Numerous videos and threads online have discussed this phenomenon ever since the rise of the Hallyu wave. A piece from a blog called “The Raver Review” summarized it perfectly. “I believe that selfishness and a tendency to obsessively attach to something are the primary factors behind these personalities. As a result, many Koreans are fetishized and it hurts the culture as a whole. What can be done to prevent behaviors from escalating is to simply try and educate these people. However, this can work only if they are willing to listen and change how they act,” the writer of the blog, An Nghiem assessed.

It might not be the last incident that rabid fans attack their idols in such a way. But like what the piece from An’s blog indicated, as much as we want a safer community, it will only work if arrogant people are willing to sit down and listen. Hopefully, we’ll have safer spaces in the future. This wish is not only for k-pop/k-drama fans, but for other fandoms as well.

Are we done for today? With this ‘AC:NH’ remake of ‘Midsommar,’ we really are

SHAREDoes life imitate art? I guess. After all, Animal Crossing is our life...