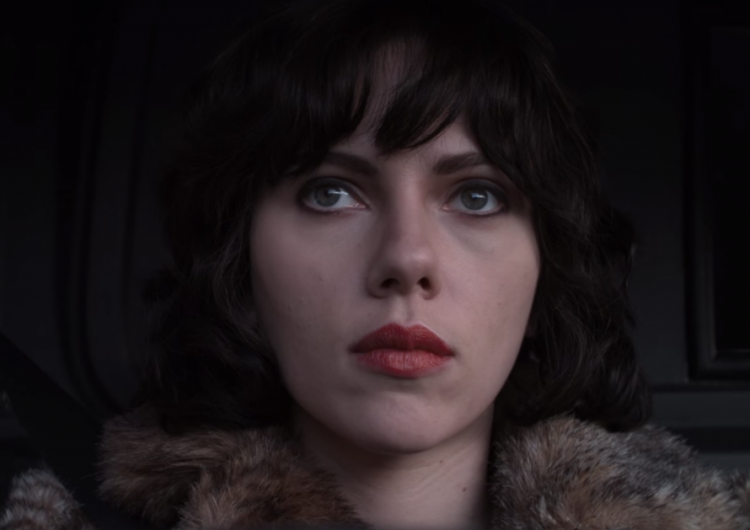 With Hollywood dominated by male directors and actors, the concept of the male gaze remains very much alive.

According to British film theorist Laura Mulvey, it is the act of depicting women and the world in visual arts to please the male viewer. In film, it’s common and still unsettling to see women objectified and reduced to a stereotype. Here are films that subvert the male gaze and refuse to downcast the female to an accessory.

With the premise of an alien disguised as a naked female who seduces men only to consume them, “Under the Skin” is downright creepy. However, it actually talks more about humans than otherworldly creatures. Filmed through hidden cameras in Glasgow, the movie quite literally showcases voyeurism. The alien, Laura (Scarlett Johansson), drives around the city in a white van picking up willing men. It is a subversion of the “white van” concept usually associated with male drivers with sexually-clouded intentions. Overall, the film tackles what it’s like for women to be under the male gaze. The alien subverts this by using the very premise men are guilty of as a means of consumption.

Sure, the movie starts off with two girls running away from their boring homes and responsibilities for a weekend adventure. But with the rape of Thelma (Geena Davis), the ladies decide to not back down and instead commit full-time bad-assery by gunning the suspect down. As if that’s not feminist enough, Thelma and Louise do more by denying the male gaze altogether. The camera does not pan over sexually suggestive areas of the female body, but society keeps turning its head every time the girls walk, suggesting that the girls live in a patriarchal world.

In retrospect, because the protagonists are girls, what we see is the female gaze. Remember that scene where Brad Pitt was shirtless and the light reflected on his sweaty body as the camera slowly and dramatically captured his abs? While the movie indeed validates the opposite gaze, it does this so subtly and harmlessly, which is contrast to the male gaze.

“The Silence of the Lambs”

Perhaps this film is an electrifying take on thriller with crime and murder as obvious premises. However, the film’s real horror lies in the not-so-subtle male gaze that objectifies female protagonist Clarice.

With the audience in her shoes, there is the creeping anxiety of being watched. The prosecutor, Jame Gumb, is caught at the end of the film. However, the character that left the world uneasy is Hannibal Lecter (Anthony Hopkins) despite being caged 90 percent of the time. Hopkins’ portrayal of the psychopath is determined, sadistic and manipulative. He still haunts the protagonist and the audience behind bars. His untainted stares and suave dialogue are horrifying enough.

In two confrontations between Clarice and Lecter, the film reveals the former’s character development, which leads to the subversion of the gaze. In one encounter, Lecter threatens Clarice, “I’ll be watching.”

After scenes of apprehension, she then responds, “You see a lot, Doctor, but are you strong enough to point that high-powered perception at yourself? Why don’t you look at yourself and write down what you see? Maybe you’re afraid to.”

“Frances Ha” is carelessly yet unapologetically fun, which is why it’s so easy to watch. We follow the life of Frances (portrayed by Greta Gerwig) who struggles to ride the contemporary hustle and bustle of New York. With a blunt and happy-go-lucky protagonist, the film is devoid of the male gaze but is nevertheless romantic.

Perhaps director Noah Baumbach’s off-screen relationship with Gerwig explains the wholesome and grounded storytelling despite the frequent mention of sex. The intimacy somehow revolves around female friendship that Frances describes as “a lesbian couple that doesn’t have sex any more.”

Compared to directors like Sophia Coppola who embrace sexuality as part of femininity, this one embraces it in such a natural way that the film refuses to give it importance. In fact, Frances has had meaningful yet innocent relationships with boys and even lived with them without malice at one point. She’s neither what society would perceive as ugly nor “undateable” but the boys call her the latter anyway. It sounds like an offensive word but within the context of male gaze, this is actually a compliment rather than an insult.

Morvern Callar is a twentysomething store clerk and this film is her story after her boyfriend’s suicide. Laura Mulvey’s feminist film theory maintains that female characters are subjected under the male gaze and patriarchal world. In “Morvern Callar,” the actions of the protagonist are rebellious and unhindered in a man’s world, albeit lacking vocal explanation.

Unlike the traditional female obligation to simply react to patriarchy, Morvern prefers to contemplate her next moves. Hence, when her boyfriend passes away, she steals his work and submits them to be published under her name.

Considering that the movie focused on how the lady, rather than mourning, maximizes whatever limited means she has, it’s feminist by being practical. Instead of the traditional dynamic of the lady being passive yet emotional, Morvern is unpredictable and challenges ethics beyond judgment.

My new love language? Sending this to your ride-or-die