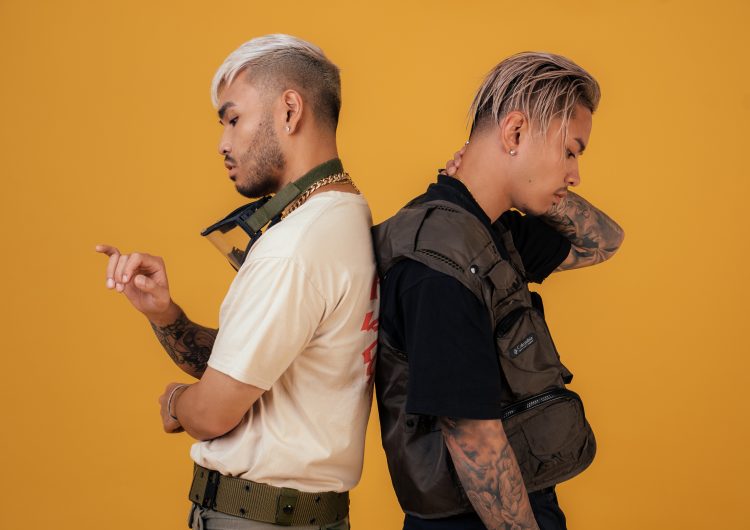 It felt like a homecoming of sorts in the most jarring way. About a month ago, Neeko and Soliven of Manila Grey, along with some choice companions from their 1z collective, headed to Black Market, Makati to perform for one night.

The crowd was dense with people cramming up front. With their entourage, the two headed straight for the stage and hyped everyone up. The phones were up, the crowd sang and rapped along to their lyrics, and the boys looked happy.

Standing beside the DJ equipment and facing the stage, they were primed to end their set with their most popular song “Timezones” from their six-track project No Saints Under Palm Shade. The track begins with the energy up high: “Rollin’, rollin’, rollin’, rollin’ / Island boys we the chosen.” The crowd goes nuts. People jump up and down.

This scene would be nothing new in Black Market, or any other club in Metro Manila, on a good day. This is also nothing new when a performer based outside the country visits to take over one night in one of the many choice spots in Manila. 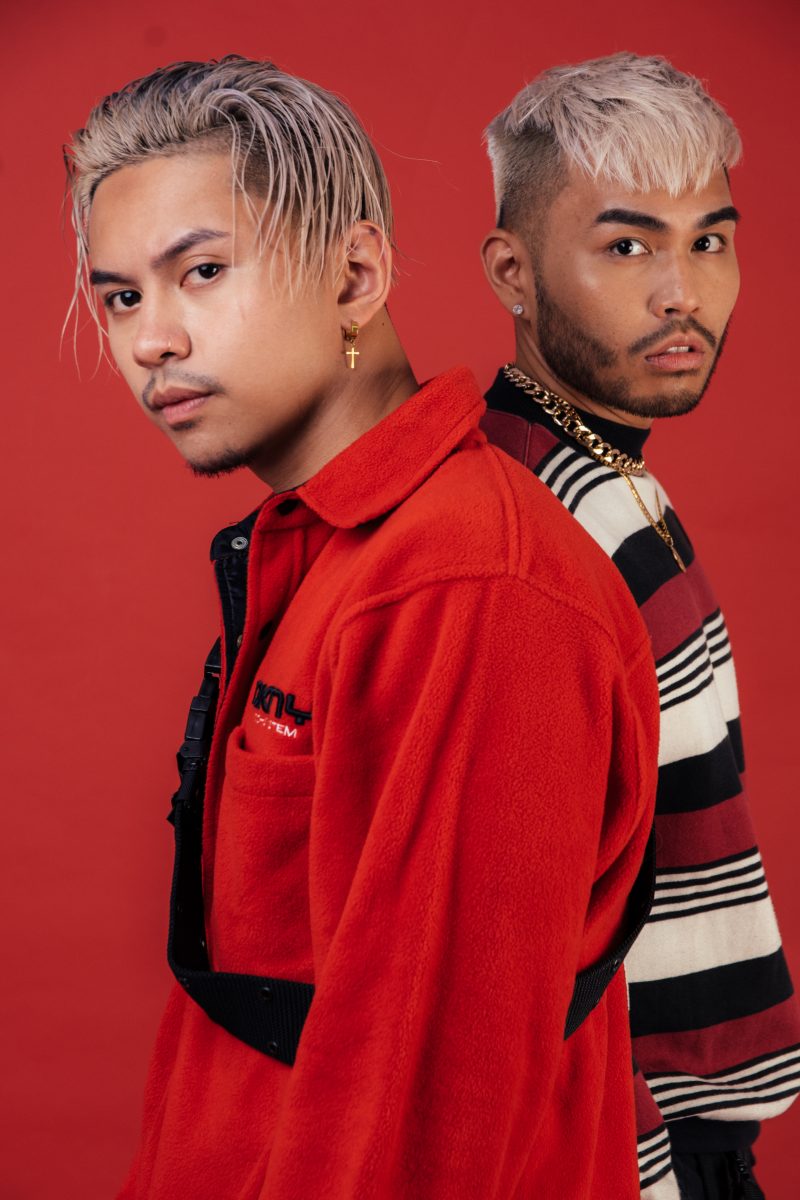 But it’s Manila Grey, two first generation Filipino-Canadian artists poised to make it big in international waters, performing their hit songs in the flesh right here. At one point it was this close to having a moshpit. What was stopping the crowd? The smartphones up in the air. We knew it would be a long time before we would see the duo again.

Beyond YouTube and Spotify, their presence has not been felt in this country by any stretch. But they are here, and they have made their presence known. For other performers visiting Manila, it’s one night of many in what may be an Asia tour or a short detour before performing in a festival in Singapore, Japan, Indonesia or Australia. Manila is just a pitstop in the festival circuit, not the final destination. 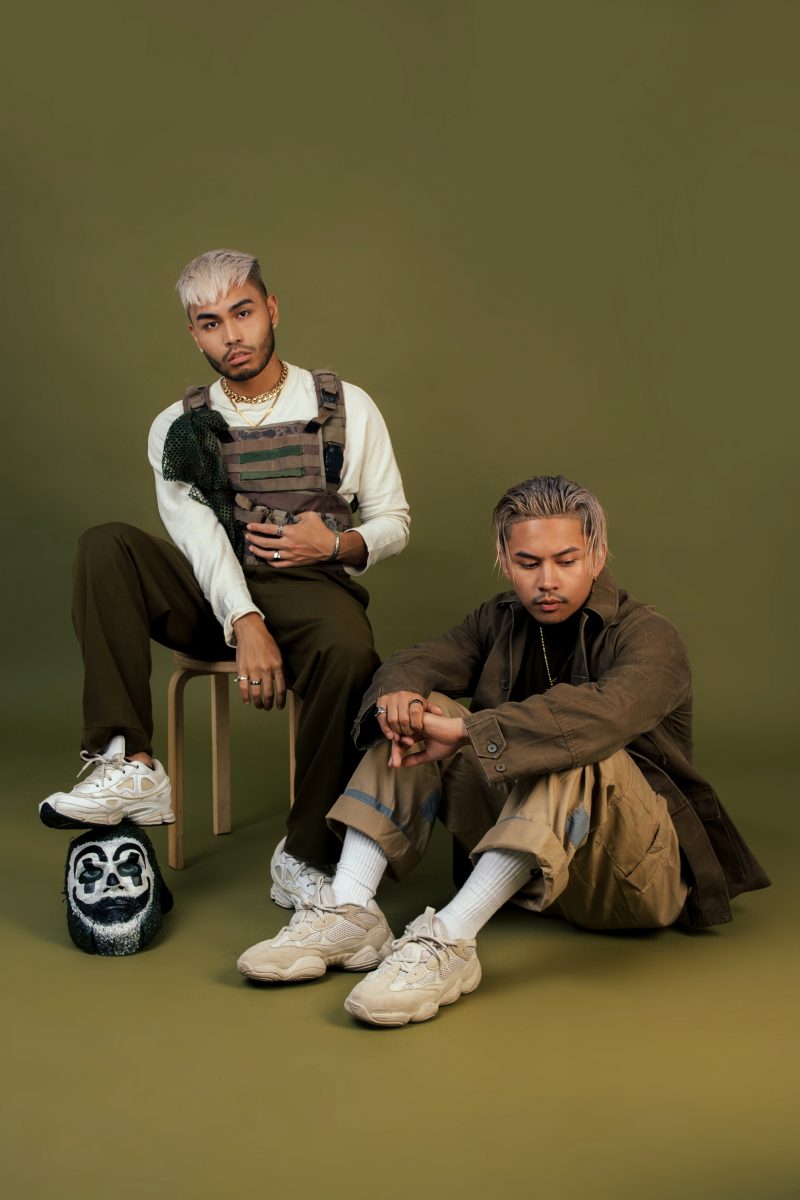 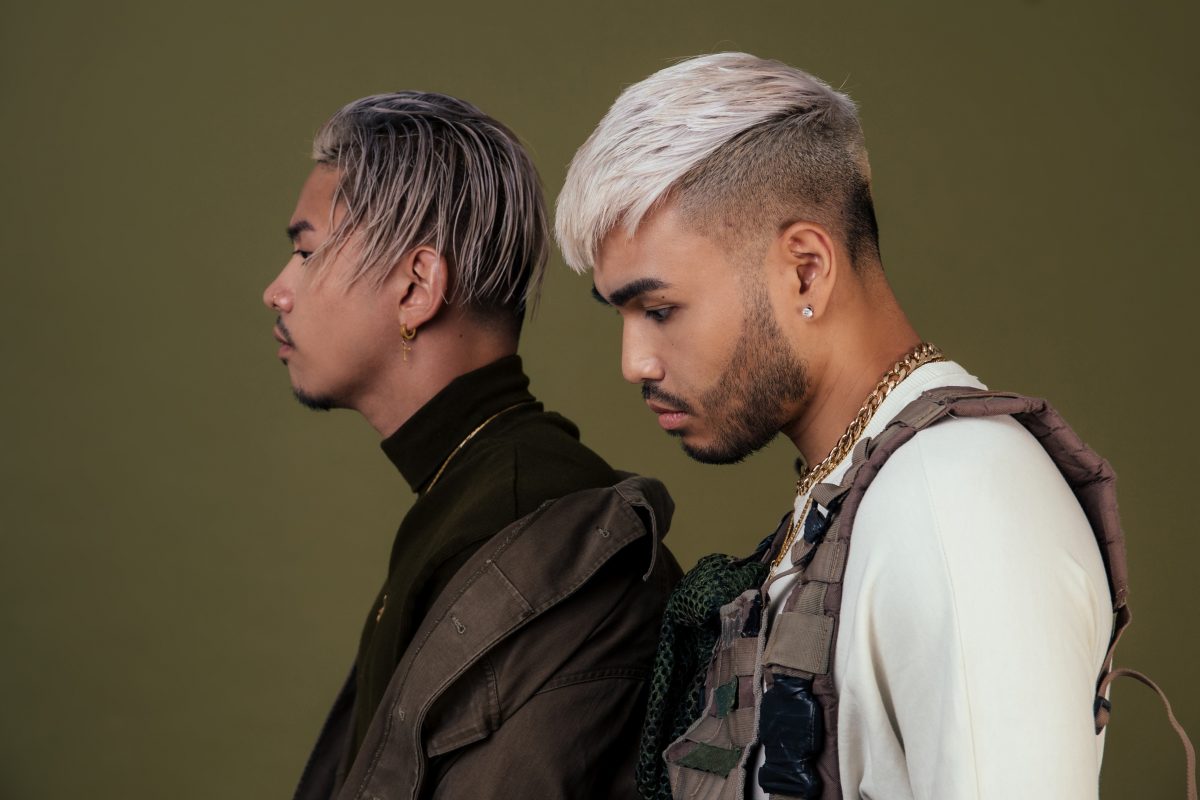 But for the boys of Manila Grey it’s a homecoming, and it’s all because of their name.

With three singles raking up more than a million Spotify plays, Manila Grey are past being considered insignificant, and their devotion from Filipino fans have risen quickly the past few months. They are mentioned in “Artists you should listen to” Twitter threads beside IV of Spades and Jess Connelly, and their names have been uttered in even small and obscure Facebook pages, again grouping them beside upcoming rap artists with the same sound.

After talking to them, everything—the use of Filipino iconography, the “Manila” in Manila Grey—is not just natural to them but also intentional in a way that they want to be seen that way. Branding is becoming more and more a big deal when it comes to music makers; making music just doesn’t cut it. And it’s not just them but everyone: how musicians market themselves could mean as much as the quality of their music. When you reach for mainstream success, publicity comes in many forms. We can be surprised at how low people have gone to get a headline.

Their stay in the Philippines may have been relatively short, but they’ve managed to meet James Reid and the rest of Careless Music for a day in the studio, walked out of the Don’t Blame The Kids flagship store with personalized graphic tees, had a shoot with us at SCOUT, shot a music video and performed in one of the most respected venues in Metro Manila. Their work ethic, their hustle, is what I think is their most noteworthy asset, and their biggest difference with all the other artists carrying the same sound. They’re geared to release a mixtape later this year and a full-blown album by 2019. They’re thinking 18 months ahead. They’re business-minded and in an arena where they’ve pit themselves against the likes of Drake and The Weekend, it’s not as much a positive attribute as much as it is a necessity. They’re hungry for something more. 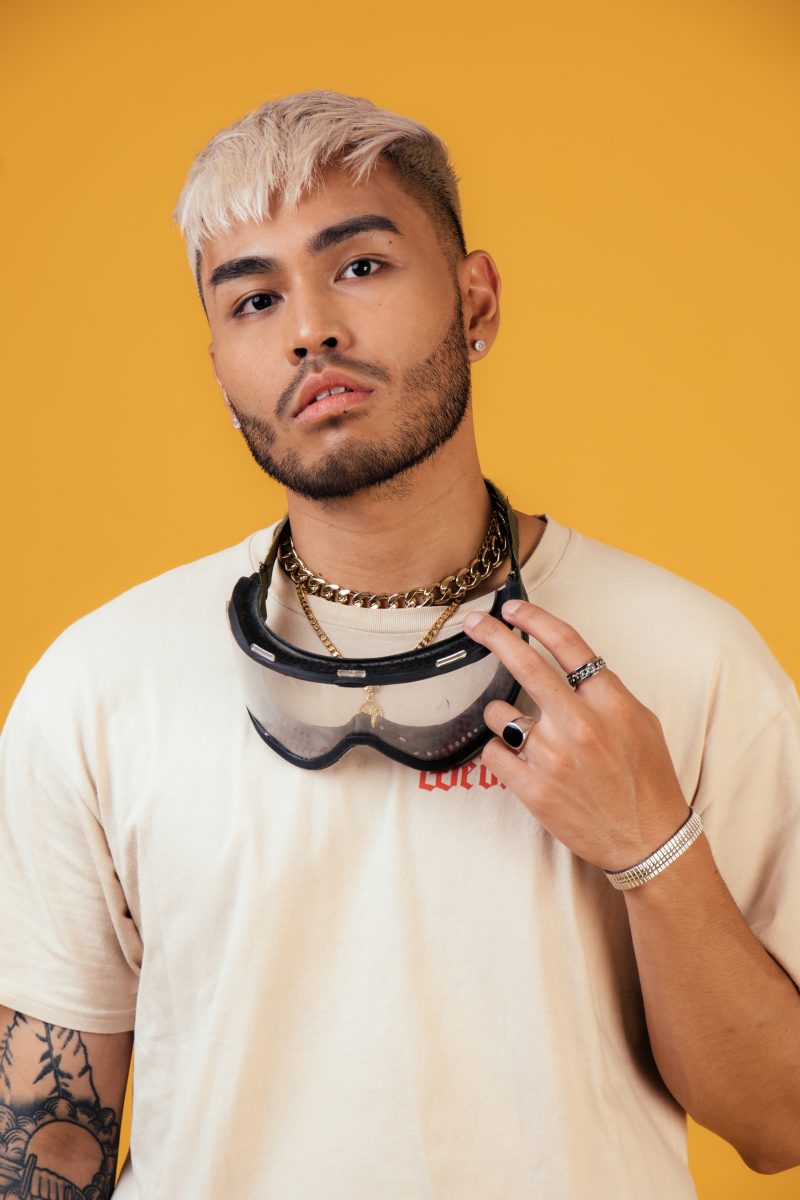 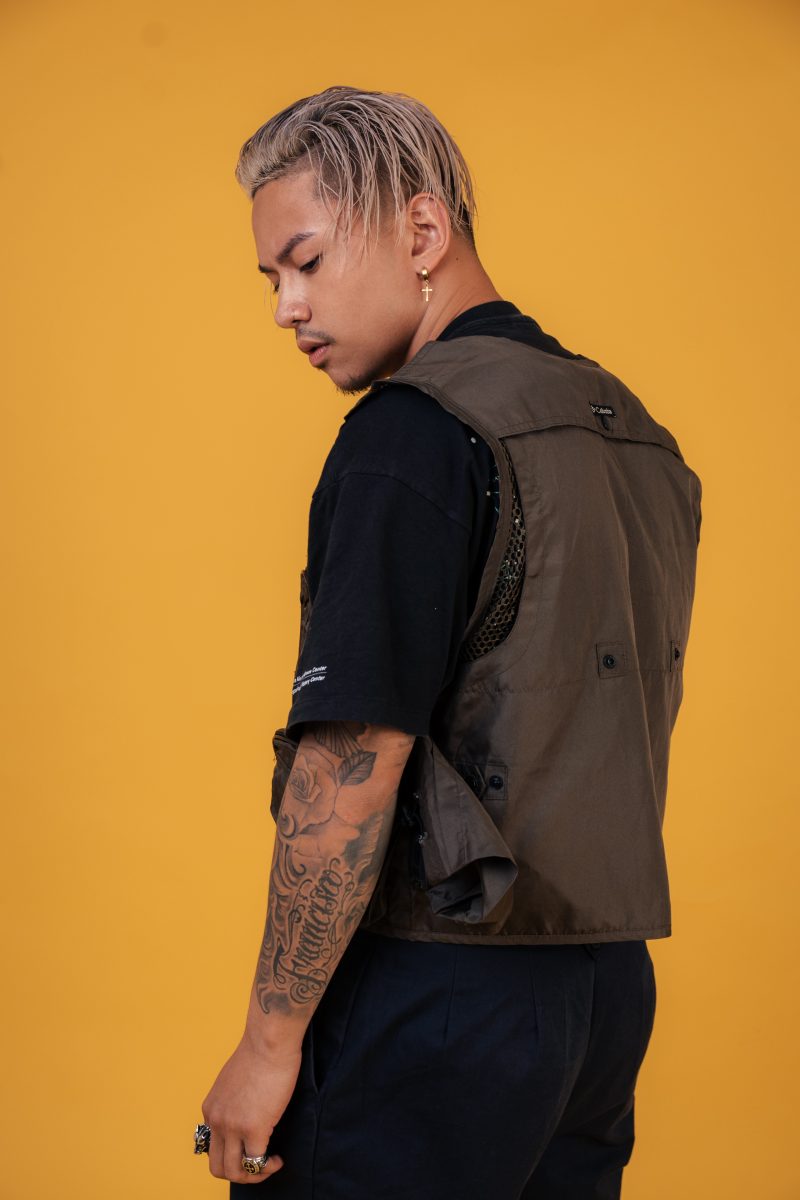 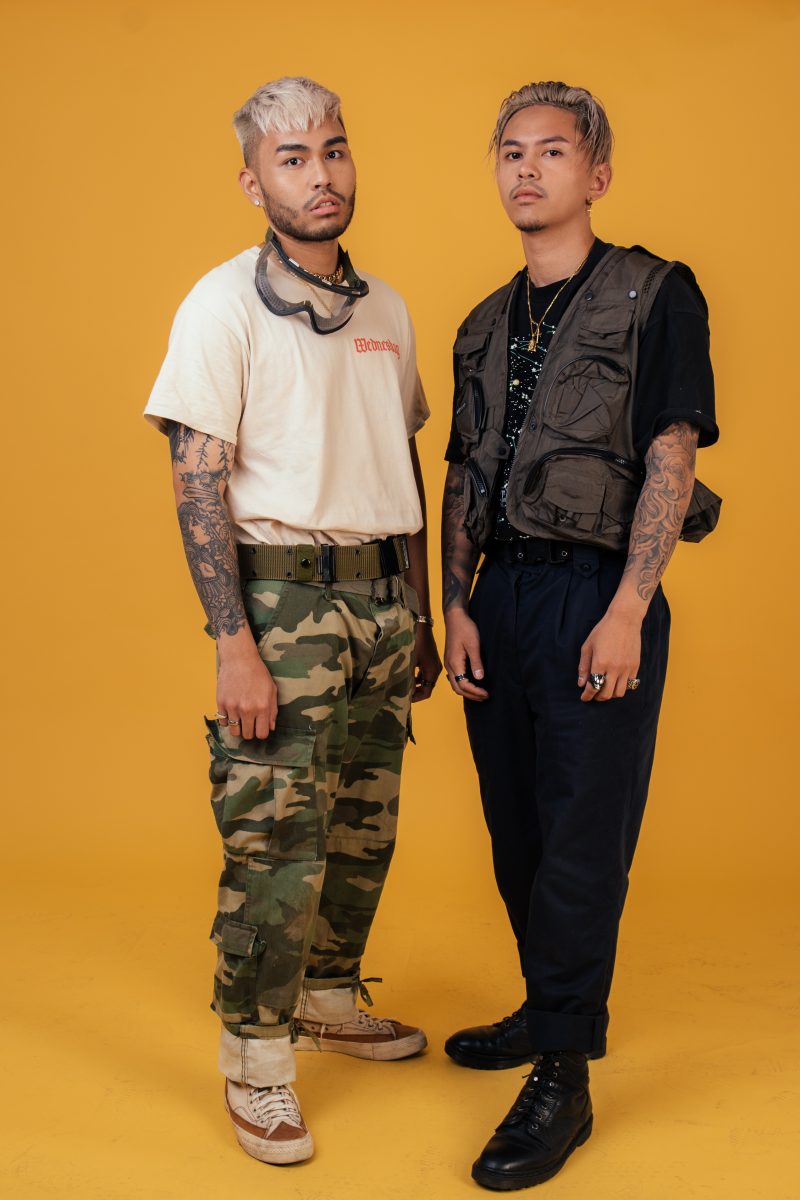 The first time I saw the name Manila Grey was early last year when I was going through a Spotify playlist that included their track “1z” The production (courtesy o producer-manager Azel North) was an airy trap beat and the lyrics were easy to bop to (the song’s chorus is a repetition of “I got the 1z I trust, I got the 1z I trust’). It’s also admittedly on trend and nothing short of an enjoyable track that doesn’t push boundaries or gear for critical acclaim. But more than the track, the name “Manila Grey” already deserved a second look.

The music video for the track pressed deeper into my pending interest: Set in an Asian convenience store, Neeko and Soliven looked at the camera while surrounded by Filipino staples: a rice cooker, cartons of salted eggs and Boy Bawang among others. The top comment in the video says “What a concept! Instead of drugs, maryjane and cocaine on the table [y’all smoking] lumpia and some filipino [food] hahaha.” Funny for those who don’t know what those things are (e.g. non-Filipinos), but I immediately Googled their names and read through all the available information I could find. Who are these guys? And why haven’t I heard of them? They literally have “Manila” in their name.

Set in an Asian convenience store, Neeko and Soliven looked at the camera while surrounded by Filipino staples: a rice cooker, cartons of salted eggs and Boy Bawang among others.

But why do I need to know about them just because they named themselves after the Philippine capital? I feel like I’m not the only one drawn to seeing a glimpse of representation, no matter how disparate or small, in the global stage. 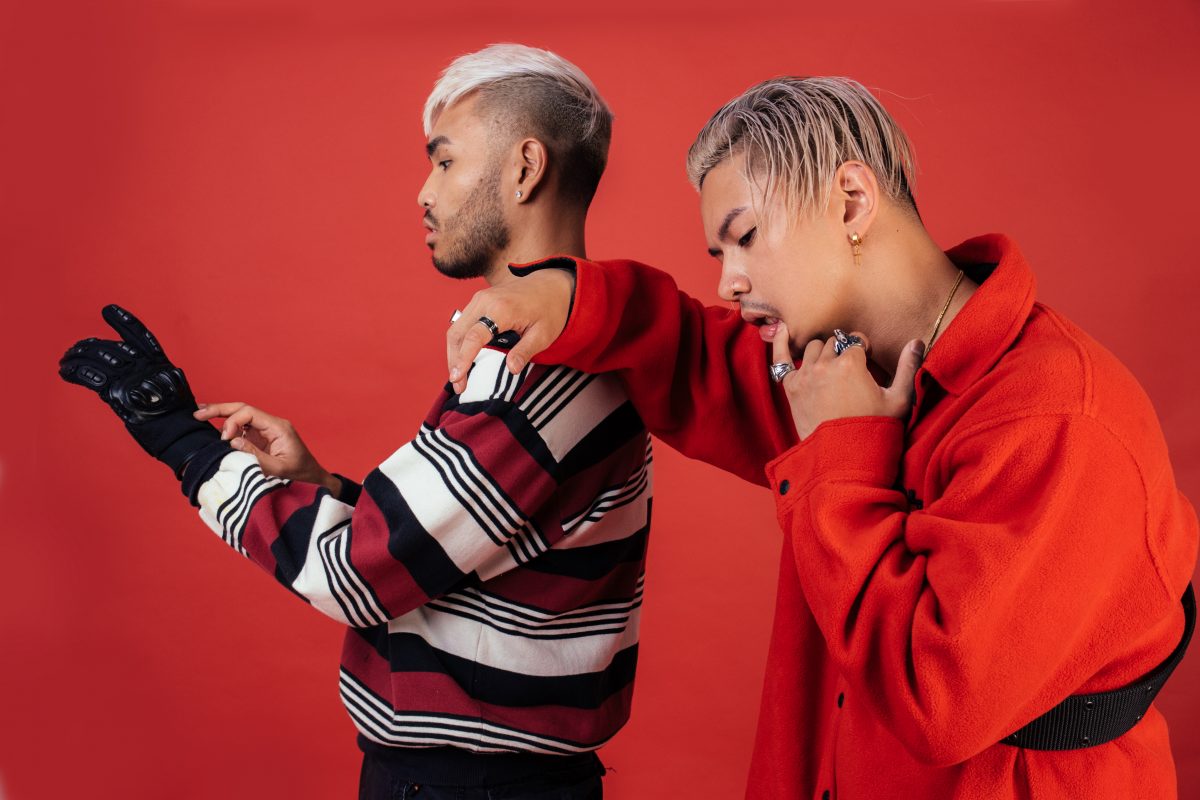 Looking for representation from a Filipino-Canadian rap/R&B duo based halfway around the world seems like a tall order and after meeting them I’ve always been left with the need to repeatedly question my own happiness that Manila Grey exists. Do we need them to represent Filipinos around the globe? Not necessarily. Do we need more Asian representation in international films, television shows and music? Yes. “Crazy Rich Asians” and “To All the Boys I’ve Loved Before” featured Asian leads and premiered a week apart. Would I love to see them join the ranks of 88rising, or probably even OVO? Yes. But maybe that’s not the point.

Their success speaks to the need for cultural representation, but with Manila Grey specifically, the identity is more direct. They sing and rap about their lives as Filipino-Canadians because they are Filipino-Canadians. That’s something we can’t take away from them.

“Filipino pride” has always been thrown around when it comes to these things, but with Neeko and Soliven, they’re aiming for something more nuanced. With the way they position themselves, the way they’ve been received, Manila Grey answers a yearning for a Filipino narrative that resonates with a specific audience: the image-conscious success-seekers who aim for “the good life.” The American Dream of prosperity through hard work bleeds through the duo. It’s distinctly Western to pursue passions and aim for something big, but the Filipino-Canadians are one of many who pursue the dream.  They’re doing something right. 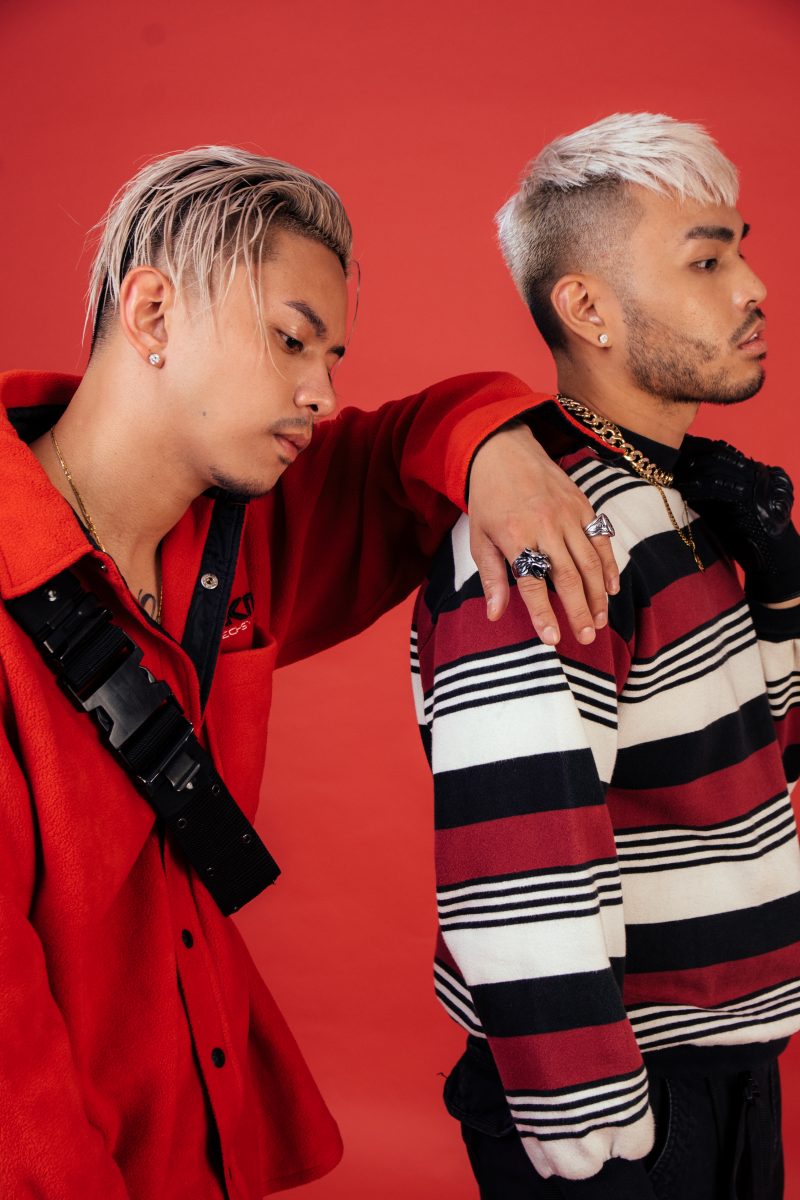 And from what I see, Manila Grey, representing the vast Filipino-Western diaspora, are leaning towards elements of what it means to be a Filipino because deep inside they still want to be in touch with their roots. Soliven, the art director of the group as they put it, injects Filipino elements to their overall identity. Hence the use of baybayin in their visuals. Hence their affinity towards anime from their youth (They’re big fans of “Akira”).

Call their music at its worst: basic, with lyrics that are built for Instagram captions. But they’re no villains. It’s valid for them to find a way to connect themselves to their Filipino identity through what they’re familiar with. To use their identity as their branding is no different from us looking for the tiniest drop of Filipino blood in successful athletes and celebrities across the world. To declare themselves as Filipino is literal music to our ears.

“The Grey is where we create the music. The Grey is Vancouver. They Grey is where Soliven and I completely express what we’ve learned growing up in a different country. ‘Manila’ is just showing love to our roots and where we came from.”

After finding out about their Manila trip, I sent a cold email to the address listed on their Instagram asking for some time in our studio for a shoot. They responded quickly with great enthusiasm. They’re not here to waste their time. As the Genius annotation goes in what might be their most famous line in their currently most famous song, [They] flew in from the East to claim what has always been [theirs]. It’s unapologetic, confident, sly and reflects on what they’ve been working on and where they’re leading to.

The need for proper representation is another minefield to navigate, but for Neeko, Soliven and the rest of the 1z collective, their path to success is also a path towards representing Filipinos worldwide. They have an entrepreneurial mindset paired with an aspiration to put the Filipino identity on the map. Despite their mainstream appeal, their charismatic clamor for fame and money and the hustle they’re employing to get there, we can’t expect them to speak for all of us. And that’s not a bad thing.

SHAREMoney has many names. Dough. Benjamins. Deniro. Moolah. Paper. Cabbage. When we use...