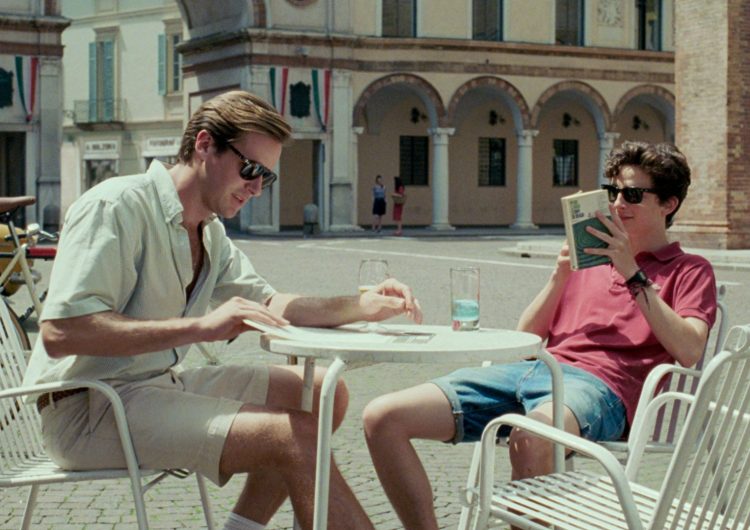 It is the summer of Italy. The grass is green and the flowers blooming. Smell of pancakes fills the room as freshly baked croissants and Italian wine which has no proper time for drinking sit on the linen checkered tablecloth.

The exposition starts when 17-year-old Elio starts to wonder about a man in summer trunks, his polite gestures, the wrinkles on his cheeks when he smiles. Who is he? What does he do? Why am I interested in knowing anyway? Action has risen along with the rise of his hormones. The tension has landed right away like a bomb detonating. Tick. Tock. Tick. The mood is set. And I, as a spectator, couldn’t blink my eyes.

Andre Aciman’s Call Me By Your Name swooned readers at their feet. It caught more attention when Luca Guadagnino adapted the novel into a film and bagged awards: Best Adapted Screenplay from the Academy, BAFTA, Writers Guild, and Critics’ Choice, among others.

Read also: Hold on to your peaches: “Call Me By Your Name” is getting a sequel

Sure, the book and the movie are equally beautiful. But it should not go unmentioned that American multi-instrumentalist Sufjan Stevens also received an Oscar Nomination for “Mystery Love.” The soundtrack of the film was and remains cathartic. One song after another, until unknowingly, you are in a paradise away from reality.

This is why CC:Concepts is excited to offer an opportunity for audiences to enjoy the tracks. The film screening will be accompanied by a live performance by The Manila Symphony Orchestra. Just ’cause.

Call Me By Your Name In Concert with The Manila Symphony Orchestra is happening on the 28th of October, 8PM at Samsung Hall, SM Aura.

If you’re like me who could cry when faced with the scene where Elio stares at the fireplace heavy with tears but couldn’t utter a word, this event is worth checking out. There couldn’t be an event more proper for bawling. More details about it here.

The GT 3 will support your every move and provide training suggestions on...