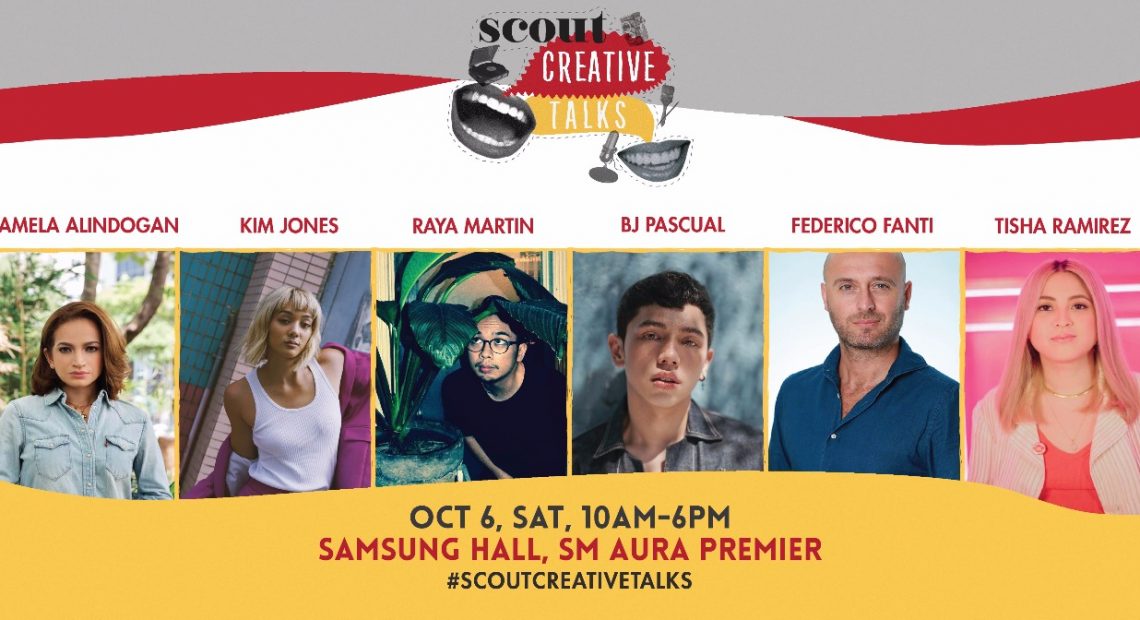 At a world where art continues to innovate and elevate life, the creatives are the new romantics. With the sold-out Scout Creative Talks 2017, this comes pretty evident. Were you part of last year’s crowd and are looking forward to another insightful event? Or are you a new-comer brimming with curiosity, passion and potential who crave words of wisdom from accoladed personalities?

For Scout Creative Talks 2018, we curated a whole new roster for you. Expect inspiring and thought-provoking discussions on the many branches of today’s emerging mediums–photography, film, music, and branding, to name some. This year’s edition of Creative Talks is happening on Oct. 6, 2018 from 10AM to 6PM at the Samsung Hall in SM Aura Premiere.

To get y’all pumped, here’s what and whom to expect: 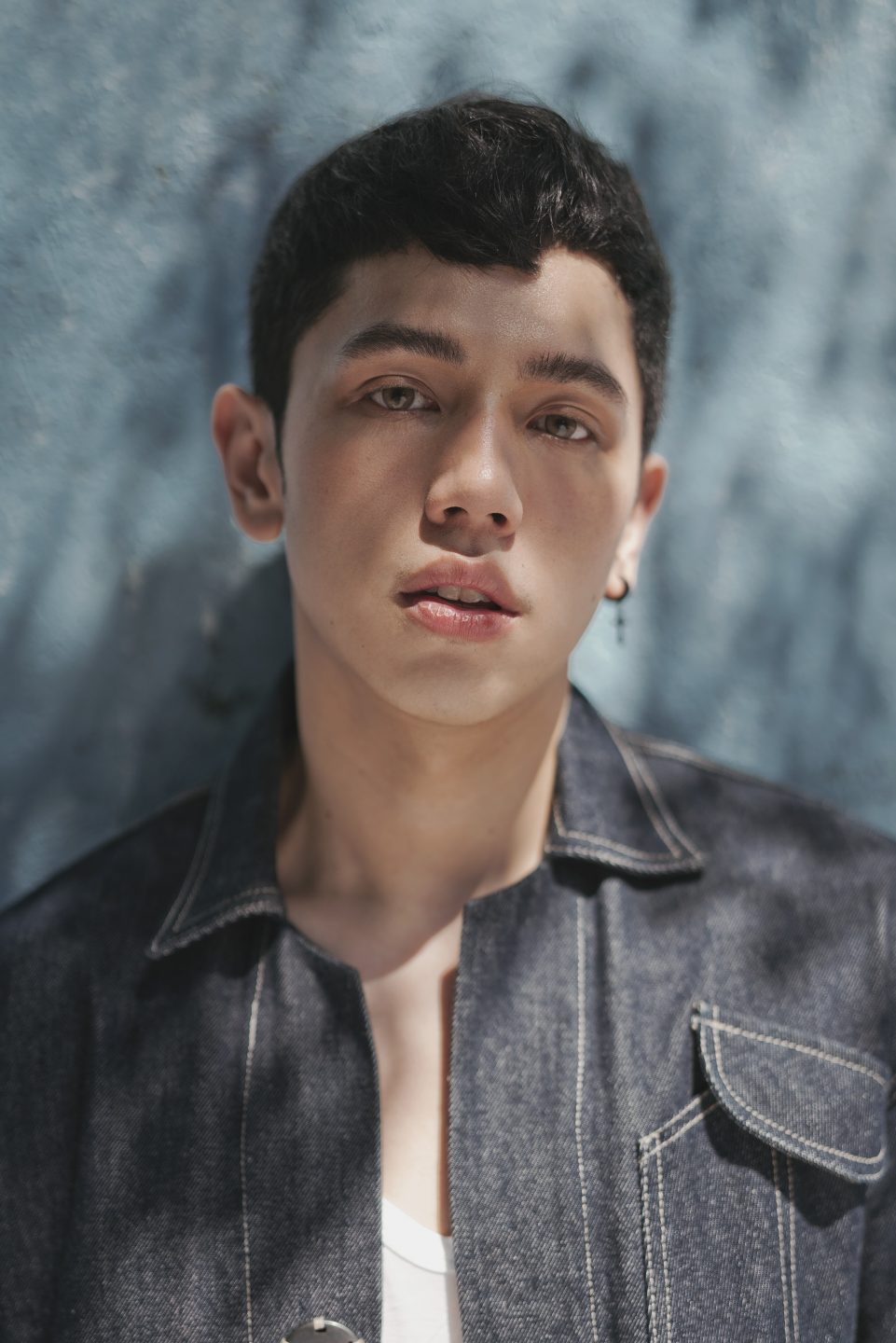 Everybody’s familiar with BJ Pascual. But what you probably didn’t know is BJ took International Studies in De La Salle University Manila. I mean, unless you’re a hardcore fan of his, that is.

Either way, his humble beginning was marked by a start-up t-shirt brand with a few friends, for which BJ Pascual took charge of the lookbook’s layouts and promotional materials. The success of this brand grabbed the attention of some magazine which began a promising career.

Having finished a course quite far from his art, he took up summer classes in New York at Parsons, International Center for Photography, and FIT.

Since then, he has a slew of experience with over 100 magazine covers, and has mustered an immense portfolio from local and international publications and advertising clients. This made him one of the youngest and most successful photographers in the Philippines today. In 2015, he released a book entitled Push: Muses, Mischief, & How to Make it in Manila.

Perfect for: Those in the battle between pursuing passion or something “practical.” It’s not that linear. You might want to learn a thing or two from BJ Pascual. 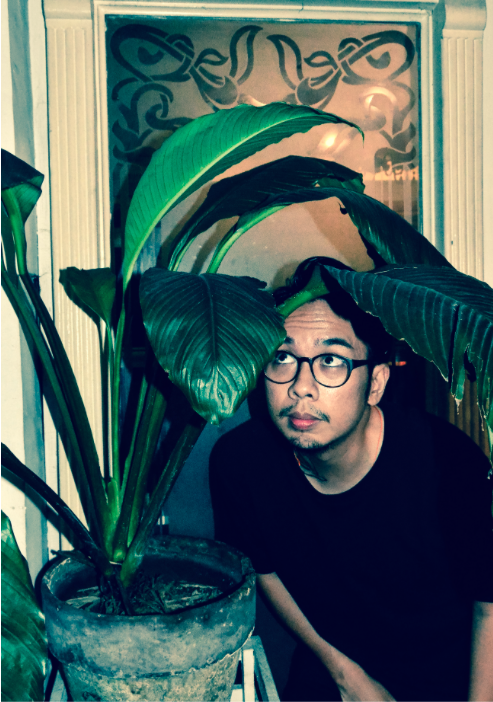 Born 1984 in Manila, Raya Martin at a young age continues to transport viewers into different dimensions through filmmaking. He has directed several features and shorts—fiction, documentaries, installations, and recently performance. His films were screened at the Cannes Film Festival, Toronto International Film Festival, Locarno Film Festival and New York Film Festival, among others. A program of his works was featured in dOCUMENTA (13), Centre Pompidou, Museum of Modern Art and Museum of the Moving Image. He has recently premiered his first commercial movie, the crime drama Smaller and Smaller Circles.

Martin’s breakthrough feature INDEPENDENCIA, which screened in Cannes 2009, was hailed as a singular mix of Filipino history and Hollywood fantasy. His other work featureMANILA proved worthy to screen on the same year. This marked the first time a Filipino director had two films in the main festival.

Taking striking cinematic forms, both his works are inspired by everything from Tarkovsky to The Simpsons. Martin’s daring, restless sensibility continues to suggest new approaches to both narrative and personal history. HOW TO DISAPPEAR COMPLETELY is an unsettling atmospheric horror film with a pulsating John Carpenter-esque electronic score, that premiered at the Locarno Film Festival in 2013. In the same year he co-directed LA ULTIMA PELICULA, a nod to the Dennis Hopper’s cult classic. This also starred acclaimed writer and director Alex Ross Perry as an end-of-the-world filmmaker in Mexico.

He was one of the 50 most important filmmakers under 50 by Cinema Scope Magazine. Martin’s most recent work is the feature SMALLER AND SMALLER CIRCLES, based on the best-selling Filipino crime novel by F.H. Batacan.

Perfect for: Aspiring filmmakers and artists who dream of “making it.” A reminder that big ambitions don’t have to remain as mere ambitions. 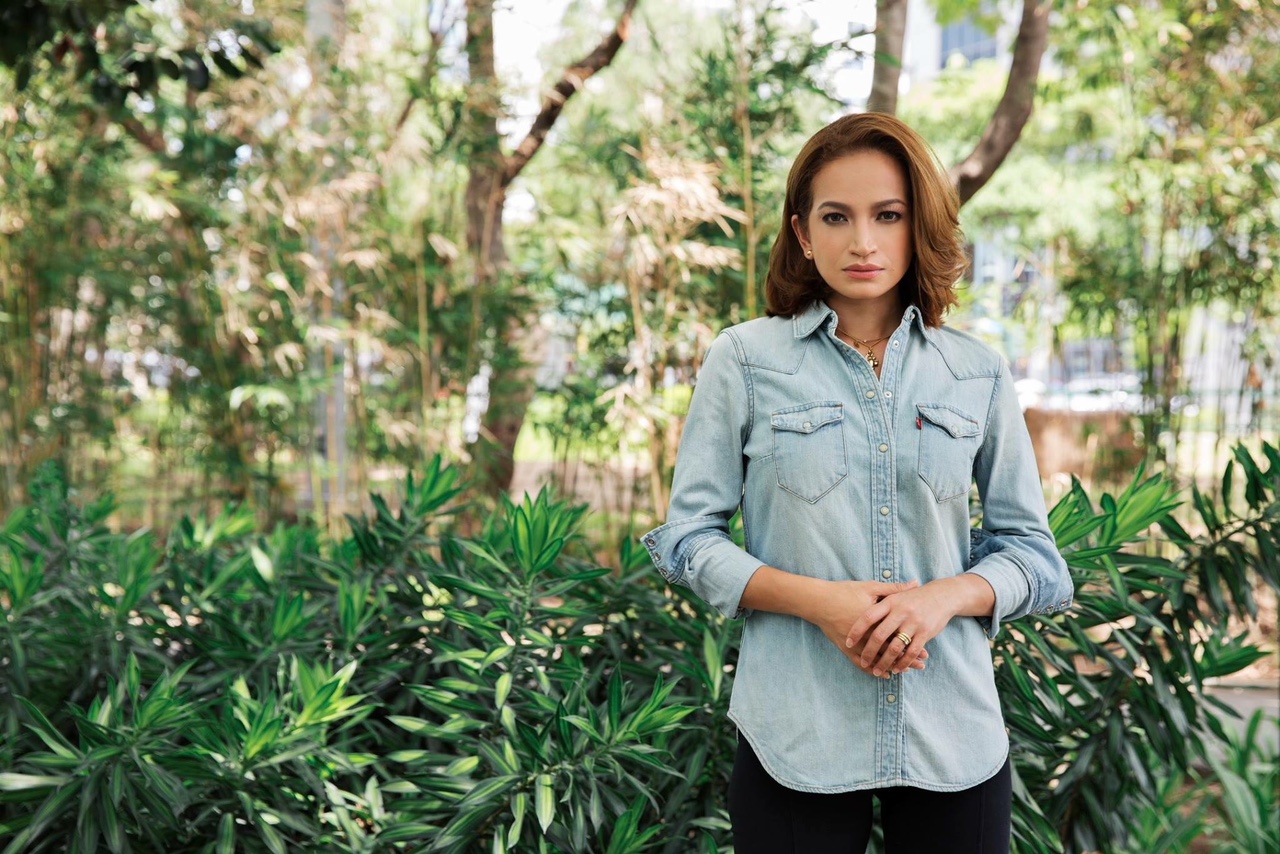 Jamela Alindogan is an award-winning correspondent of Al Jazeera English for over ten years. She covers the Philippines, most of South East Asia and even Africa. Jamela has reported on elections in Indonesia and Malaysia, protests in Vietnam and Cambodia. She has also responded exclusively in many conflict areas, most specially in the troubled region of Mindanao in southern Philippines.

Exposure to the aftermath of war that has destroyed the houses and schools has impelled her to co-found SinagTala Center for Women and Children in Conflict. This is a group that sends aid to women and children in conflict zones with a focus on war survivors. SinagTala has opened toy libraries in Basilan, Tawi-Tawi, Marawi, and in the towns of Butig and Tamparan in Lanao Del Sur province. Jamela has also set up two weaving centers in Marawi. These provide training and psycho-social assistance for women who have lost their homes and livelihood in the war.

Perfect for: Those who want to reach people through storytelling. This is a wake-up call that stories don’t have stay in the books. 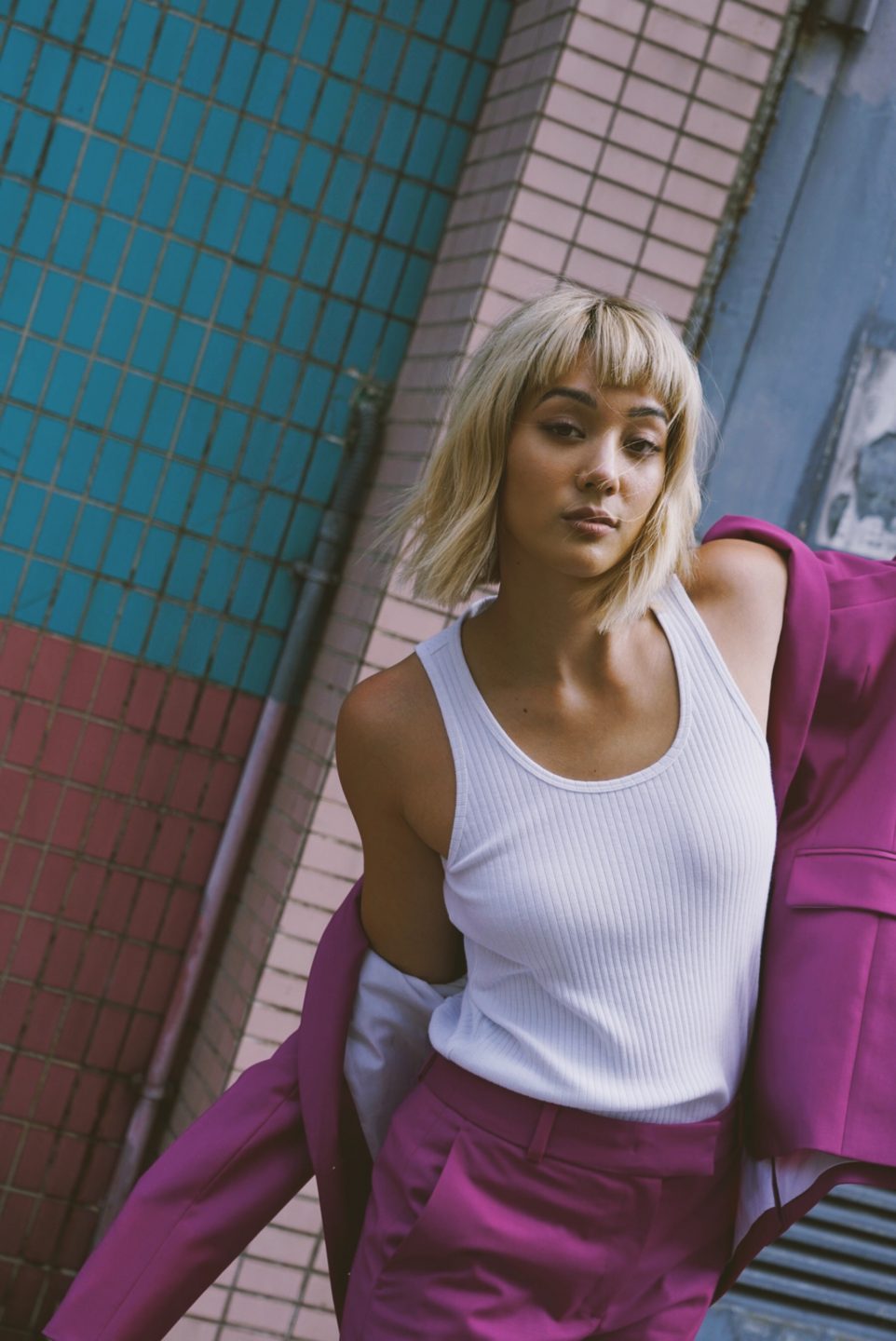 Kim Jones is a powerful voice for the independent talent that makes fashion in South East Asia so compelling. All the while serving as a beacon for the best of international style. Tailored to a global audience, the multi-disciplined digital creative has been celebrated for her work as photographer, director, and a stylist. Most recently, she has claimed her title as founder and creative director of The Fore. This is an e-commerce platform featuring a series of design collaborations with independent creatives, artists and designers.

Her clients include the likes of Louis Vuitton, Matches Fashion, Chopard and Calvin Klein. Her work continues to be featured in the likes of WWD, Fashionista, Harper’s Bazaar, L’Officiel, Vogue, The Coveteur and the New York Times.

Perfect for: Those who want to bring local and fashionable visions to the international market. Let her promising and blooming career path inspire you. 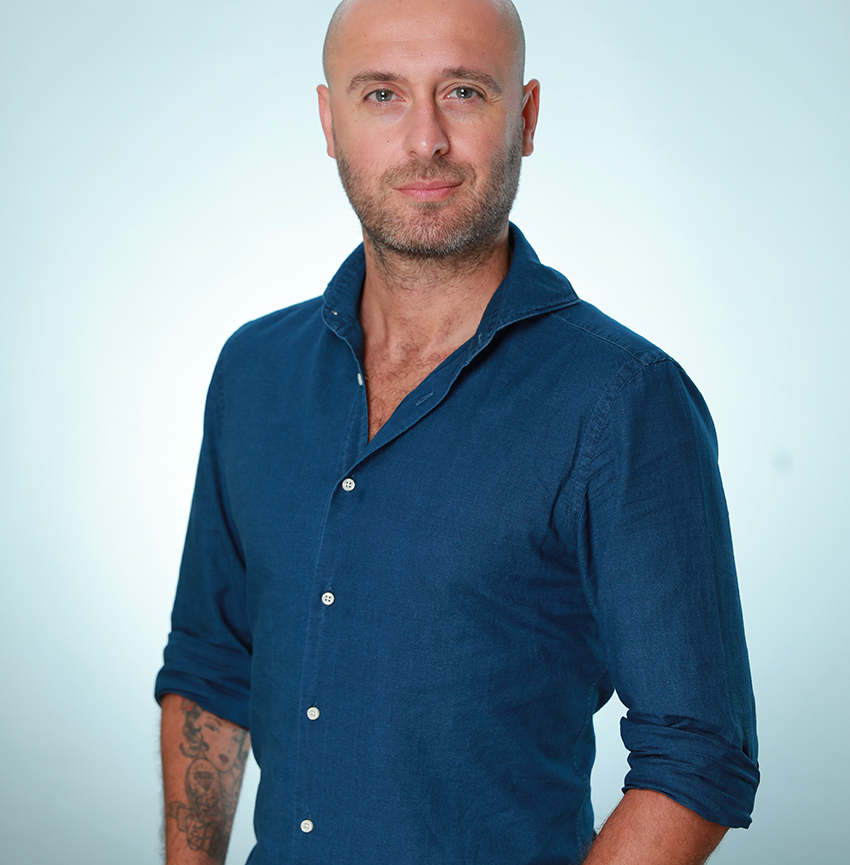 Federico Fanti has more than 15 years of experience in the communication business. He has worked for some of the big advertising networks like McCann-Erickson, Young & Rubicam, BBDO. He scored wins in prestigious award circuits like Cannes, Epica, D&AD, LIA, CLIO, Eurobest, Art Directors Club among others.

After staying in Italy, he moved to Russia and became Executive Creative Director at Young & Rubicam Moscow. Here, he lead the Russian team to winning their first ever Cannes Lion in 2013 with a total of 10 Lions in five years. He also turned Young & Rubicam Moscow into the most awarded agency of Russia (N.1 agency in AKAR ranking 2015).

Apart from creative work, he also imparts knowledge as a Design and Art Direction Professor in various universities in Italy and in Russia.

Perfect for: Those who listen to nothing but years of experience. Federico Fanti knows the ins and outs of being a creative director, and hence, the creative industry.

Tisha Ramirez for Women in Media 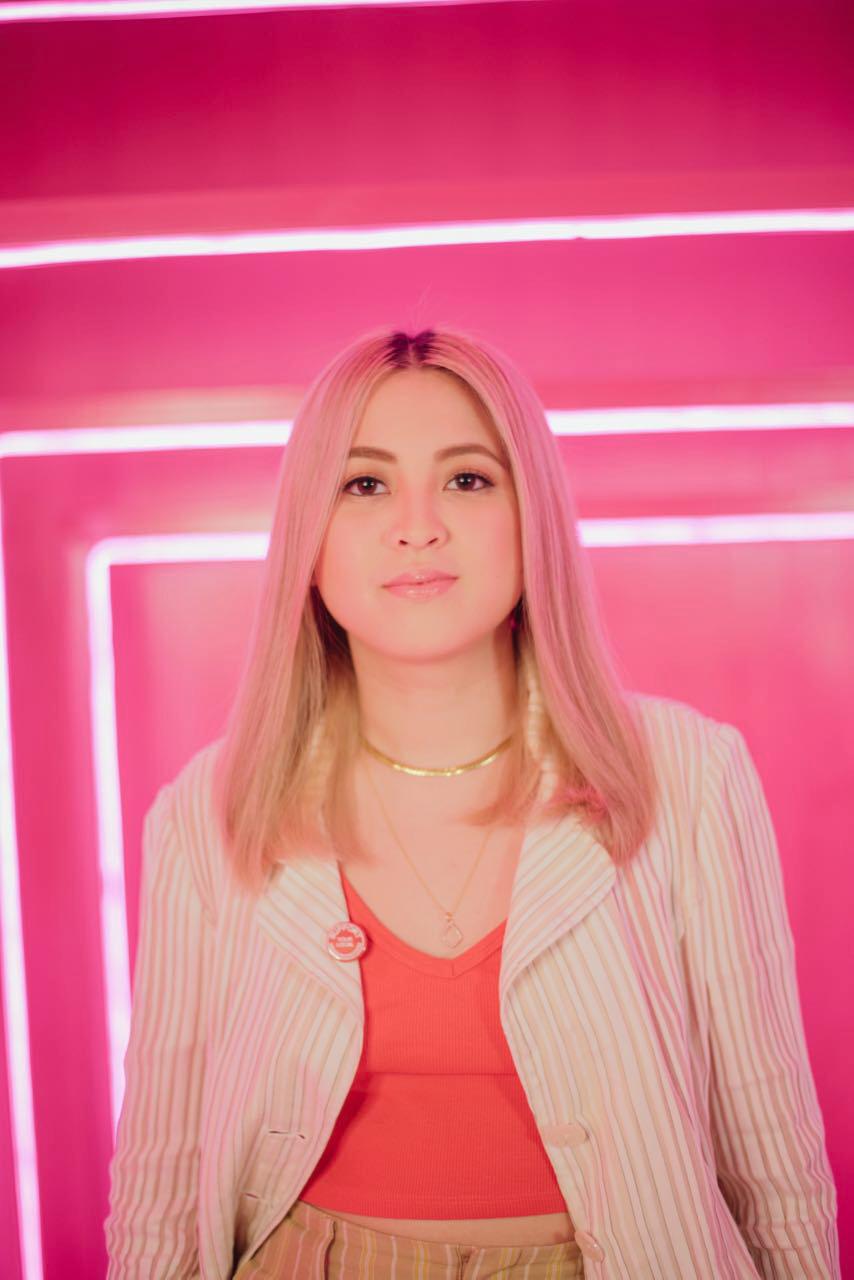 Tisha Ramirez is a junior content creator for Preen.ph, a lifestyle website which aims to empower women through different topics. She uses personal experiences in her writing, making it more relatable to readers. Her overall goal? To make women feel powerful with her stories and representation in the music scene.

Tisha Ramirez will be talking about the representation of women and the LGBT community in media.

Perfect for: Those who incorporate their politics and personal passions into their arts and interests. It is a creative’s job to be self-aware about social issues.

What are you bringing home from Scout Creative Talks 2018?

This event is powered by Hinge Inquirer Publications, and special thanks to Oxygen and Reef; with media partners Philippine Daily Inquirer, Inquirer.net, InqPop!, Preen.Ph, LoopMe PH, We The Pvblic.

Follow and check @scoutmagph or call 403-8825 for more information.