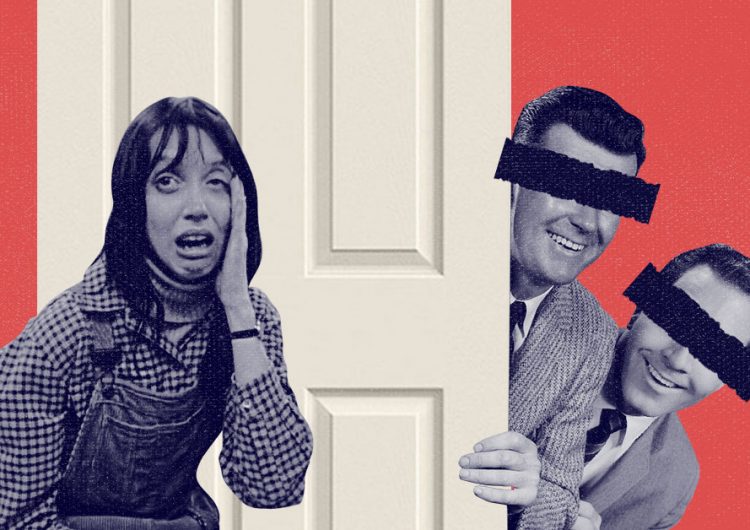 *For privacy purposes, two of our interviewees are addressed through a pseudonym to keep their identities safe.

“To the girls that are doing dating apps, please don’t na,” a traumatized PUA Victim under the name Sandra cried out during our phone interview. “Doon ko lang na-realize that the real world is not safe for women.” To us, she’s a victim of female objectification reliving a horrible experience from a misogynistic organization. But to the men of PUA Academy, she’s a mere pawn of one of their games. A “lay,” in their terms. And she’s not the only one.

The story of Sandra is one among many nightmares that the victims of PUA Academy cause. She downloaded Tinder due to her friends urging her to get back to the dating game. Being single for six years, she didn’t see any harm on giving it a shot.

“The gender binary even ensures that men will be rewarded for sexual prowess, but women will be condemned for it.”— Cate

What started out as an innocent chat on the dating app blew up to a full-on courtship on one faithful night, regardless being reluctant on meeting up with him the first place. “In fairness to King, presko na agad siya when I first met him. Ang pagka-introduce niya sa akin life coach siya. I didn’t know na PUA Academy member siya.”

This dating company victimized Sandra through a PUA Academy life coach she’s got to know as King. King is Sandra’s ex-boyfriend who she had a relationship for one year through Tinder. It went awry when she discovered that King cheated on her with multiple women, including an oblivious minor who didn’t know what she was a part of.

King is a poster boy of this predatory organization. Looking into their official Facebook page, his face is everywhere alongside Smooth, the head of their organization. These coaches work under a pseudonym to promote “tips and tactics” on making women turn their no to a yes. A dating tip video from Smooth has this preview screencap: “If she says no instead, [then] build more comfort and trust. Just follow these techniques.” That line alone should urge anyone to grab a phone and call the police.

“There are PUA members who genuinely seek to find themselves, and find no other safe space to do it. They are then indoctrinated into a world where women are tools, sex is currency, and sleeping with as many women as possible is the pinnacle of achievement, ” Twitter user and feminist under the name Cate (@islandwomanrise) enlightened us.

Going back to Sandra’s statement, the humiliation and fear that she had gone through under the hands of a PUA Academy member were unfathomable. We’ve discussed this group of “pick up artists” under the guise of a “dating” company in the past. They claim to help men increase their confidence and improve their skills on talking to women through boot camps and seminar, but they are more sinister than that.

Sandra moves around the Philippines a lot, which brought her to the decision to call it quits since she didn’t see a point with continuing this courtship. King became more persistent with keeping her at bay, even as far as declaring her to be his girlfriend, even though she hasn’t agreed to anything. This is part of PUA Academy members’ tactics when they’re eyeing their “game.”

Don’t believe for one second that PUA Academy is a life coaching or dating company. From now on, we’re going to call them what they truly are, scammers and abusers. The victims’ similar experiences serve as ironclad proofs. Cate is one of the vocal women on Twitter who shared the accounts of these women in a thread.

All of these women came from different places across the nations. Their stories share a commonality when it comes to the members’ approach toward them, which is how these men approached them for their personal gain.

Several girls have been stalked by PUA Academy members in malls this week. (THREAD) I am so angry and frustrated that no one is paying attention!!! What else needs to happen before someone takes action?! ? @SMmalls @AyalaMalls pic.twitter.com/bjsrfuoeT0

“PUA Academy thrives in this secrecy, in fake names on dating apps, in cameras hidden in motels, in silence we maintain about sex and sexuality. This is where they can take advantage of vulnerable women and girls, knowing that they are very unlikely to ever speak about their experiences,” she continued.

“For who loses when a ‘scandal’ breaks out? The gender binary even ensures that men will be rewarded for sexual prowess, but women will be condemned for it. So while PUA Academy members may present their sexual exploits are purely consensual, the way they can capitalize on these acts (by sharing their “lays” with each other and, in fact, turning it into a business) will always be at the expense of the women and girls involved.”

PUA Academy is not a life coaching or dating company. From now on, we’re going to call them what they truly are, scammers and abusers.

Multiple women have spoken up on social media and even went as far as seeking legal counsel to achieve some form of justice. But to no avail, they are silenced as soon as PUA Academy members realized that they’re victims are planning to expose them. Their threat? Leaking incriminating videos, raping the victims, and threatening their lives.

This is really disappointing..

After a few months, she decided to share a PUA Academy video called “How to collect numbers in two hours” with a caption that read: “BAKIT NIYO ATA KINOKOLEKTA ANG NUMBER NG MGA BABAE?” Eventually, a concerned citizen with a dummy account approached her through Facebook. It contained screenshots of her post posted in the PUA private forum. The caption in the forum read “This stupid girl on my friend list is exploiting our art. What should we do?”

There are too many victims by this organization that thrives of the pleasure of objectifying women and ruining their lives. No one can fault them for resorting to social media. Like Paula, she went to the NBI Cybercrime unit to seek justice, but the case didn’t move forward. What’s worst is this is not the first attempt on dismantling the scathing proof of patriarchy’s power in our society.

Whatever fragile male ego and excuse for their misogynistic behavior don’t pay the price for these women’s traumas.

Women like Paula are commendable for fighting the big fight regardless of adversities along the way. And she’s not alone in this fight for women’s rights. Cate, Paula, and Sandra continue to persist on exposing these misogynistic men through their #FemalesDeserveBetter campaign. Through this campaign, they want the unsung voices of PUA victims to be heard and for other people to be aware that they are everywhere and they will keep doing what they’re doing unless we stop them.

FILIPINAS DESERVE BETTER. Join the campaign to shut down PUA Academy today! Details in thread. DMs are open for anonymous testimonials, and other campaign ideas. Tweet and retweet! We cannot let businesses like this exist! pic.twitter.com/SEaFf4XgTn

“I do not believe that PUA Academy has a place in the gender-equal society we strive to build. Senator Risa Hontiveros filed SB 1326 or the Safe Streets and Public Spaces Act of 2017, which will prohibit and penalize gender-based harassment in public spaces such as the persistent request for name and contact details,” Cate pointed out. “I think that will go a long way in holding PUA Academy members accountable for their actions. And as always, education and vigilance are key. ”

This is the second time this year that these misogynistic men are exposed to the public as threats to people’s safeties. They prey on everyone that they can with emotional manipulation. Yet, no one is taking them down. Who are to keep these women safe? Authorities are aware, but the system keeps failing these victims of sheer misogyny as they try to seek justice.

Enough women have suffered from their manipulation. Whatever fragile male ego and excuse for their misogynistic behavior don’t pay the price for these women’s traumas. It’s time to stop depriving these women of the justice they deserve.

SHAREI remember the glory days of VCD rentals. After class, in sweaty uniforms...

SHAREAs hard as we try to get away from it, the unfortunate reality...