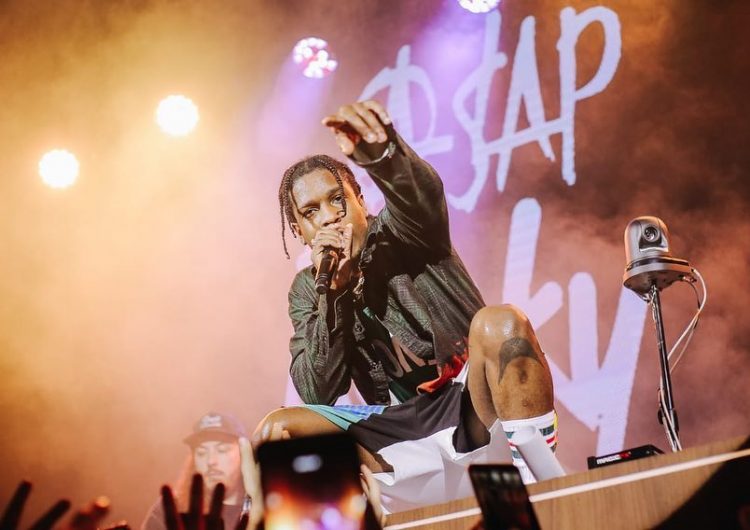 Last night, A$AP Rocky a.k.a. Pretty Flacko performed for the first time in Manila at Xylo Nightclub. The crowd was jumping and everyone was having a pretty good night, up until somebody from the crowd decided to mess around and grab A$AP Rocky’s shoe. Rude.

Check it out here how someone from the audience tried to steal @asaprocky shoe that pissed him off, ruined the vibe of the whole show and kinda forced Pretty Flacko to end the show so friggin ASAP. ?? #AsapRocky #Shoes #Footage #Stolen #Watch #PrettyFlacko #Xylo #Concert

During “Mo Bamba,” A$AP Rocky sat down to get closer to the audience. While he was seated, an audience member grabbed his right shoe and removed it. The rapper then stood up, visibly irritated, and took his shoe back and motioned for the audience member to come forward. After this, he left the stage for around five minutes. Then, Flacko came out for a final song and said good night. The set, which started a little before 2 a.m., was cut painfully short at around 2:20 a.m., presumably due to the shoe-stealing incident.

This isn’t the first time this incident happened to the rapper. Back in 2013, A$AP Rocky had to stop his performance in Germany because someone stole his rare Supreme hat. At another show in London back in 2012, an audience member grabbed his $15K Rolex off his wrist during a show.

Since apparently some people need a reminder of this, here’s an unspoken show etiquette rule: Grabbing stuff off of people is not cool at all. Especially when somebody is in the middle of a performance. It doesn’t hurt to be respectful.

SHARERemember back during the early summer, when your chats and chat groups on...