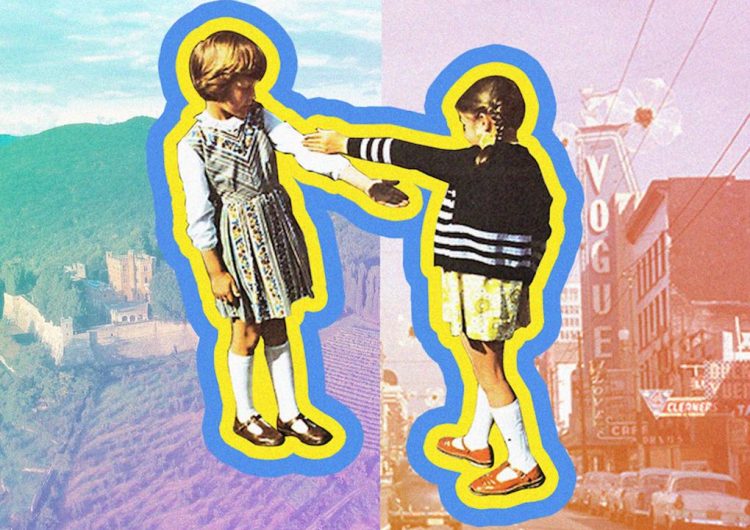 From catcalling to holdap incidents to the infamous budol-budol modus, the streets of Manila can be a sketchy place. It’s a sad fact that a lot of us feel compelled to literally gear up for the worst just to go buy food or do a quick grocery run, but it’s a reality we have to be ready for.

Is it because the police are inefficient at controlling crime? Is it the inevitable symptom of having a high poverty rate? Or is it the result of corruption from on high trickling down to the lowest rungs of society? Let’s get one thing clear, though: the victim is never asking for it. But of course, better be ready than be sorry.

Let’s get one thing clear, though: the victim is never asking for it. But of course, better be ready than be sorry.

Earning street smarts is an ordeal of trial and error, which can be potentially dangerous if you have to learn it the hard way. That’s why we talked to people around the office about the precautionary measures they take when they’re out on the streets to get some first-hand tips. It’s always important to know how to watch our own backs.

“I used to pack a pair of scissors when I was in high school, but now I just try to be as alert as possible whenever I’m walking alone or with friends. I also try to look bigger when we’re passing by a group of people, even if it doesn’t mean much.” – Lex

“Well I have a fighting background kase. I took Aikido and I took boxing, so I’m pretty dependent on my fists. That’s one. [Also,] my father always asked me to be alert, always have presence of mind, and to not trust anyone when walking down the street. Like medyo praning mode siya, but it’s true.” – Rogin

“I learned how to keep my things in the right places. Whenever I have to bring a large amount of money, I would keep the bills inside my shoes, or bring a fake wallet with nothing inside so it can be my bait when something happens. I also learned to bring a whistle and flashlight, since I also experienced odd encounters with strangers at night. The key is to get the attention of everyone.” – Jelou

“I try to stay in bright places as much as possible, but then if I feel really uncomfortable I try to go with a crowd. I’ll stay in a bright place first and then pretend that I’m busy on my phone, and then when I see a not-so-sketchy-looking crowd passing by and then I’ll join them.” – Xenia Sebal, account executive, sales department

“RBF (resting bitch face), make sure you look like you know what you’re doing (even if you don’t), always be aware of your surroundings, keep mental notes of landmarks or things that may help later on, don’t get too smashed/drunk to the point that you’re dead.” – Javi Lobregat, photographer, videographer

“I get this weird feeling na parang kinakabahan ako, but what I’m gonna do is I’m gonna stare at that person for a long time. It’s kinda like reverse psychology, na parang ‘Oh, you were tryna rob me? I was tryna rob you!’” – Kyle Cayabyab, account executive, sales department

“I make sure that someone knows where I’m going (my sister, a friend, my mom) so I text them bago ako umalis and when I get to the destination. Whenever I hail a ride home, especially if Grab, [and] lalo na kapag alone and late [at] night, I send the trip details to group chats with my friends or kung sinong friend ko ‘yung online at that time just to keep me awake and guarded. And an eyebrow razor serves as a handy self-defense weapon na laging nasa bag ko.” – Lyle Pendon, junior content creator, custom department

“I avoid walking beside someone. As in uneasy ako. Kapag kunyari may nakakasabay ako, it’s either I walk faster or slower. Tapos I always keep my phone. As in ‘di ko siya nilalabas.” – Anne Medina, account executive

“I don’t usually have precautionary measures (aside from holding my keys) but whenever I feel like I’m walking in an area where I don’t feel safe, I put my best tough or mataray look on to intimidate anyone lurking. Whenever someone is too close for comfort or shady looking, I stare at them for a long time just so they feel like I noticed them and I would remember their face. I also immediately look behind when I see a shadow of someone walking behind me.” – Sam Ong, photographer, videographer

“Siguro lagi kong iniisip na dapat may presence of mind ako, and I’m glad na may background ako sa martial arts so baka pwede ko siya magamit if needed. I don’t bring pepper spray but I would like to have one.” – Dana Calvo, designer, custom department

SHAREBy Celene Sakurako According to the Philippine Department of Health (DOH), one in...