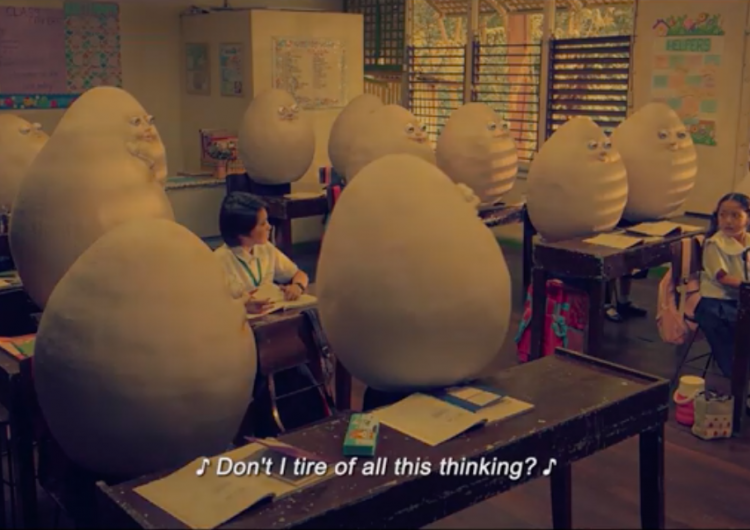 Nadine Lustre’s new film Ulan has been piquing our interest since the first teaser dropped in January. The short teaser gave us a glimpse of mythical tikbalangs. Then, just last week, the first poster was released. In the poster, Nadine is surrounded by mythical creatures including a Humpty Dumpty-like creature. We knew right there and then that Ulan is going to be an enchanting—maybe not eerie as we used to think—film. And that’s what we confirmed today when we saw the full trailer for the film.

The trailer begins with musings about the rain. “Ulan, Ulan, ano ang iyong hatid sa akin,” we see on the screen. Then, we see a young girl who interacts with various mythical creatures including tikbalangs, a faerie (I’m not exactly sure what mythical creature she is), and a lot of the Humpty Dumpty-like creatures in a classroom. Are all of these creatures just in her head? Or are they real?

The trailer still doesn’t give so much about the film, but we’re willing to wait until Mar. 13 to discover what the film is about. The film is directed by Irene Villamor, the woman behind Meet Me in St. Gallen, Camp Sawi, and Sid and Aya.

SHARE“At a very young age, I practiced what I preached. It was hard...

SHAREHaruki Murakami’s “On Seeing the 100% Perfect Girl One Beautiful April Morning” is...