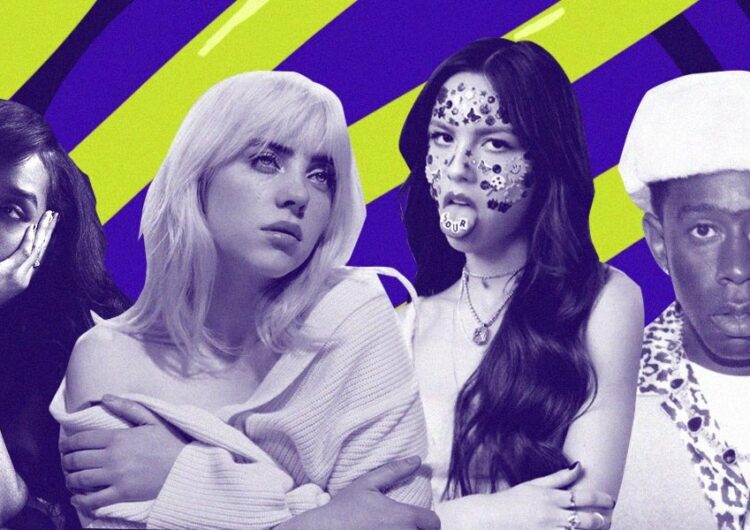 It’s safe to say that this year, we wallowed in our “my music taste is my personality” phase shamelessly. From hostile bots to bringing our contemporary faves to good ol’ 2006, music in online territories brought us together, while concerts and gigs still couldn’t.

As our relationship with music changed, there have also been records that stood out in our spaces, receiving our endless loops and filling our languishing days with exciting energy. In this edition of Scout Recap, we place our bets on the best full-length album prompt, from hip-hop to pop.

In her debut studio album, Olivia Rodrigo delivers messy teenage feelings in a neatly wrapped punk-pop package. While her diaristic lyrics are unapologetic, they get balanced with a refined version of the 2000s alt-pop sound. “Sour” is your angsty self at 17, but much cooler.

“Call Me If You Get Lost” by Tyler, the Creator

This is one-part braggadocio, one-part emotional downpour left unchecked. “Call Me If You Get Lost” feels like a nod to rap G.O.A.T.s pre-Tyler, the Creator, while at the same time, it’s solid proof of his own spot in that roster.

Just as the year winds down, Adele gives us her most personal and heart-wrenching album to date. Her cathartic and honest lyrics delivered through her rich vocals transports listeners to how she felt during her—in the words of Adele—“divorce, babe, divorce.”

Audibly hypnotizing and lyrically vulnerable, “Dreamwalker” not only buoys us in a sea of (our personal) sleep paralysis demons, but eventually makes peace with them. With its assured R&B-electronic soundscape, this album is both the longing and bliss after an interrupted morning dream.

“Happier Than Ever” by Billie Eilish

Billie debunked the dreaded “sophomore slump” with her highly anticipated second record. “Happier Than Ever” introduced us to a more mature Billie as she tackled topics about the media’s objectification of her body, her past relationships, and female pleasure.

“Arcane: League of Legends” (Soundtrack from the Animated Series) by Various Artists

After listening to this 11-track compilation album, you’ll feel like everybody wants to be your enemy. It lets you revisit and relive the hype of your first time playing League of Legends, and definitely amps up the whole series with its powerful lineup of artists.

In her almost theatrical album “Jubilee,” Michelle Zauner lures us into happiness—and the “making sense” of it—through genius world-building and themes that are as universal as they are personal. Now, excuse me as I cry-dance to this cheerfully haunting record.

If she hasn’t clinched it already, Gabi Wilson has taken the helm of an R&B great—and her debut record sees to that. With a hefty list of 21 tracks, H.E.R. delves into intimacy with carefully crafted lines, wrapped in her soulful singing and signature artistry.