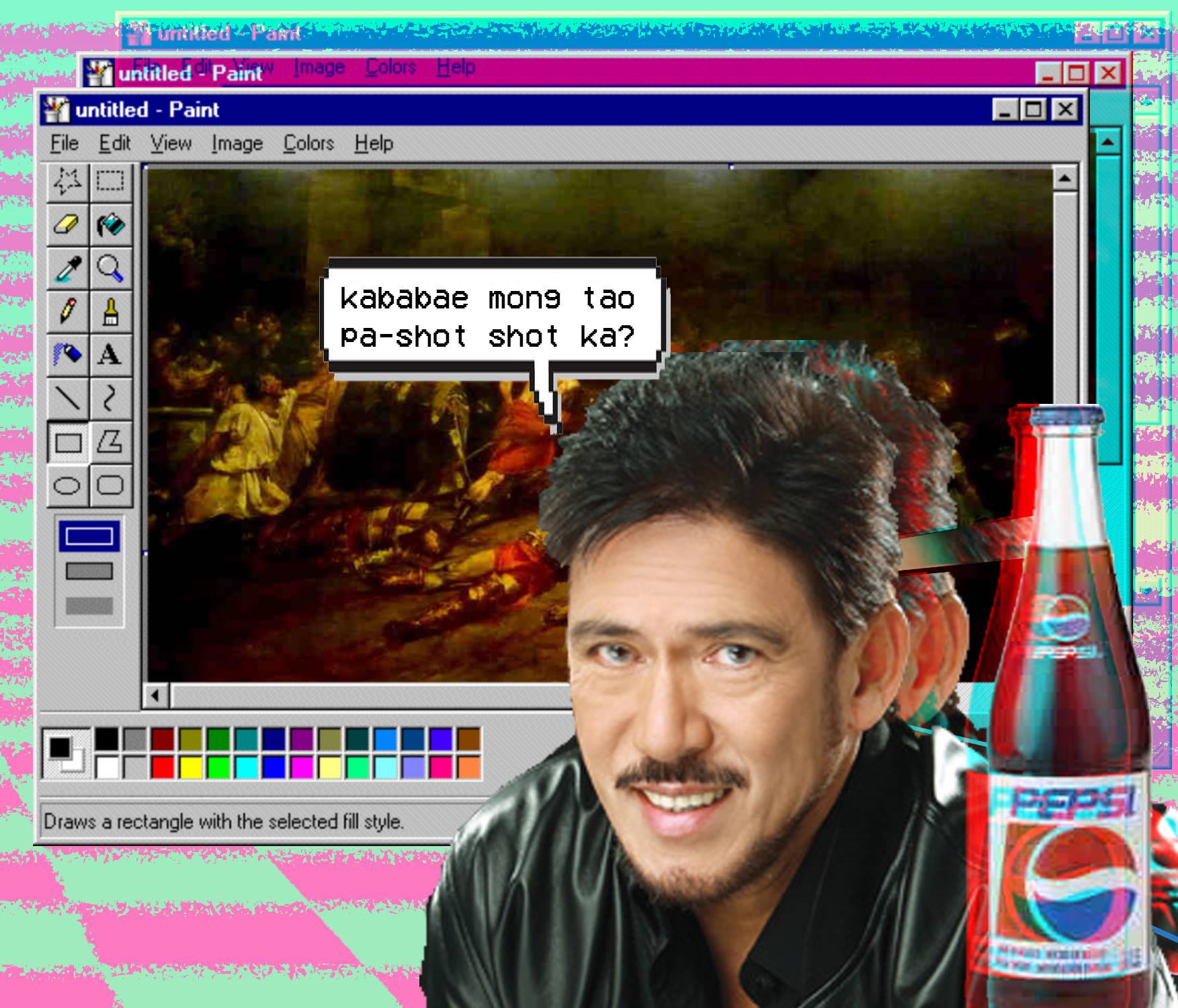 On last Saturday’s episode of the noontime variety show, he told one of their contestants in their usual barangay segment that her rape experience had been her fault. She recounted how she was taken advantage of by a male drinking buddy, and the good senator started interrogating her about what she was wearing and chastised her for even drinking alcohol in the first place.

Of course, most sensible people on the internet started piling up on Tito Sotto, condemning his antiquated patriarchal way of thinking. But this piece of vaporwave art has to take the cake:

This right here, friends, is pop culture subversion at its finest.

There seems to be a lot to unpack, but anyone familiar with the Eraserheads and local pop culture should be able to figure out what’s going on in here. The entire artwork is a giant reference to the case of ’80s starlet Pepsi Paloma, who allegedly committed suicide years after allegedly (and we use that word very loosely both times) getting raped by Tito’s brother Vic Sotto and Joey de Leon, which the E-heads’ “Spoliarium” is all about. The men, of course, got off scot-free because she dropped the charge after none other than Tito Sotto spoke with her and—allegedly!—put a gun on the table. Who better to speak about rape, right?

SHAREToday, we present to you fiery (and slightly confusing) bars courtesy of Chinita...

SHAREConsider me a basketball fan now, because UP finally made it to the...