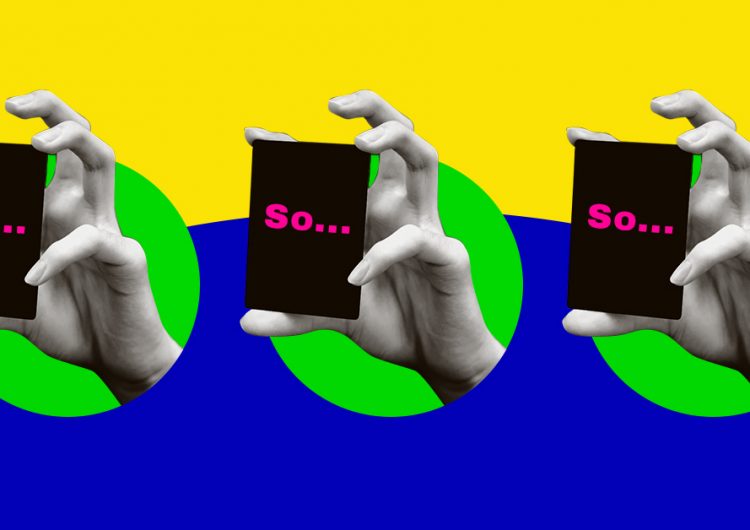 As an introvert, the last thing I would want to happen is to get stuck in a room with strangers.

Being one my whole life, I can tell that our struggles can be quite difficult to manage. Escape routes are almost nonexistent. Now that we move within a fast-paced world, there are always new people to meet, places to go to, fears to kill, and presentations that need to be done in a jiffy. There’ll always be crowds, unwanted conversations, and being really, really conscious.

On a Thursday night, the first floor of Commune in Poblacion is bright and populated. Presumably 20-somethings are chasing their deadlines with caffeine and a cookie nearby, and I’m pretty sure that they would want anything else but to be disturbed. As an introvert, this was an ideal scene. This was my floor.

Read also: Let’s all play “So Cards,” the good twin of “Cards Against Humanity”

“It’s on the second floor,” their local barista says when I asked where FringeMNL’s Skip The Small Talk is. Skip The Small Talk is an event by So Cards, which, according to its website, is a collection of 52 questions for deeper discussions. Reading this sounded a little..well, okay, it sounded terrifying. If in the real life setting, it already feels like a burden to open up to frequently seen acquaintances, what more with people you haven’t even spent a good one hour with? 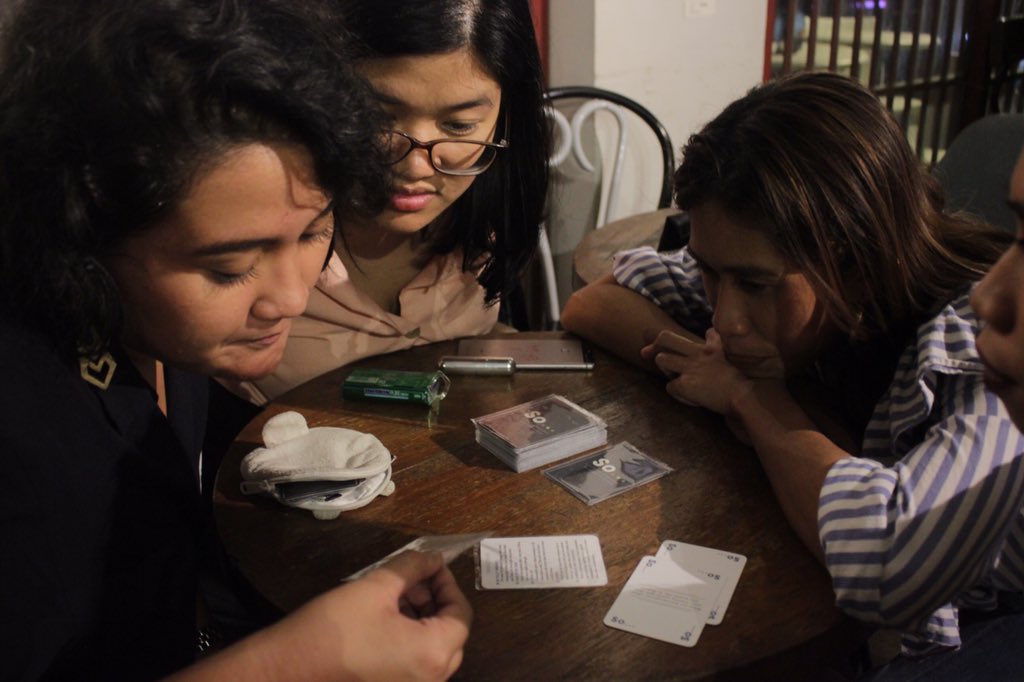 Unlike the first floor, the second floor of Commune looked like an introvert’s death hole. No face was familiar, most of the tables were filled to the brim. It looked like a lunch scene in a chick flick where you had to ask the most dreadful of all: “Is this seat taken?”

On a certain Thursday night, the second floor of Commune looked like an introvert’s death hole. No face was familiar, most of the tables were filled to the brim. It looked like a lunch scene in a chick flick when the you had to ask the most dreadful of all: “Is this seat taken?”

Read also: The Art of Staying Home: How I went from partygoer to homebody

The rules sound simple: Sit with strangers in one table. I can’t remember if the limit if six or seven people, but it’s surely more than five. There are three 20-minute rounds, with an additional one as a warm-up. Which means, one only has 20 minutes to ask So Cards-based questions to each other. It wasn’t like we had surveillance, but we were thoroughly reminded that we should have no talk about school or work. No slam book snitches like favorite ice cream flavor. Most of all, the classic talk about weather was illegal.

As its name pursues, the game will be deemed a success if players go straight to conversations that encourage more human connection.

So, how does an introvert get it deep with strangers? How do you start a conversation?

There should be a mutual feeling of vulnerability 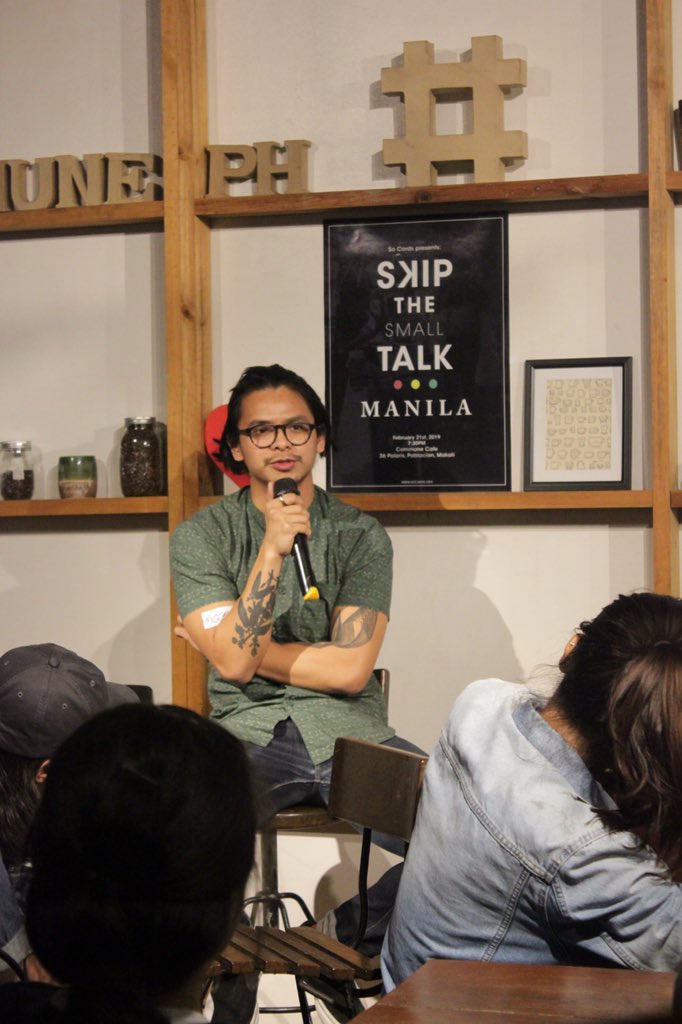 Before the game began, host and So Cards creator Miguel Luis Calayan explained that while he always envisioned no-hesitation, lively conversations through the card game, he has never let go of the reminder that we should feel the waters first. It’s a give and take process. An instinct play, even. Disclosing feelings and emotions in an answer are encouraged. But you don’t force someone to open up, especially if you don’t do your share.  At the second table I joined, we were faced with the question about the last time we knew we were in danger but still went on with the situation.

Read also: On social awkwardness and why I’d rather be alone (no offense)

Collective “woahs” erupted. Then there was silence. Our eyes were tracing back and forth at each other, but for some unidentified force, we said our introductory murmurs, and laughed about it. Soon enough, we answered one by one, slowly disclosing the deeper depths of our opinions with every vulnerable take. It started with “this question is weird; how do you even continue with something you feel dangerous to be in?” to “true, but people are weird,” followed by the concept of risk-taking, childhood gags, red flags in dating, and soon enough, the horrors of seeing someone you used to love turn into a stranger.

The third table I had was full of diversity both background- and personality-wise; we got to talk among ourselves before we were handed the card: “Name three traits you have that you wish to be passed on to your (future) children.” The question didn’t resonate a pop quiz sound. We knew we had to do some introspection. 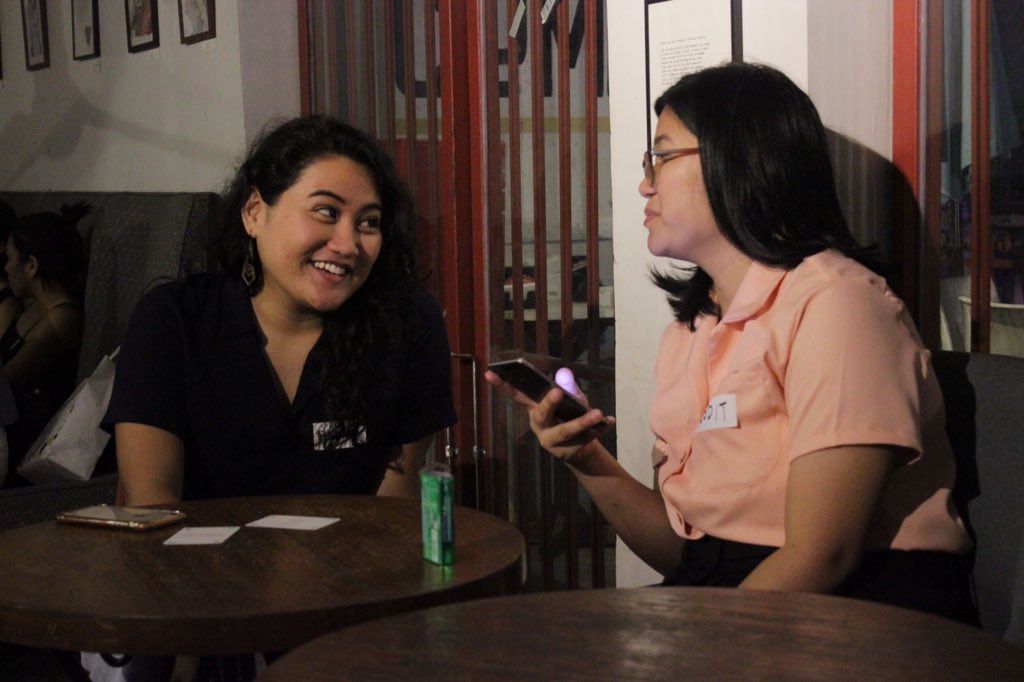 In this case, there were a few of us who volunteered to answer first as they sensed some idle time taking a toll. That was something I appreciated. When enough thinking time was already given for the remaining few, the circulation of answers went back to normal. This evident patience among ourselves encouraged well-thought out, genuine, detailed answers. Questions, aside from being encouraged, were thrown and caught at the right time. Moreover, we had to take note of Miguel’s advice beforehand: Don’t take the floor too much. Build up the shyest one in your group.

You should be willing to communicate, on top of it all

Being in a room with strangers is weird, but I guess what made this experience less scary was the fact that almost everyone else felt the same. Everyone knew, as well, that in that night, we had to let go of something. Our mobile phones are just one. 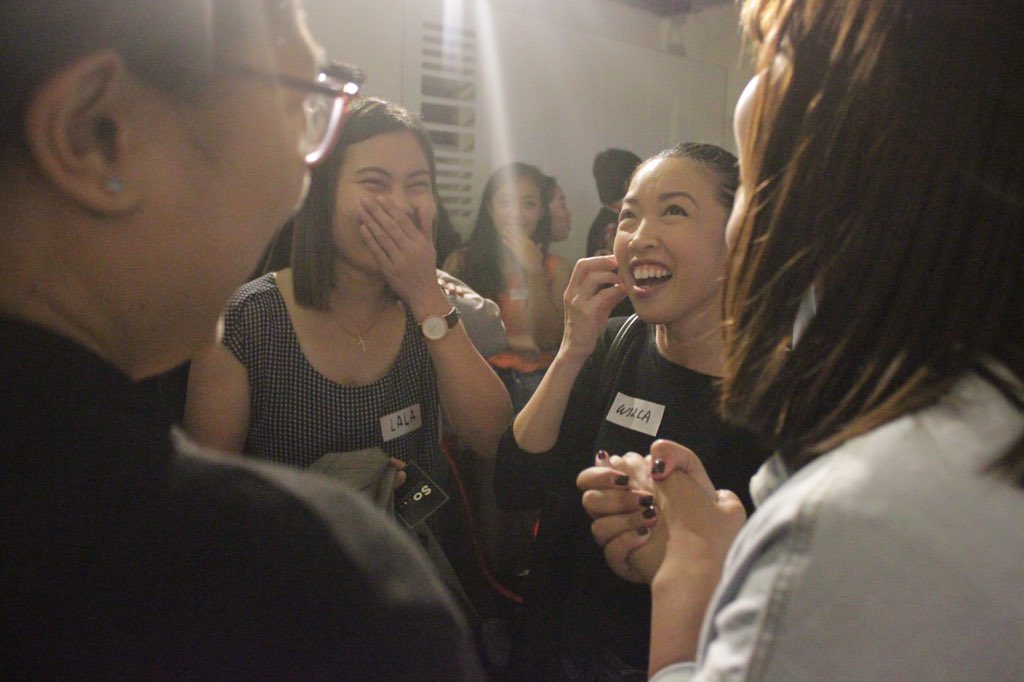 Miguel compared our favorite songs to people we meet. “You don’t sit down, open your playlist, and tell yourself, ‘today, I’m going to find my new favorite song.’ And yet, we do that all the time with people.”

“Technology plays a factor. We live in the time when we have access to an infinite amount of information. I put on this playlist. If I’m not into it, even in the first five seconds, I’ll go to the next track. But the problem is, sometimes, the hook or the magic is not in the intro. It could be in the bridge. I wouldn’t have noticed the first time around. And with people, if at the first streamline, you’re not hooked, you move on. But what if their magic is in their bridge?” Miguel further explains. 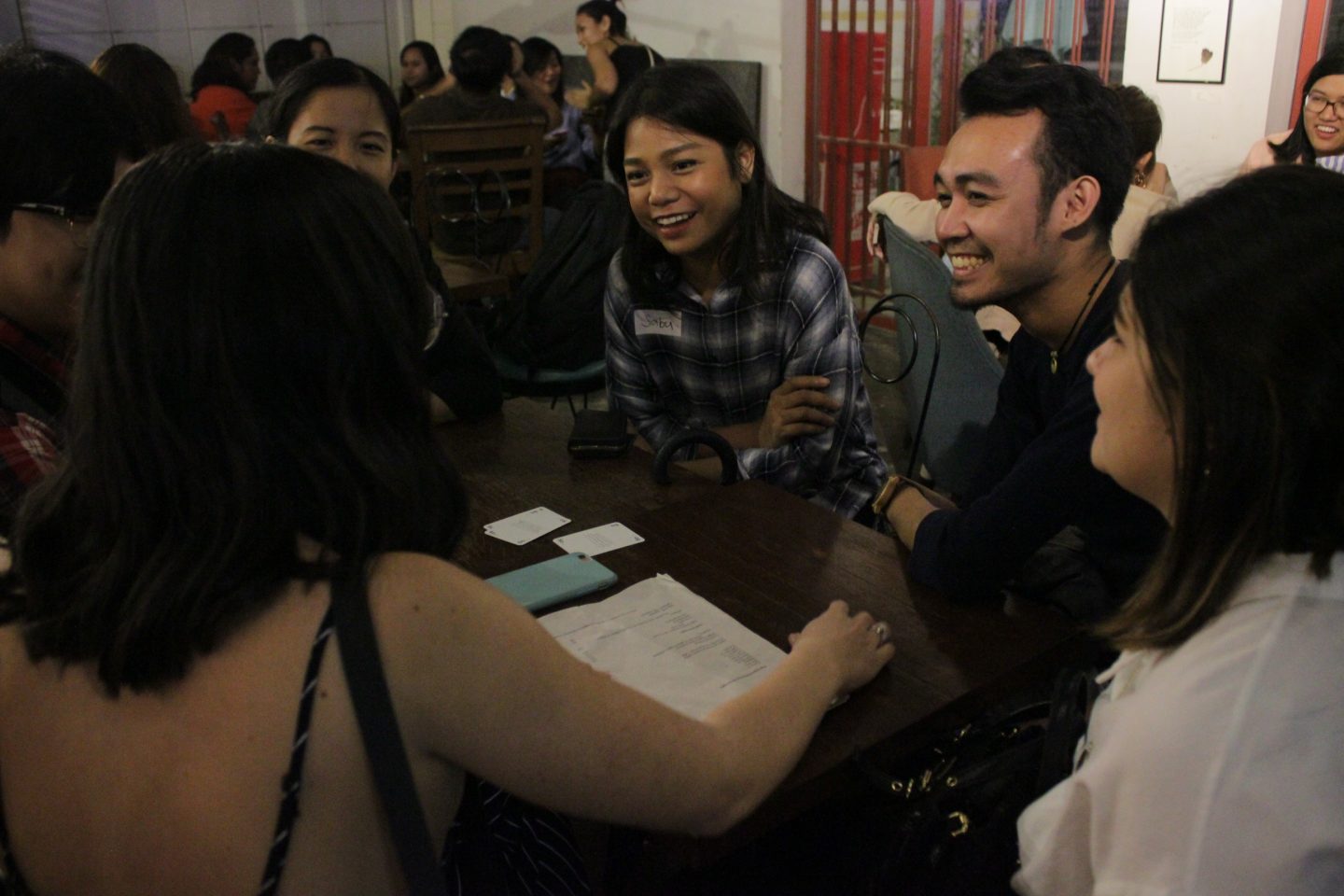 First impressions are overrated. This was what I kept thinking about while going back to the first floor of Commune, tinkering with my phone to follow the IG profiles of new friends I scored. “When was the last time you’ve met someone new, let them into your life, and memorized their catchphrases the same way you memorized song lyrics? When was the last time you memorized someone’s wardrobe the same way you memorized album art? It could be age, it could be culture, it could be technology.  It could also be the fact that we don’t talk and have the opportunity to sit down and really, just listen.” Miguel could be saying something really important here, and maybe this supports the reality that friendship isn’t measured by the number of years alone.

Want to try this experience for yourself? You can buy a pack of So Cards on Amazon.

Instead of flexible learning, students want vaccines instead