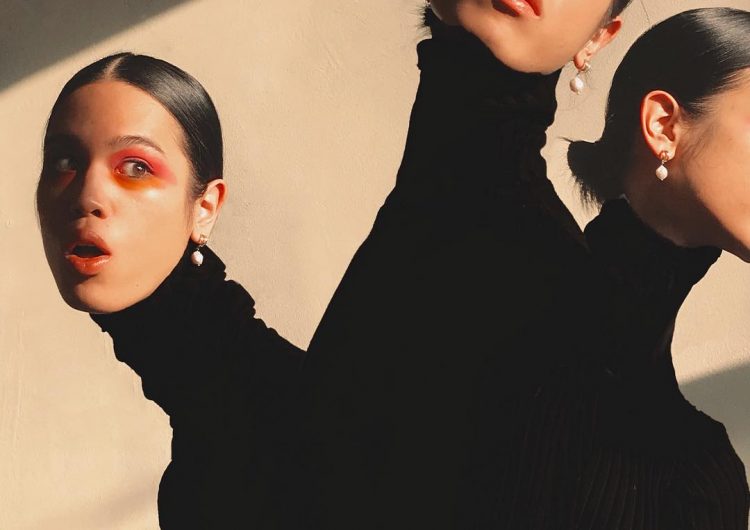 “Dara has the best walk. She reminds me of how I imagine an Avedon model would move in the 1950s—she has a transformative quality.” This is what fashion designer Erdem Moralıoğlu tells Vogue about Filipina gender non-conforming model Dara Allen.

It was in 2017 when Dara first caught the attention of the fashion world. She was only 23 when she became the talk of town for her walk in a Marc Jacobs show. “They fit me, and it’s like midnight, and they say come back at 7 a.m., the show is tomorrow—I still don’t believe I got it,” she tells Vogue in their March 2019 issue.

VOGUE portrait by ETHAN JAMES GREEN / PHYLLIS POSNICK hair @shonju makeup @susiesobol_makeup set @frau.juliawagner interview & text by #lynnyaeger thank you @ethanjamesgreen @phyllis_posnick @markholgatenyc @voguemagazine ♥️ a year before i moved to new york, @chbarnard anonymously asked me on tumblr (hey girls if ur still here) to play fashion fantasy football and name my dream team and publication. i answered “a single portrait in american vogue by phyllis posnick.” back then it was a pipe dream we joked about online, always followed by a LOL. never, no way, no how, but how fun to imagine. to be immortalized in that canon of imagery by one of my best friends is surreal and indescribable. all i have is: gag! and thank u. this is special ?

Since then, she has been a sought-after face in the fashion industry. She has walked for brands like Prabal, Kenzo, and Erdem. Outside of the runway, she has also received LGBT immigrant-rights organization Leading Light from Immigration Equality.

Dara, who was originally from San Diego, has always found comfort in fashion. In the Vogue article, she attributes her liking for clothes to moments in high school where she and her best friend would play dress up. Eventually, her interest in fashion led her to do fashion writing, styling, and photography.

sound on for the soundtrack in my mind ?

“I was always scared to define myself to people. I’ve always dressed the way I wanted to dress,” she tells Vogue. But in the long run fashion gave her freedom and space to express herself.

“Fashion gave me a language. Fashion saved my life. It allowed me a way into other people that I have come to love—my friends and the people I hold dear. It was this thing that we all had in common,” she tells i-D last year.

“The most important thing that my parents did for me was to create a foundation of confidence and strength in whatever it is I wanted to do, even if they didn’t always agree with it,” she says about the influence of her parents.

It doesn’t come as a surprise for Dara to be compared to the subjects of Richard Avedon. After all, when she was starting out, she always looked at images by the photographer and those by Steven Meisel.

Despite the issues of misrepresentation and racism linked to certain fashion brands as well as the certain looks fashion promotes, fashion is often seen as a safe space. And with Dara on the top of her game, she proves that fashion continues to be a safe space.

And they’re not just for your local hardcore cinephile either

SHAREWith Met Gala 2018 storming the internet this week, people outside of the red...