Society is afraid of an angry woman. In their eyes, women who exhibit extreme emotions are hypersensitive and impolite. Bitch Media’s series “The Future is Furious” explores this: “Women of all races and classes tend to be socialized to believe that anger is not for girls; it’s ‘unladylike,’ it’s ‘unbecoming,’ it’s ‘off-putting’—all of which, of course, are warnings to not make others, particularly male others, uncomfortable.”

I’ve face this so many times. To be fair, it is a common struggle all women come across with. A woman who doesn’t crack a smile has a “resting bitch face” syndrome, displaying displeasure with something we don’t agree with is a “bitch fit,” and we suffer from PMS if we are “too emotional” or “in rage.” It’s the bullshit reality of being a woman.

Women expressing their emotions are laughed at and are perceived as weak. So what does it mean if a half-Kree super-heroine is an angry woman herself?

Captain Marvel is Marvel’s latest stand-alone release and it’s burdened with a glorious purpose. It is Marvel Studio’s first female-led standalone film, an important prequel to The Avengers arc, and an introduction to the most powerful superhero in the roster. The film is under two hours and four minutes. So of course, it has some bumps along the way.

“Women of all races and classes tend to be socialized to believe that anger is not for girls; it’s ‘unladylike,’ it’s ‘unbecoming,’ it’s ‘off-putting’—all of which, of course, are warnings to not make others, particularly male others, uncomfortable.”

The film focuses on the true power of women’s anger. And by using Carol Danvers’ (Brie Larson) story, this mainstream popcorn blockbuster showed why naysayers are wrong. Carol’s strength is not merely drawn from absorbing the tesseract’s power. It is drawn from what the Kree told her to suppress: her emotions—more specifically—her anger. 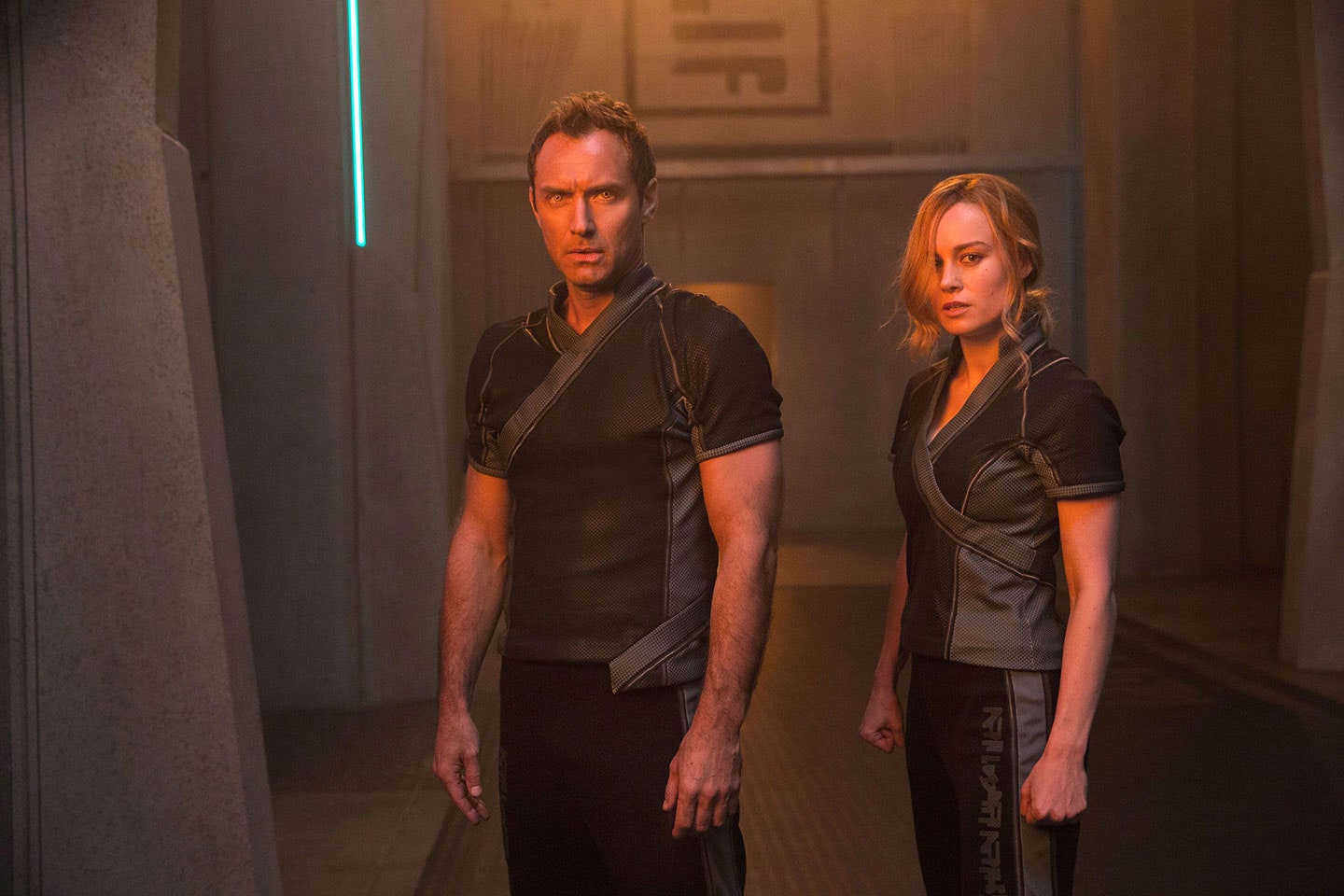 Emotions are her kryptonite. Or at least, that’s what the people she looked up to kept telling her. Her flashbacks serve as a montage of the men in her life who demeaned her. She is told that she’s too much, too weak, too fragile, and never equipped to do what she set her mind to.

But at the end of it all—she stands up. Though she is battered and bruised, she always stands up. And she stands up because there’s a fire within her. That fire is her anger and passion melding into one.

The turning point of the film is when she learned that the Skrulls are not the hunters here. With the Kree erasing the memories of her past, they were able to manipulate her into being a soldier of a war she didn’t have a say in. It turns out that the Kree are committing genocide by eradicating the Skrulls’ existence. And by manipulating her psyche, she was turned into a puppet for the glory of Kree kind, while participating in a race erasure she is unaware of.

In hindsight, that’s what angry women can do—start a revolution and empower others.

“They lied to me!” She screams out of frustration and hurt. After that, she embraced everything about her; her cloudy past, her own internal pain, the pain she caused others, and the anger it all brought her. This fuelled her to pick herself back up and stand up for others. In hindsight, that’s what angry women can do—start a revolution and empower others.

Read more: When The Muse Strikes

“It’s past time to stop treating female anger as something that happens to men, and time to stop viewing it as at best an inconvenience and at worst a threat to the status quo of political and social life. We already know that asking politely for social and political change doesn’t work; without constructively harnessing anger, we’re just waiting around for permission from others,” Bitch Media points out why the taboo surrounding female anger should end. And throughout Captain Marvel, this is something Carol’s origin story explored by debunking this toxic ideology around angry women.

The Atlantic weighs in on the matter with their piece on “The Seismic Power of Women’s Rage.” They interviewed Rebecca Traister who wrote Good and Mad: The Revolutionary Power of Women’s Anger. She expounds on the idea of how “the fury of American women—from the suffragists to the abolitionists to Rosa Parks—has catalyzed major political movements.” Rebecca says to The Atlantic; “Many of these original explosive figures have been women who were angry at injustice and expressed it in ways that were powerful and persuasive.”

Just ask women like the revolutionary leader Gabriela Silang who led Philippines to independence, Marsha P. Johnson who’s anger sparked the Stonewall Riots for LGBTQ+ rights, #MarchForOurLives’ Emma Gonzalez speaking out against gun violence, and of course, the student activist Shibby De Guzman who protested against The Drug War. These are women fuelled with rage and passion that led people to take a stand. Just like they did.

Carol Danvers exhibited this throughout the whole film. Her anger towards the oppressive society that took her and another race’s identity became the catalyst for her to move. Channeling her anger into action became a statement: that the oppressed will not take the fight sitting down. Sooner or later, they’ll erupt in more ways than one. And we literally saw Carol’s rage erupting through photon blasts from her fists.

Channeling her anger into action became a statement: that the oppressed will not take the fight sitting down.

Captain Marvel is far from the perfect Marvel film. In all honesty, Marvel should have a female stand-alone film eons ago. But it’s better late than never, right? It did start a conversation about female rage we fail to acknowledge. And this is still a conversation that mainstream media need continue further.

Will this conversation continue with Marvel’s upcoming studio releases? Very dubious. At least we get to see an important superhero prove that well-behaved women seldom make history. Just in time for Woman’s month this year.

SHAREAnimation is the gift that keeps on giving. Now that we have a...

This new chicken skin snack can be your binge-watching buddy