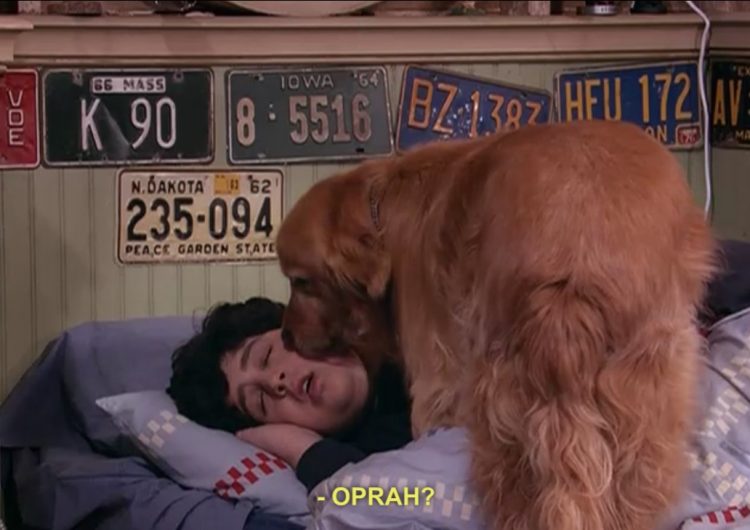 On my table lies three things: a glass of milk, my favorite yellow sweater, and a Carpenters vinyl record. No, this isn’t a game of odd one out. Two years ago, I used to think munching on cereals helped me in dozing off on time. But someday it stopped working, so I thought I just needed something to keep me warm and comfy to help me sleep, hence the sweater. But I grew irritated of wearing it, and someday I just found myself heavy-eyed when my dad started to play music of The Carpenters.

Finally, I thought. I finally have something that can send me to bed and make my eyes close in a sec. No overthinking sessions, no alternating flip sides of the pillow. No more tossing and turning, and no more endless scrolling on my feed. But here I am AGAIN, crowdsourcing on Instagram, asking my friends on ways on how to sleep. As Phum Viphurit sings in “Hello, Anxiety,” I’m really tired of counting sheep.

Late risers (therefore late sleepers) are often stereotyped as irresponsible and lazy. Yeah, we probably partied the whole Thursday that’s why our minds aren’t fully functioning this morning. Yeah, we probably spent the night playing video games too, because we don’t give a damn about being an early bird for class. We probably don’t care about punctuality at all. Sheesh.

Tired or not, why do we still find ourselves having a hard time sleeping? Is there something we need to do?

Well, science says we should stop blaming ourselves.

What is circadian rhythm?

I first encountered the concept of circadian rhythm in my Psychology 101 college elective. Circadian rhythm, simply put, is our 24-hour body rhythm. According to the National Institute of General Medical Sciences, these are processes—physical, mental, and behavioral—that follow a daily cycle. One of its basic functions is to detect and react to the light and darkness of the environment that surrounds a person or other organisms. Circadian rhythms are produced by biological clocks—devices that hold the “timing” of our body. Basically, circadian rhythms are vital in determining the sleeping patterns of humans. Now, are you starting to guess who the true suspect is?

As  Vox reveals, everyone’s clock is not the same. This starts the problem. Why? Most people have the 11 p.m. to 7. p.m. sleeping pattern. However, in a study on US National Library of Medicine, National Institutes of Health, it is found that there’s probably 40 percent of the population, who, no matter how they try, won’t be able to follow the same, society-approved schedule. If you hollered some “hard same” at my dilemma earlier, then maybe we’re members of the same club. Well, this might actually be the workings of delayed sleep disorder.

How would I know if I have delayed sleep disorder?

Supplemented by another study stated on Vox in 2016, it is said that there are naturally early birds and night owls in the world. Those who stay awake at night have their circadian rhythm slated later, while those of early risers have earlier shifts. Blame genetics. And sadly, we can’t just zap our way into becoming someone we aren’t patterned to be. Planning to fight them off, still? Well, sorry to say your health might get in trouble when you do that.

The delayed sleep disorder, or the delayed sleep phase syndrome (DSPS), as Cleveland Clinic defines, is a sleeping disorder characterized by the delay by “two or more hours beyond the socially acceptable bedtime.” One classic example is planning to hit the hay at 10 p.m. to wake up 6:30 a.m., but instead falls into the trap of sleeping at midnight and having a really, really bad time getting up. “This is not deliberate behavior, but certain habits can make this condition worse,” Cleveland Clinic further describes.

We can still do something with our sleep

Early risers or night owls, we can all still try getting some good sleep. One thing you can try is listening to a podcast. Sleep With Me is a podcast designed to help you pacify your racing thoughts at night. Think bedtime stories, but can actually drift you to your dreams ASAP.

If digesting more words for the night isn’t your thing, then that probably leads you to the classic ASMR route. Pick from sounds of brushes, liquids, snacks, and even shoes’ skins. Celebrities also do ASMR vids, and often bless us with their own voices.

Listening to ambient sounds do wonders, too, especially if you’re the type who finds it difficult to sleep in silence. And you know, you would rather be someplace else. (Okay, the library IS still full of silence, but it’s a different kind of silence, right? Right?)

How about some lifestyle changes? Sure. Take a relaxing shower before heading to bed, exercise regularly (but not before bedtime!), and  avoid eating late in the evening. Speaking of eating, invest in bananas, almonds, honey, and oats, and veer away from high-fat food, alcohol, cheese, caffeine and even spicy food if you want to score some problem-free Zzzs, according to Independent.

Sleep, much more good sleep, is our irreplaceable weapon through the daily scheme of things. The National Institute of Health mentions “mental health, physical health, quality of life, and safety,” as few of the targets sleep gets to hit. Sleep even improves  brain functions, as it helps in throwing away toxins in your brain, according to the National Institute of Health. Hello there, productivity.

No amount of caffeine or short-term efforts can outsmart the productivity level good sleep can do. To tell you honestly, finishing this piece today wasn’t easy. Now, I’m sleepy as hell. But that doesn’t mean I actually wanted to be.

Sleeping is already a hard chore for some. Maybe we can make mornings (and nights) a bit brighter for them sleep-wrecks out there. Start with quitting stereotypes.

SHAREBawal Clan dropped their first album Paid In Bawal two days ago. The...