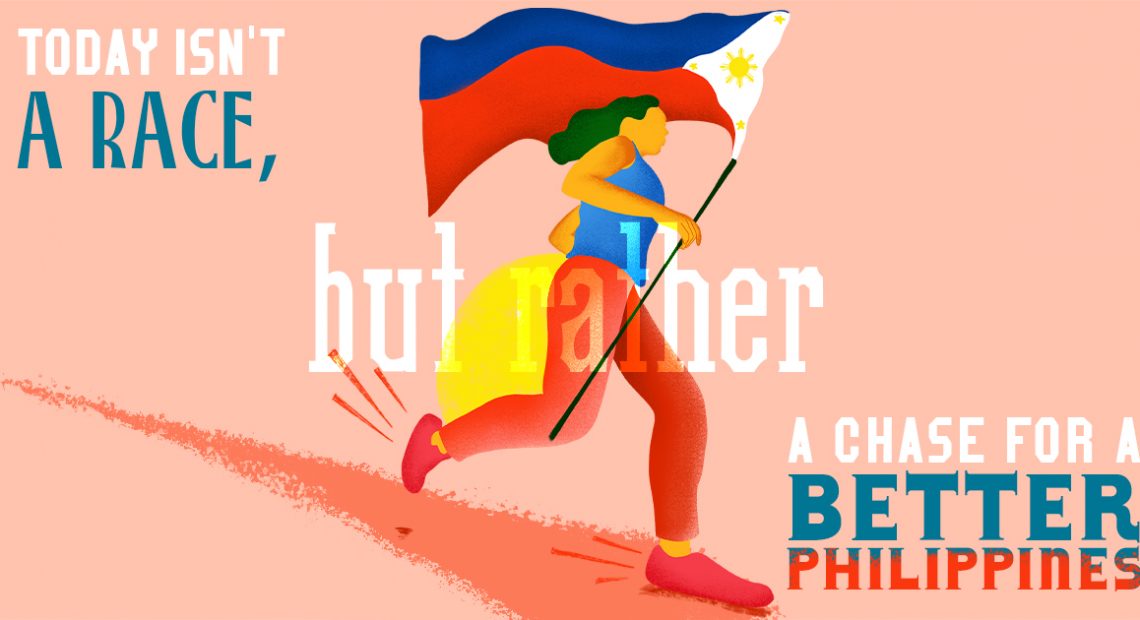 It’s two days after the 2019 midterm elections, and the spirit of revolution feels more alive than usual.

With every election comes the raucous period after it. Post-elections is when a lot of people have a lot of things to say, from celebration to dissent. In times like these, many coalesce to make their collective voices louder for higher ups to listen. During mobilizations and rallies, voices rise and fists are lifted alongside signages.

And so the Freedom Fonts were created with these particular placards in mind; those that punctuate the cries of the angry and oppressed.

Call for submissions: We want people especially graphic designers and artists or it can be just anyone, to download the font, use it to make their statement, and post it online with the hashtag #freedomfontsph

To revive the power of the revolution that won us freedom and democracy, the design team of IdeasXMachina: A Member of Hakuhodo Philippines (IXM) created a set of free fonts aptly named Freedom Fonts.

There are four in the set, all of which are inspired by revolutionary publications of yore, namely KALAYAAN, La Solidaridad, La Independencia, and The Renacimiento Filipino. The fonts are named Kalayaan, Katipunan, Kagitingan, and Kapayapaan, each after a key value or organization during the Philippines’ colonial era.

These publications played a crucial part in our history by becoming the (type)face of the marginalized. In current times when freedom of expression is threatened, works like the Freedom Fonts continue to carry the spirit of these publications.

We have a quick online chat with the Freedom Fonts’ creators on their choice of inspiration and the importance of fonts in revolution.

How did you guys come up with the idea?

Besides coming up with a creative idea, we wanted to do good for the country in a time where the people really need it. There are various social issues we Filipinos are dealing with but arguably the most far-reaching and relevant one right now is the lack of freedom of expression. We wanted to reinforce the importance of the right to freedom of expression for the media, the press, and of course, the Filipino people. Especially today wherein free speech is stifled by the prospect of prosecution, which in turn deprives the public of information.

We wanted to reinforce the importance of the right to freedom of expression for the media, the press, and of course, the Filipino people.

And why choose revolutionary publications as your inspiration?

Our inspiration came from historical revolutionary publications because during the Spanish occupation of the Philippines, the press played an integral part towards the revolution. The printed word was one of our mightiest weapons and newspapers like La Solidaridad, Renacimiento Filipino, KALAYAAN, and La Independencia were instrumental in not only spreading information but also rallying the nation towards freedom, independence, and a better tomorrow.

These fonts echo the spirit of the Filipino revolution and they provide a medium in which people can freely express their sentiments and opinions through art, signages, brochures, and whatever forms of print and media they choose to use.

What is the importance of fonts in revolution for you?

More than typefaces, these fonts are symbols of bravery, sacrifice, struggle, and triumph. These fonts echo the spirit of the Filipino revolution and they provide a medium in which people can freely express their sentiments and opinions through art, signages, brochures, and whatever forms of print and media they choose to use. These fonts remind us to always protect and fight for our basic rights as Filipino citizens. Freedom Fonts were created to urge and help us Filipinos express ourselves without fear.

Art by the Freedom Fonts team