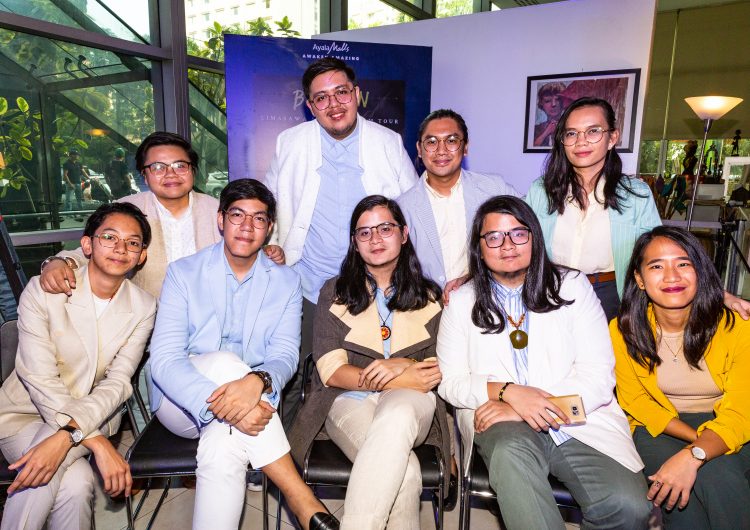 The members of Ben&Ben know that people love them. But they might not know just how much.

Or maybe they just don’t try too hard to have it all to themselves, or control it as sturdy as steering a ship’s wheel, with the crashing waves making it almost impossible to do so. If they were, they would have probably appeared perfectly rehearsed, squeaky-clean, almost robotic. “Na-inspire kasi kami doon sa—walang brand—pero happy meal. Kasi parang nakaka-excite siya,” they describe the seemingly one-of-a-kind packaging of their debut album Limasawa Street to the press people in a private launch. “Branded ba ‘yun? Ay.” They laugh in sync, realizing the mistake.

Little did we know that they’d make the same mistake minutes later, while mentioning their love for food. “Samgyup,” they confessed. And the confession went up to the point of saying the exact place where they gobble up the famous Korean BBQ. They laugh again. 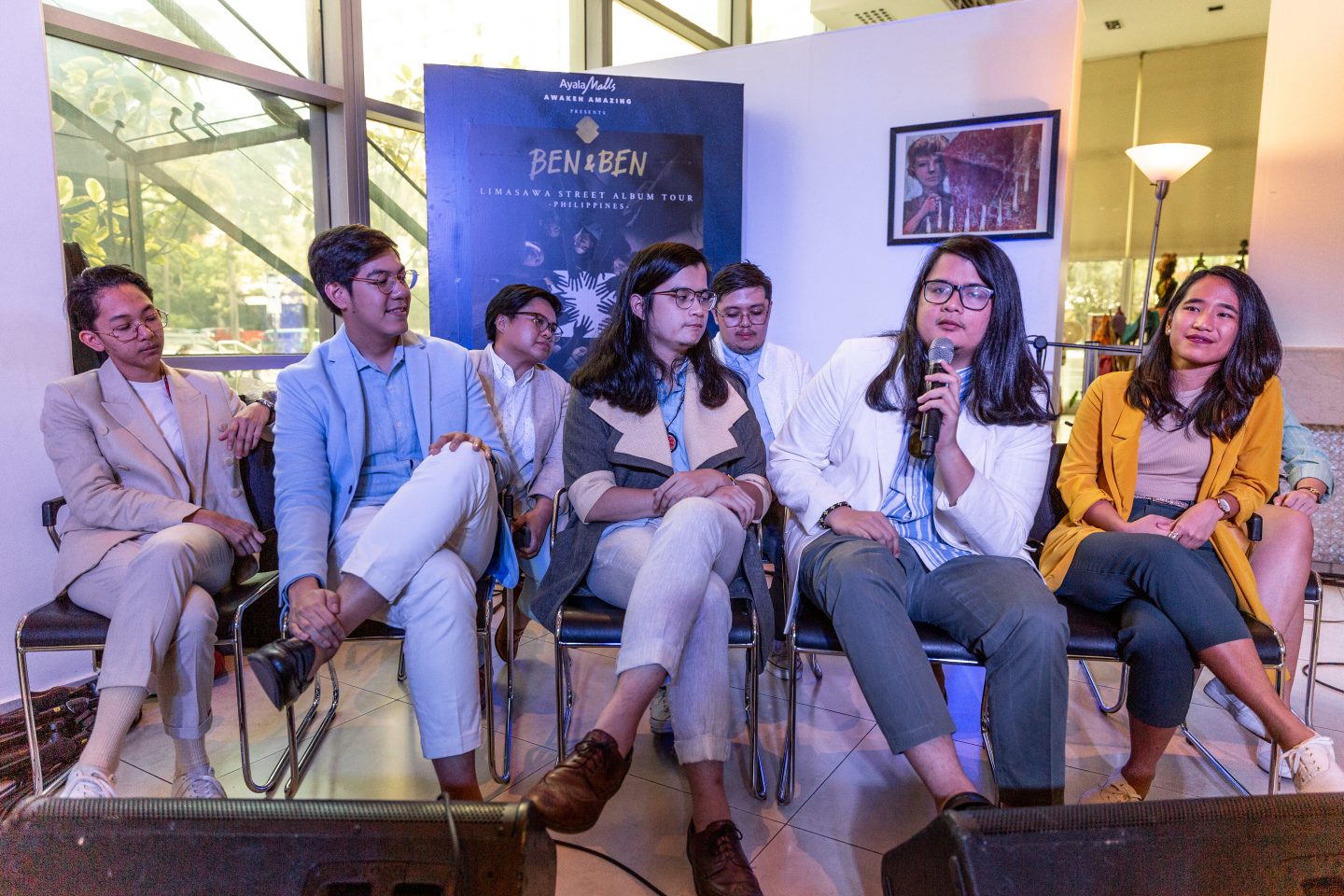 Composed of Paolo (vocals and guitars), Miguel (vocals and guitars), Pat (keyboards), Poch (guitars), Jam (drums), Toni (percussions), Keifer (violin), Agnes (bass), and Andrew (percussions), Ben&Ben is a young outfit, but moves like a veteran-level magnet. Their earthy, organic, multi-layered folk brand is hypothetically like no other in the current Filipino soundscape, and has attracted avenues that give us full-sensory experience. A film? A commercial? It’s easy to find a Ben&Ben song that just connects.

Now that their first album Limasawa Street is already in tow, we’re more convinced to stay in their zone. “Limasawa Street ‘yung street ni Bea [Lorenzo], ‘yung girlfriend ni Paolo,” Miguel confesses, but quickly tells that there’s a deeper meaning to it. Limasawa is from “masawa,” a Butuanon word that translates to “light.” What kind? For now, they say it’s the place you go to if you want to move on from a relationship or even a failed quiz. What more? Just like what Ben&Ben always does, they leave the stories of the songs to us, like we’re a freely navigating ship.

We talked to the nine-piece band about the album, hugot culture, and their measure of success. 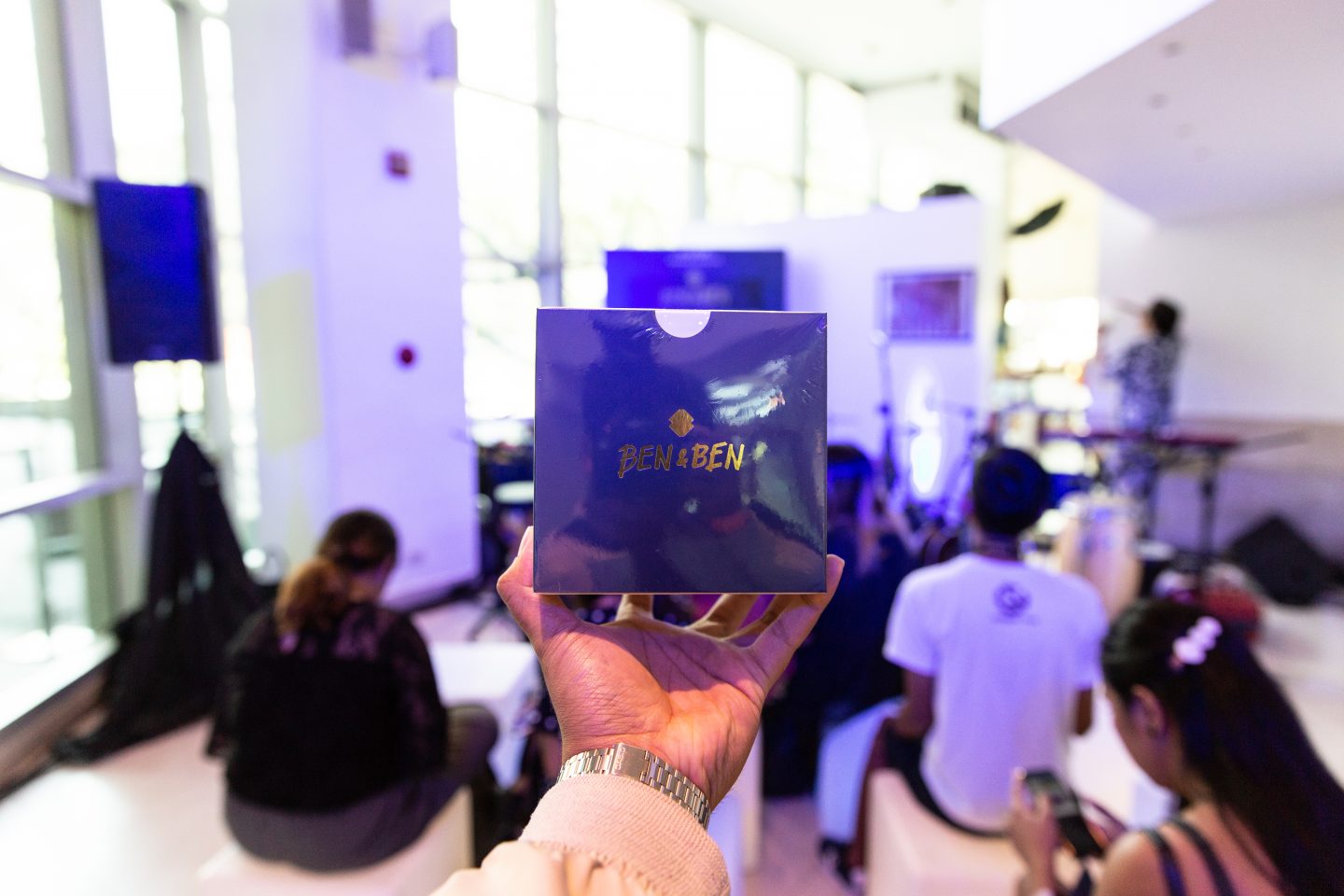 If someone is going to listen to your music for the first time, and the person’s first dip in your music will be through your Limasawa Street album, how will you describe or introduce it?

Miguel: Siguro, una, listen to the songs in order. Dahil even down to the order of the songs, sobrang pinag-isipan namin siya. When we tell a story, [it’s] not really very detailed, but we give a certain mood. We bring your mood to a specific place na sobrang pinag-isipan.
Toni: Ako, nung pinakinggan ko ’yung album for the first time in that order, para siyang rollercoaster talaga. Kasi dadalhin ka niya—parang journey. Dadalhin ka niya from one place to another tapos ang dami mong dinaanan.
Andrew: So I guess for someone who does not know our music or has never listened to us, I think what this album can provide is something… like, there is going to be something for everyone. There’s something in this that’s going to resonate in them somehow. 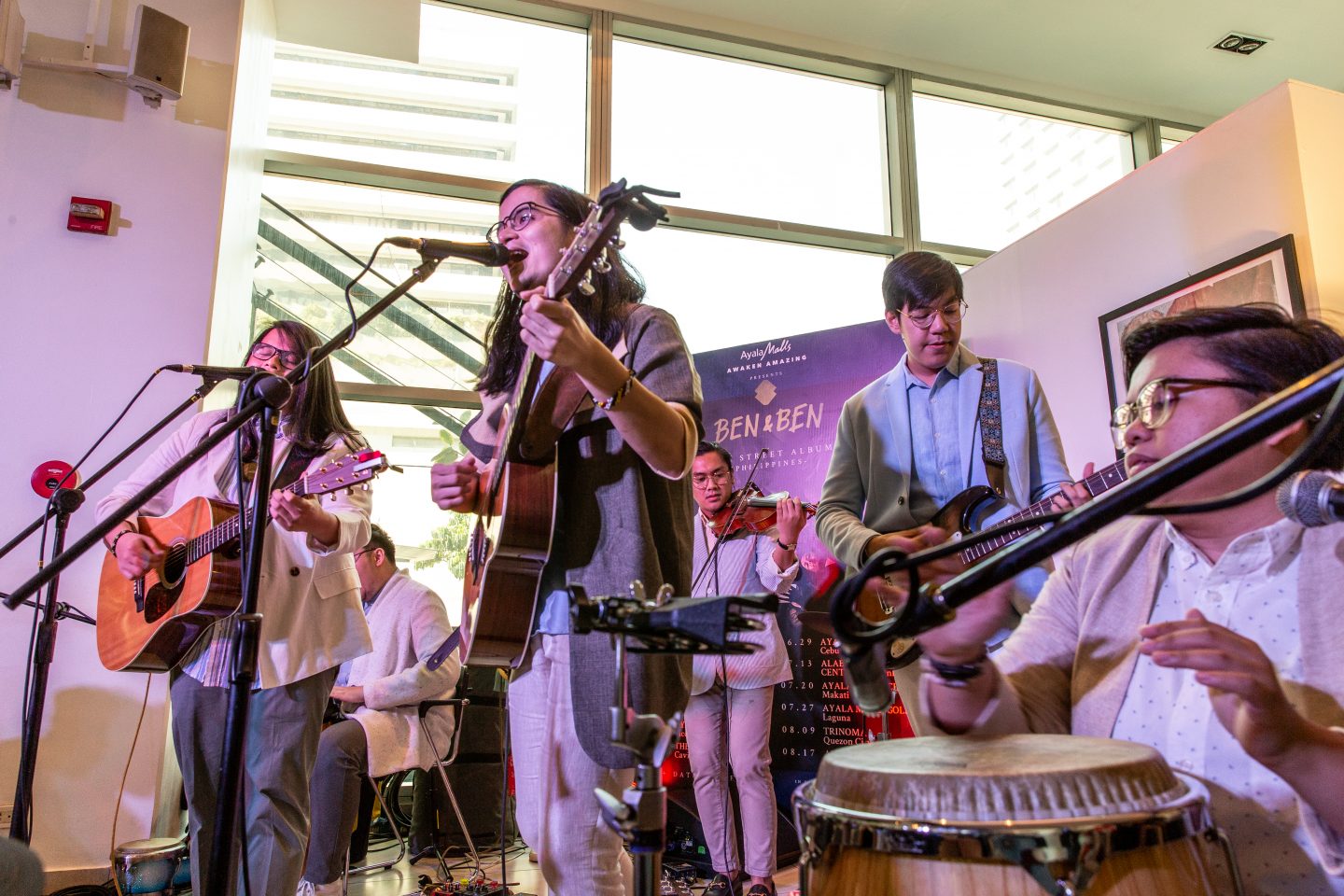 Can you tell us about the process in the making of the album? Was there a specific feel that you were following when picking the songs?

Paolo: Wala talaga, basically we were just thinking of the abstract concept of the perspective. And I think that’s where all the songs point to. Whether it’s a song about moving on, whether it’s a political song, whether it’s an inspirational song. Basically it started with that concept. Same things from the perspective of love. Then, it draws to different tracks na all of that, it was done in a very rapid manner. Kasi siguro the writing, the recording, and everything that happened after. Lahat ’yan natapos within four to five months. 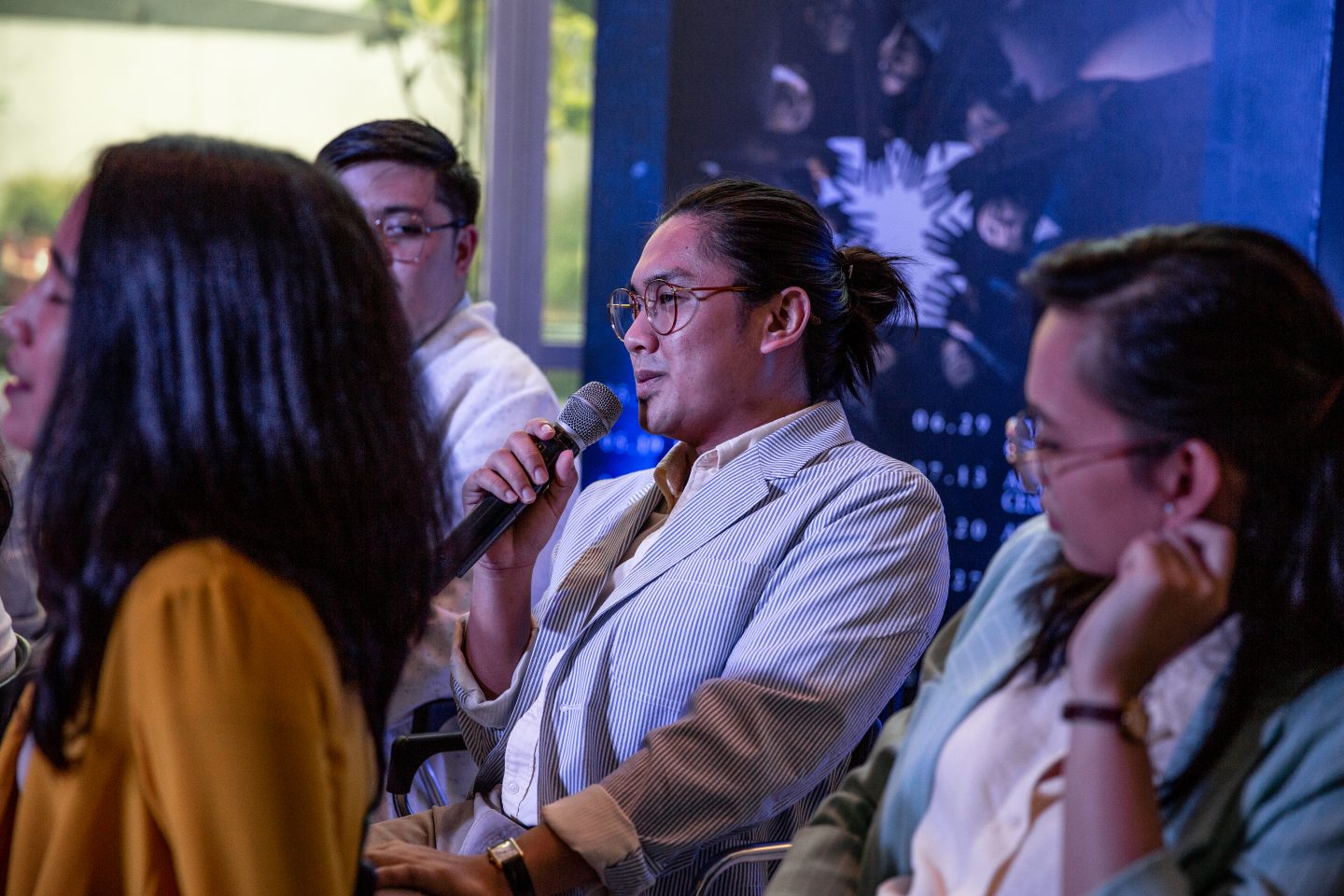 So why do you think this is the best time to release your album Limasawa Street? How did you come to the conclusion that it’s already good to go?

Pat: Anniversary kasi namin ngayon. Dapat sa February i-re-release ’yung buong album, but you know, life happened.
Keifer: And we wanted to wait for the right time. Actually perfect timing din ’to, I believe. With all that’s happening. I like to point out din what Miguel said in the earlier time na basically as much as we want to have control on the release, we’re really just guided with something else. Actually, that’s what keeps it exciting. Siyempre early on, we made decisions na “ah, dapat ganito, ganyan.” But then when it changes kasi, we just think na life happens. Come to think of it, before pa naman, we really wanted to release an album. And I think this is the right time. 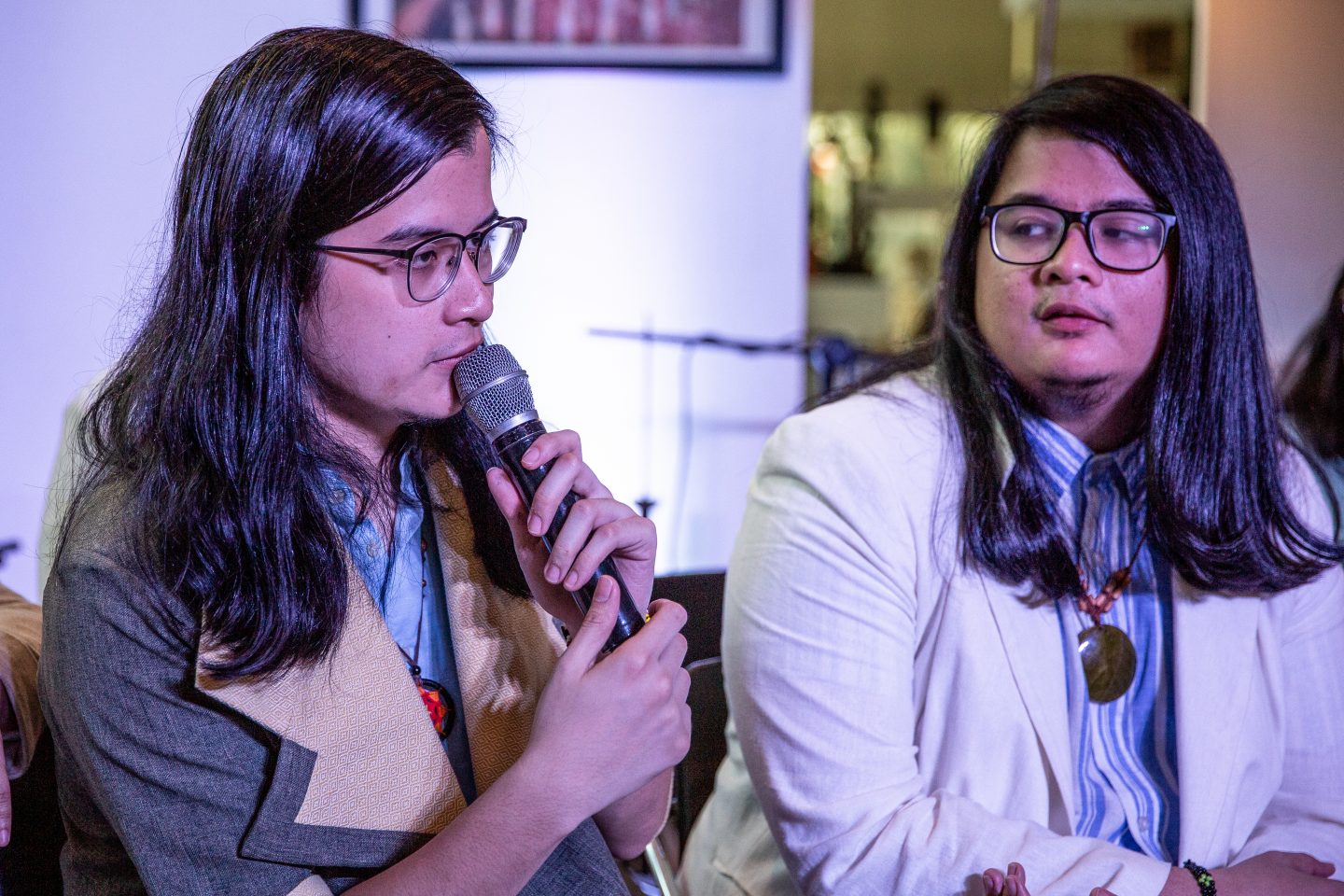 How would you define success naman? And do you think you’ve already reached that success?

Poch: I think success is subjective. Like what Miguel said kanina, cheesy man pakinggan, but we’re really not in this for fame. We’re not in this for popularity or for money. We’re in this to bring light and hope. Like what Paolo also said, to bring people out of the darkness and give them hope in life. We receive so many messages on our social media. We get letters from our listeners that express stories of how our music has helped them step out and continue life with hope. I think it’s with those stories that we make a big impact, and that fact tells us every day that we should keep pushing. Those little things amount to our success.

We’re not in this for popularity or for money. We’re in this to bring light and hope.

Miguel: Siguro to add to what Poch said, the more obvious metric of success, obviously is by the number of people that you reach. But we add onto that another metric in order to say that we are successful, which in that metric is gaano kalalim ’yung epekto mo sa buhay ng ibang tao. At kapag naabot namin ’yun, masasabi naming successful na kami. And so far, I can confidently say na in a way, we’re not there yet. But we’re getting there. Because of those messages sent to us, and even because of the stories that we hear and we have been a part of. And we see them as well, like, what we talked about recently. There was this listener, Maxine, and we were involved with her family na rin during the time that they were trying to move on. So I guess that’s how we define success. 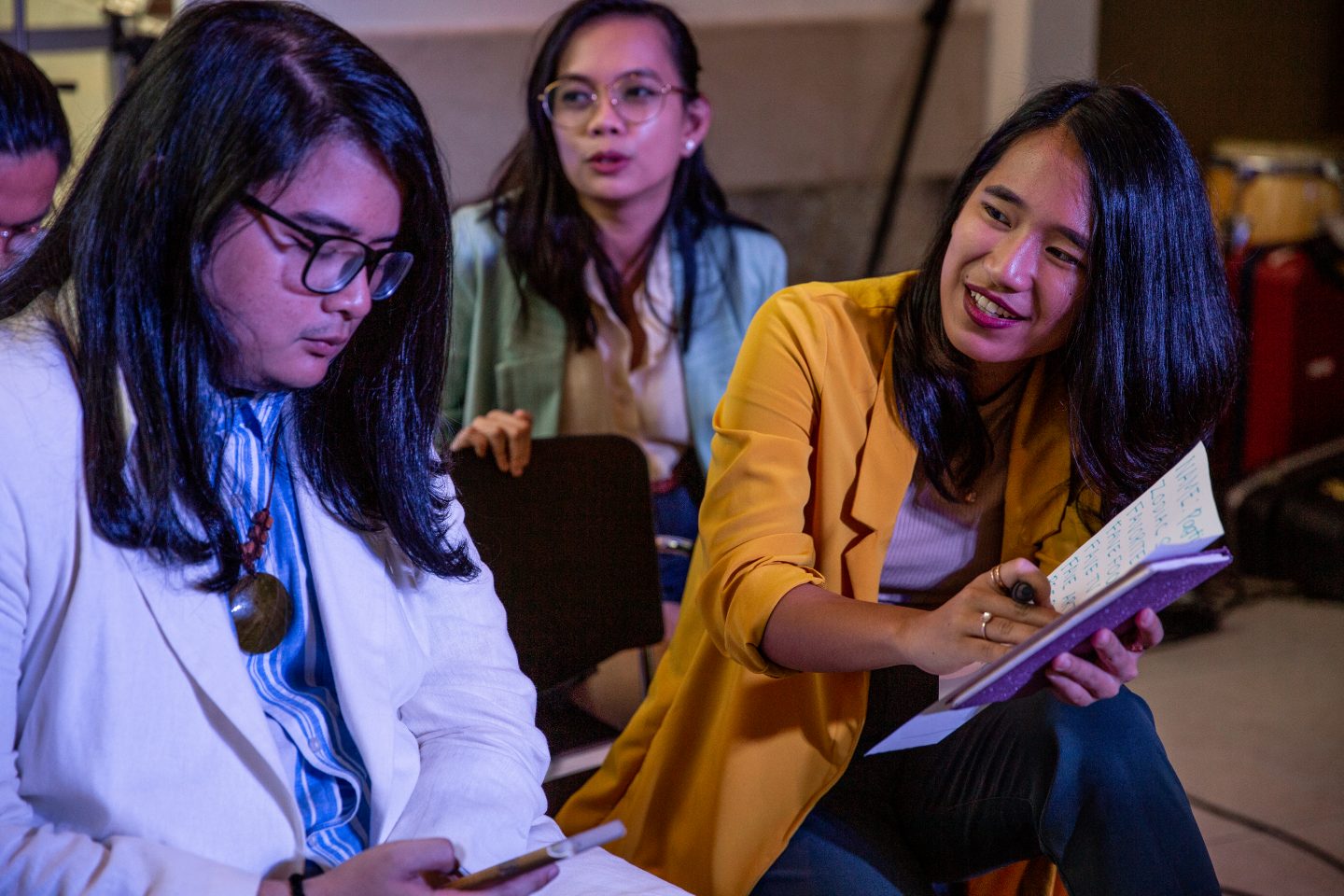 What’s your opinion on hugot culture? When do you think does it get overboard?

Keifer: Good question.
Paolo: That’s my favorite question.
Ben&Ben: (laughs)
Paolo: Hmm, I think, maybe [from] where we’re coming from, as a band… There have been, I would say, quite a number or enough music and art that talk about a broken heart. But what we’d like to focus on is what happens after that. Because I think that’s the most important part. Kumbaga, we see it as a responsibility na if we make music, or make art, kumbaga people underestimate the power of what music can do to people. Basically people hold onto them, and if you’re going to make something that people hold onto, it better be something that gives them hope and takes them away from that dark place. Maybe the reason why hugot is such a popular concept nowadays is because it’s true. Like, there are a lot of sad people.

People are sad, but we don’t want to make it sadder. That’s the take. We don’t want to contribute to that… Kumbaga ayaw kasi namin ’yung parang “oh sige, malungkot ka. Palungkutin pa natin.” We want to move on from that. Because we feel that, cheesy man, [but] people deserve the kind of love that does not result in hugot feelings. That’s probably one of the big things that we talked about in this album. We wanted to make a statement. We’re excited and nervous as some people who receive the songs, because it’s probably like, a step away from what people are used to listening to nowadays. In terms of themes, not just lyrics.

You can listen to Ben&Ben’s debut album Limasawa Street here:

Layers! Pink outfits! Everything that Harper wore in “Wizards”!