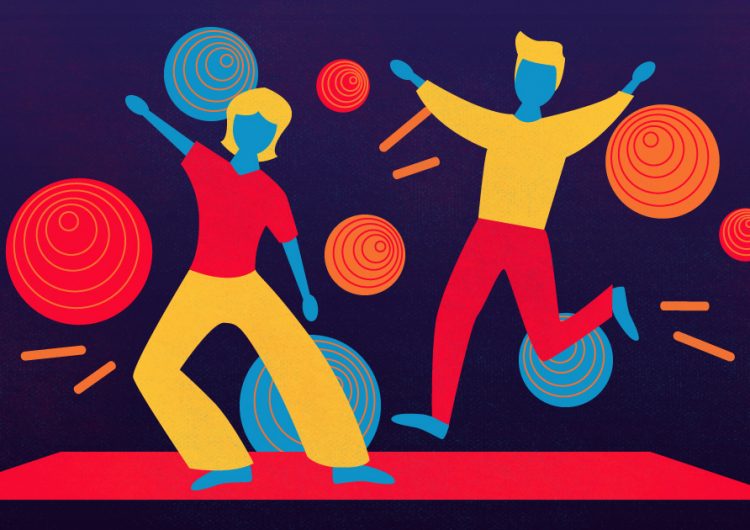 Well, we found one thing that remains constant

There is something intriguing and alluring about the past, especially the ’70s and ’80s.

The era when everything was vibrant and dramatic was exactly the time when our parents and titos and titas were at the peak of their youth. They were working boys and girls of Makati, getting that dough with big hair and shoulder pads. And every night, they would go out and party like Annie Batungbakal, disco lights hitting their bell bottoms and graphic button-downs.

Today, Makati remains the burgeoning business district. But disco, which Annie frequented in the popular song, is not what comes to mind when we say party. Heck, disco is now a word associated to ‘80s-themed parties, right? Jeproks used to refer to cool, but will we ever hear kids these days use that word?

You see, each generation molds its own culture. Take a look at how different two generations are:

What’s a party without dancing? The ’70s and ’80s were famous for their animated nightlife. I mean, don’t we all go crazy when the DJ plays The Human League’s “Don’t You Want Me Baby?” Thematic parties today even hark back to that era. That time saw classic old-school moves on the dancefloor. Parties now play EDM and hip-hop, which call for different moves. As we see in the video, dance moves have evolved into something more current—think hip-hop, pop and locks.

Back in the day, there’s no other way to admit your admiration to a crush other than confessing it personally. Okay, maybe confessing through secret letters or allowing mutuals to serve as the bridge. Still, it all leads up to the necessary moment of going up to them and making a confession. That’s dyahe.

Today, there are more venues to admit one’s feelings. Thanks largely to the internet, we now find a springboard for love through dating apps and social media. Still, we have never been able to leave that feeling of dyahe behind. That’s because nothing has really changed. While you can find a date online or verify your crush’s status through social media or get to know so much about your match, you still have to take the conversation offline.

Generations have their way with words, and this is most apparent when we talk about clothes. A good ensemble back then was acknowledged with japorms. Look at old films and photos. We’d see them wear bell bottoms or high-waist washed denim matched with a flashy button-down or a tight shirt. Girls liked their hair real big, as if they’re full of secrets. Boys liked long hair with bangs, which is making a comeback actually.

Now, clothes are acknowledged with a fire emoji or the word “lit.” Although clothes from the past decades have found their way to our closets, our generation’s choice of clothing is along the border of normcore and streetwear. If this article were written years ago, it would have been easy to call what’s in style today as swag. But that’s kind of a dated word already. Let’s just settle with “fire.”

Truly, a lot of things have changed and evolved in just a matter of years. But if there is one thing that remains the same, it’s the value we give to camaraderie and lasting friendships. San Miguel Pale Pilsen, the 129-year old iconic and classic Filipino beer, has been part of these unforgettable friendships through the years, and wants to continue to be part of new friendships and memorable experiences with the barkada.

San Miguel Pale Pilsen brings two generations together with its Side by Side Campaign, reinforcing the message that no matter the generation, the essence of samahan remains the same. Kahit Kailan, Walang Iwanan.

SHAREThe team behind “The Office” is back with a Steve Carell-led comedy series,...

This just screams “why do men”