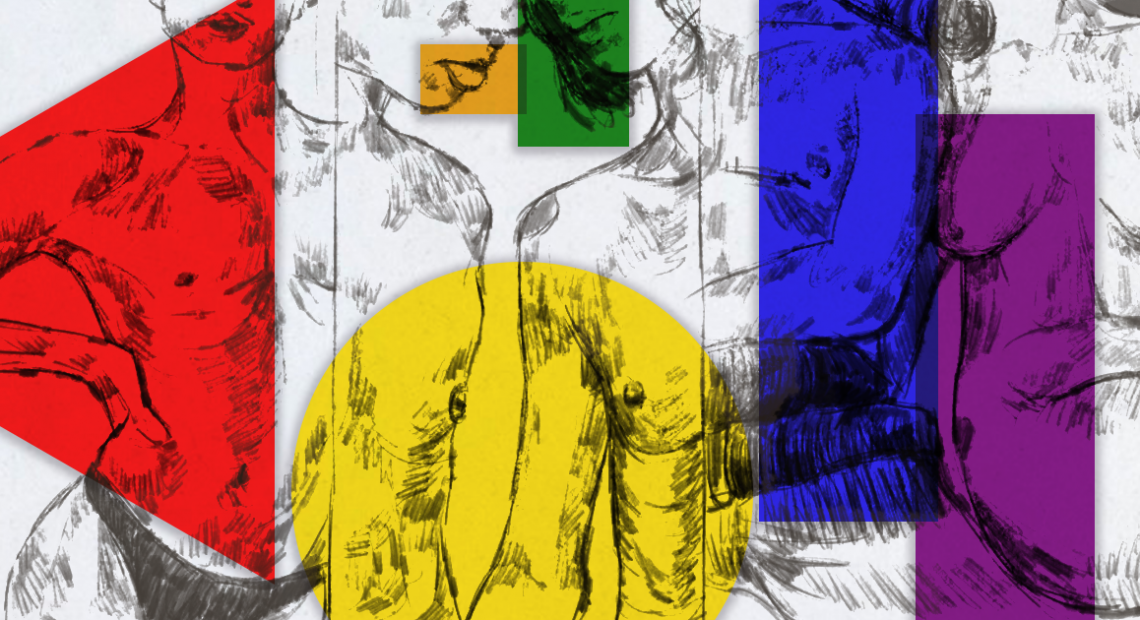 Growing up, my parents taught me to call boys “he” and girls “she,” while ‘they’ meant a group of people, and if I used it to refer to one person, I’d get an X on my English paper.

When I first learned what “they” meant for genderfluid or non-binary people, I would laugh at “I identify myself as X” memes or at any joke that painted queer people as “special snowflakes” because I didn’t realize the importance of calling people by their pronouns.

I stopped laughing at the jokes after realizing that I myself was a part of the LGBTQ+ community.

Our heteronormative society exposed me to such an ugly interpretation of this community that it was hard to come to terms with my bisexuality. There was so much that I had to correct, especially the way I looked at gender expression.

When speaking in Filipino, this isn’t really a problem. There are numerous gender-neutral pronouns used abundantly in our own language. For example, “he” or “she” in English can easily be translated to “siya” in Filipino, which can be considered gender-neutral. Sadly, English isn’t as inclusive.

Though I may not think of my pronouns as names important to me, to nonbinary people, pronouns are significant for their identity. When you laugh at this, you aren’t only saying no to using “them,” you’re saying no to the way they express themselves, to the way they live their lives, to their very being. As people that don’t understand their struggle, being respectful of someone’s pronouns shouldn’t be optional.

In a Huffpost article, Maddie Crum writes that the first known use of a gender-neutral pronoun was in Medley/New Bedford Marine Journal, where the authors defended using “they” as a singular pronoun in order to conceal someone’s gender. It was a big step for nonbinary inclusion. However, the upper classes continued to push “he” as the main general pronoun.

Read more: Why is the rainbow gay?

We were taught binary pronouns are the “proper” pronouns due to the prevailing hegemony of heteronormative establishment. Gender constructs have been shoved down our throats for ages, so much so that nonbinary folks are grossly misunderstood. For cisgender individuals, ignorance becomes a convenient choice that they are privileged enough to make.

1. He / Him: one of the first pronouns to be used, first used in the Old English of 893, translating to “this, here”; identifies as masculine
Ex. He wants to make himself known.

2. She / Her: believed to have come from the Old English term ‘hoo,’ which is feminine for the ‘he’ pronoun; identifies as feminine
Ex. She wants to make herself known.

3. They / Them: first recorded as a singular pronoun in the 1300s in the medieval romance book “William and the Werewolf” to refer to an unnamed character, often used by nonbinary people since English does not have an official third-person singular pronoun; gender-neutral pronouns, used by many people on the gender spectrum
Ex. They want to make themself known.

5. Per / Per: used in author Marge Piercy’s book “Woman on The Edge of Time” in the 1970s to replace “his” and “her”; gender-neutral terms
Ex. Per wants to make perself known.

7. Xe / Xem: coined by writer Don Rickter in a piece he wrote for the paper “Wayback Machine” in the 2000s; gender-neutral terms
Ex. Xe wants to make xemself known.

9. One: used in 1770 by Robert Baker, who suggested to use “one, ones” instead of “one, his”; gender-neutral term
Ex. One wants to make oneself known.

10. Their name: people who aren’t comfortable calling themselves by a pronoun, so they prefer their own name
Ex. My name is Jen. Jen wants to make Jenself known.

It may not be a big deal to cisgender people. After all, we’ve grown so used to binary pronouns and labels. But to people using third person pronouns, it is a part of their core identity.

From trans activist and writer Sam Dylan Finch, “when someone states their pronouns (he, she, ze, they, etc), they are asking for your respect. And when you choose not to use these pronouns and instead opt for your own, you are not only invalidating someone’s identity, but you are also saying a plethora of harmful things that you likely never intended.”

Disrespecting their pronouns means disrespecting who they are, and I’m sure that they’ve had their fair share of that their entire life.

Educate yourself—both for the community’s sake and your own. Make the effort to create a safer, more welcoming environment for nonbinary people. Who knows? You might even discover something new about yourself along the way.

SHAREFamily is everything in Filipino culture. If anything, taking care of our kinfolk...

SHAREGood parties need an equally good pregame, and Art Fair Philippines is no...