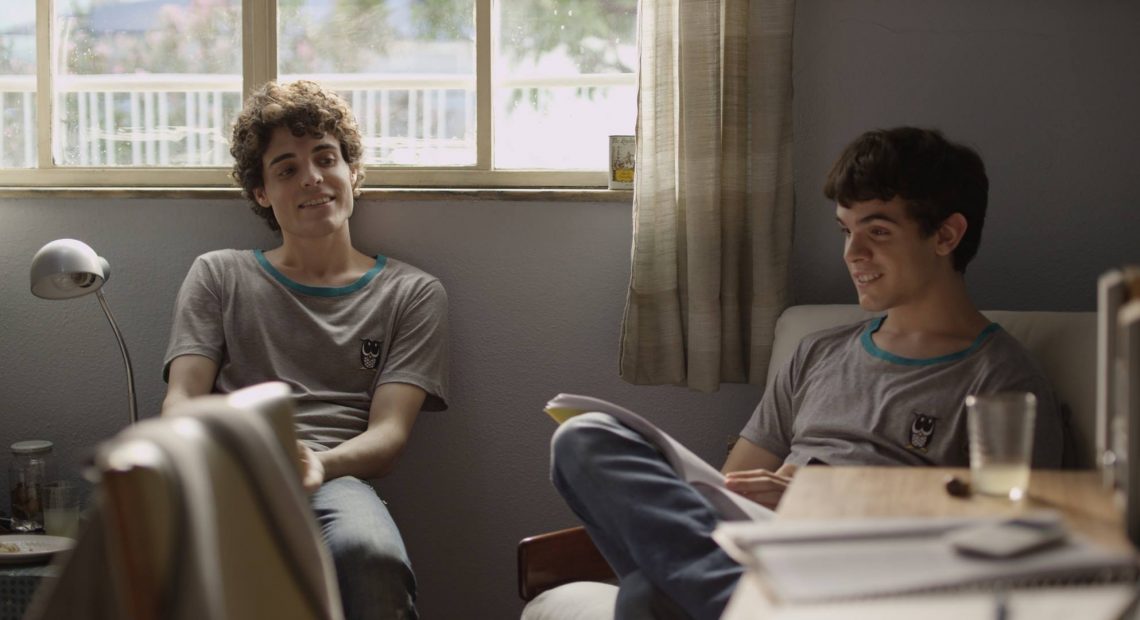 Ever heard of the trope “Bury Your Gays?” If not, you might have seen it anyway.

“Bury Your Gays” is in a lot of queer stories. In Vox’s definition, this means “queer characters seem to never have happy endings.” This came from pulp novels in the ’50s. Back then, LGBTQ+ stories cannot have happy endings in their stories or the “post office might seize it as obscene.” Queer writers are forced to comply for fear of their stories getting unpublished.

But that was then. Gone are the days when a bad ending is needed for queer stories to exist. So why is “Bury the Gays” still in contemporary classics like “Brokeback Mountain“? Or current transgender stories like “The Danish Girl”? Oh yeah, Autostraddle’s lesbian death list is still growing  We’re at 147 deaths, BTW.

There are so many deaths in LGBTQ+ films and TV. Unfortunately, most of these are for shock factor (I see you, “The 100”). Or even when there is no physical demise, the characters end up with the tragedy of leaving the love of their life. Well, we get it; despite the growing awareness of the LGBTQ+ community, many still face discrimination and condemnation on the regular. Hello, not a lot of countries protect gay rights!

It’s unfair for queer narratives to be synonymous with tragedy. So instead of queer films with somber endings, let’s celebrate the (sadly) rare LGBTQ+ films with happy endings.  In case you’re not familiar with any, here are 10 LGBTQ+ films with a satisfyingly pleasant finish. Bye-bye, unnecessary shock factors. Hello, much-deserved happiness.

Based on the novel “The Price of Salt,” this film follows two unlikely women who become fast friends. After “glove lunches” and sneaky glances at one another, their bond slowly turns romantic. “Carol” is still a gem among lesbian stories. No one dies or no one ‘realizes’ they’re straight. In the end, they are each other’s better half. It’s the universal happy ending we all aspire to have.

To Wong Foo, Thanks for Everything! Julie Newmar (1995)

Here’s a road trip movie about Manhattan drag queens played by the action stars of the ’90s. “To Wong Foo” might not tickle Rotten Tomatoes’ fancy, but it did leave a legacy on queer and camp cinema. Wesley Snipes and Patrick Swayze as Manhattan drag queens? Oh, and they’re not making fun of drag culture? Sis, sign. us. up!

This is a beautiful Christmas film that also does an amazing portrayal of a trans woman of color. “Tokyo Godfathers” follows the story of a transwoman, her partner and a runaway kid bonding together to return a baby they found near the dumpster. It’s a roller coaster of emotions (duh, Christmas movies) but still ends in a good, heartwarming note.

“Weekend” follows a semi-closeted lifeguard who meets an out-and-proud artist for a one-night stand. Imagine the feels of “Before Sunrise,” but the characters’ chemistry is more deliberate.

“Billie and Emma” is set in an all-girls Catholic school in the mid ’90s, where the school’s star student named Emma announces her pregnancy during the morning assembly. Life for her becomes more bearable when she found herself enamored with new transfer student Billie, a tough-as-nails/rockstar wannabe who softens up when their friendship blossoms into romance.

Leonardo is a blind teenager who wants to be independent. No special treatment. No aid from anybody, especially not his best friend Giovana. But that all changes when he meets Gabriel. He doesn’t treat Leonardo like an outsider. Sure, he treats him different from everybody but it’s because of fondness, never pity. From the day they met, Gabriel becomes a huge part of Leonardo’s coming-of-age story. This is where we see him flourish.

Does a progressive bro film exist? Well, “4th Man Out” might answer that. On Adam’s 24th birthday, he decides to come out to everybody, including his ride or die dudebro squad. They slowly come to terms with Adam’s identity. But what really bonds them? Helping their friend navigate his sexuality together. No matter how alarmingly straight they are.

This dramedy starring Eddie Garcia is a Cinemalaya classic. In “Bwakaw,” he plays a lonely gay man who’s turned cynical. He’s counting the days of his passing. A lot of people hate his pessimistic attitude. To be fair, he sort of hates them, too. The only thing he doesn’t hate is his dog. It’s a comedy about fearing death, growing lonely and coming to terms with one’s sexuality. Safe to say, it’s pretty layered.

Pie is shocked to learn that her roommate Kim is a tomboy but that didn’t last long. Soon enough, they have that bond roommates develop. But it’s not just any bond for Pie. As they spend more time together, she finds herself falling for Kim. It’s a miracle. Finally, we get the wholesome lesbian rom-com we deserve.

It’s a romantic comedy about a young trans woman named Ricky. She lives in a small town, dreaming to be a designer in New York. As her dreams in the Big Apple awaits, she works as a barista in a local cafe. This is where she meets Francesca—someone who’ll change her life in huge ways.

Still from The Way He Looks

SHAREThe 2020 UP Clothing Tech graduation fashion show was a layered exhibit that...

SHAREIn today’s Personal Attacks We Didn’t Ask For, we’ve located the elephant in...

‘Dracula,’ ‘Frankenstein’ and more horror faves are heading to YouTube