So when I stumbled upon ANi: The Harvest, I can’t help but be hopeful.

“We wanted to do something unique and has rarely been done in the country.”

In the film festival’s history, ANi: The Harvest is their first full-length sci-fi film. Directed by Kim Zuñiga and Sandro del Rosario, ANi follows a young Bikolano boy from 2050. To save his ailing grandfather, he goes on a quest to find magic grains with the help of a faulty warbot.

“We witness through his eyes the turn of events: the journey he takes that changes his life, as well as his relationship and interactions with a malfunctioning robot he called ‘ANi,’” director Sandro del Rosario elaborates more on ANi’s plot.

“It’s an attempt to question the double-edged nature of development,” producer Toni Zuñiga weighs in. “As we progress as a nation, do we let go of our humanity? Are we all becoming machines fueled by consumption, greed and power?” he continues. “It’s a film that we personally wanted to see and share to Philippine cinema,” co-director Kim Zuniga adds. 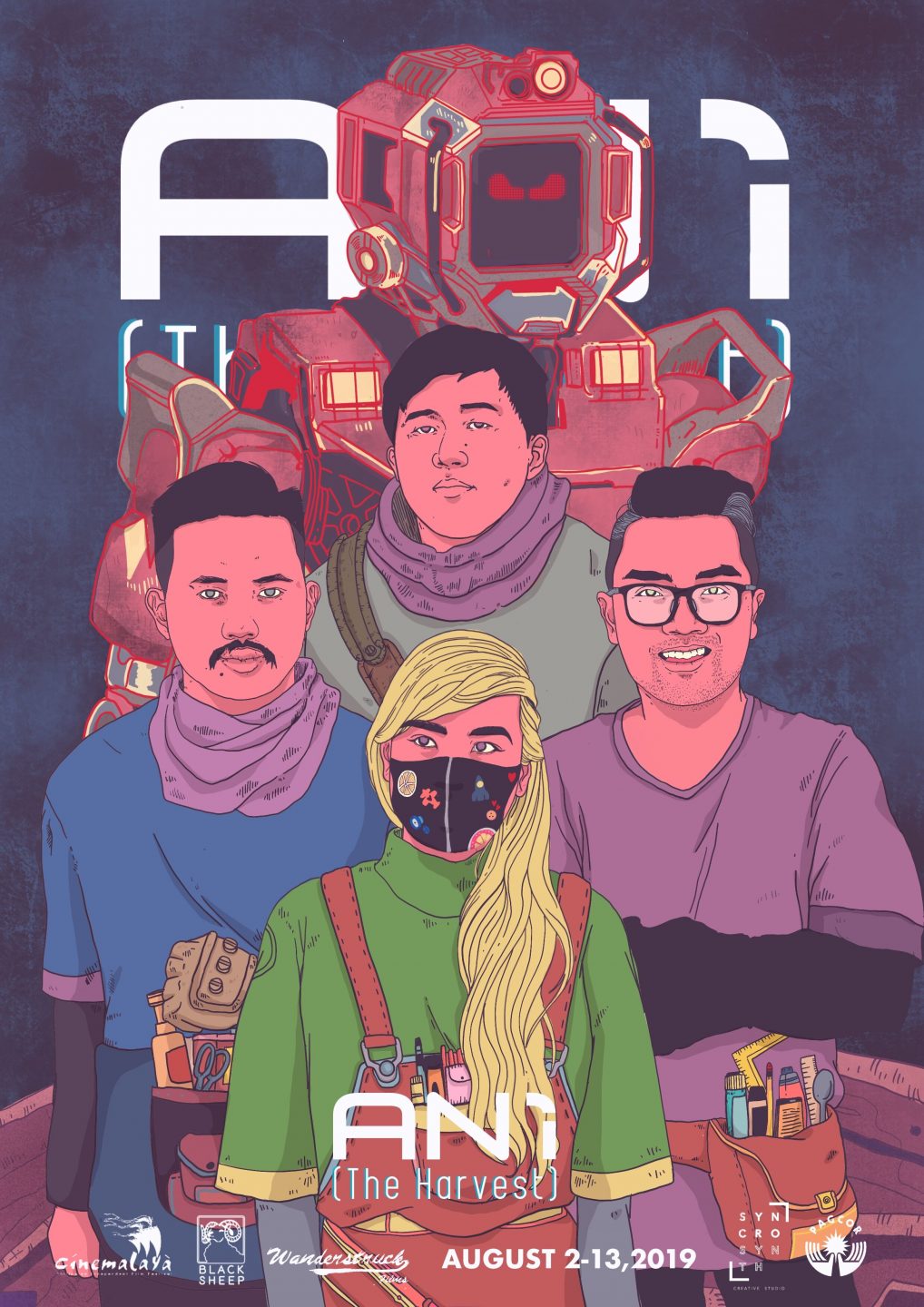 We talked to the folks behind Cinemalaya’s first sci-fi feature: directors Kim Zuñiga and Sandro del Rosario, producer Toni Zuñiga, and VFX producer Sixto Del Rosario. We looked back on their favorite sci-fi flicks, what pushed them to dive into the genre, and their hopes for ANi’s possible impact to audiences.

What’s the inspiration for the film?
Toni: ANi is very personal to me. Kim and I both grew up in a home that’s not always complete (our parents are overseas Filipino workers). During my low points, as a young boy, I found comfort in the stories of my father and mother. In my “fantastical world,” robots, dinosaurs, space aliens exist.

In a way, ANi—a film about the future—is really a throwback. It’s an ode to the joys and wonders of our childhood. We want to transport the audience back to a time when everything is pure and possible. 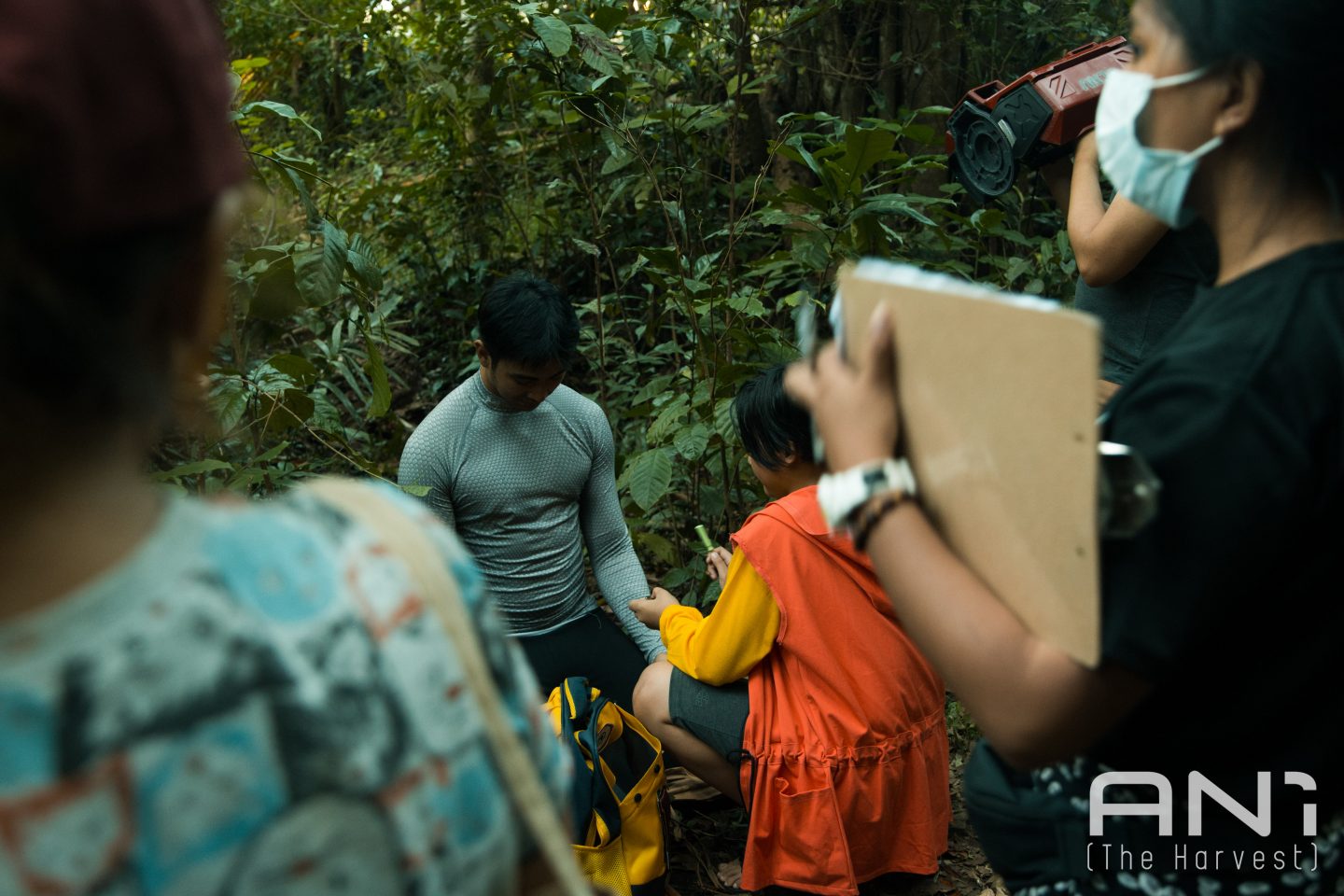 Kim: What sets ANi apart from other science fiction films is that we see the film through the perspective of a child (Mithi). It’s not the typical dystopian setup. We also make sure that the story stays grounded and has Filipino elements to it.

Sandro: We’ve been thinking of different film ideas for the past years, but the idea of ANi came naturally along the thought process. We, as a team, have always been fans of the science fiction genre. We’re fond of stories that focus on a child as the main perspective of our stories.

What made you choose Bicol as the setting of your story?
Kim: On a personal note, our family is from Bicol. In terms of our narrative, in our fictional world, Manila is already uninhabitable.

“It’s a clear indication that it’s the right time to create genre films, sci-fi films that are local, unique and can potentially be iconic.”

Toni: In our fictional world, the country has adapted to the environmental and political changes by building elevated cities and underwater towns. Robots are used in all areas—entertainment, home clean-ups, law enforcement and even in livelihood (via robot farms and automated fishing centers). A massive train system connects all islands from north to south (so yes the train crosses seas and the submerged areas). 10 major train lines (color-coded on the map), two of which (the Gongheguo/Yellow Line & Tropicheskiy Rossiya/Black Line) require passports to get in because they pass through former Philippine territories.

Although the story takes place in one of the mega cities (State of Bicol), there are more stories outside the massive border walls. Hopefully (fingers crossed), we get a chance to tell the story of the other areas.

Why did you choose sci-fi as a genre to explore in your film?
Sixto: There aren’t a lot of films under this genre in the Philippines. We wanted to do something unique and has rarely been done in the country. Not only did we want to make a science fiction film, but we also wanted to input and combine a lot of Filipino elements and culture into it.

“It’s not the typical dystopian setup. We also make sure that the story stays grounded and has Filipino elements to it.”

Did you draw inspiration from other films or shows? Or people, for the characters?
Kim: We liked how universal Ghibli films are. Even though their films primarily cater to a younger audience, it doesn’t talk down to children. It makes use of complex, adult themes in a way that’s engaging and accessible. 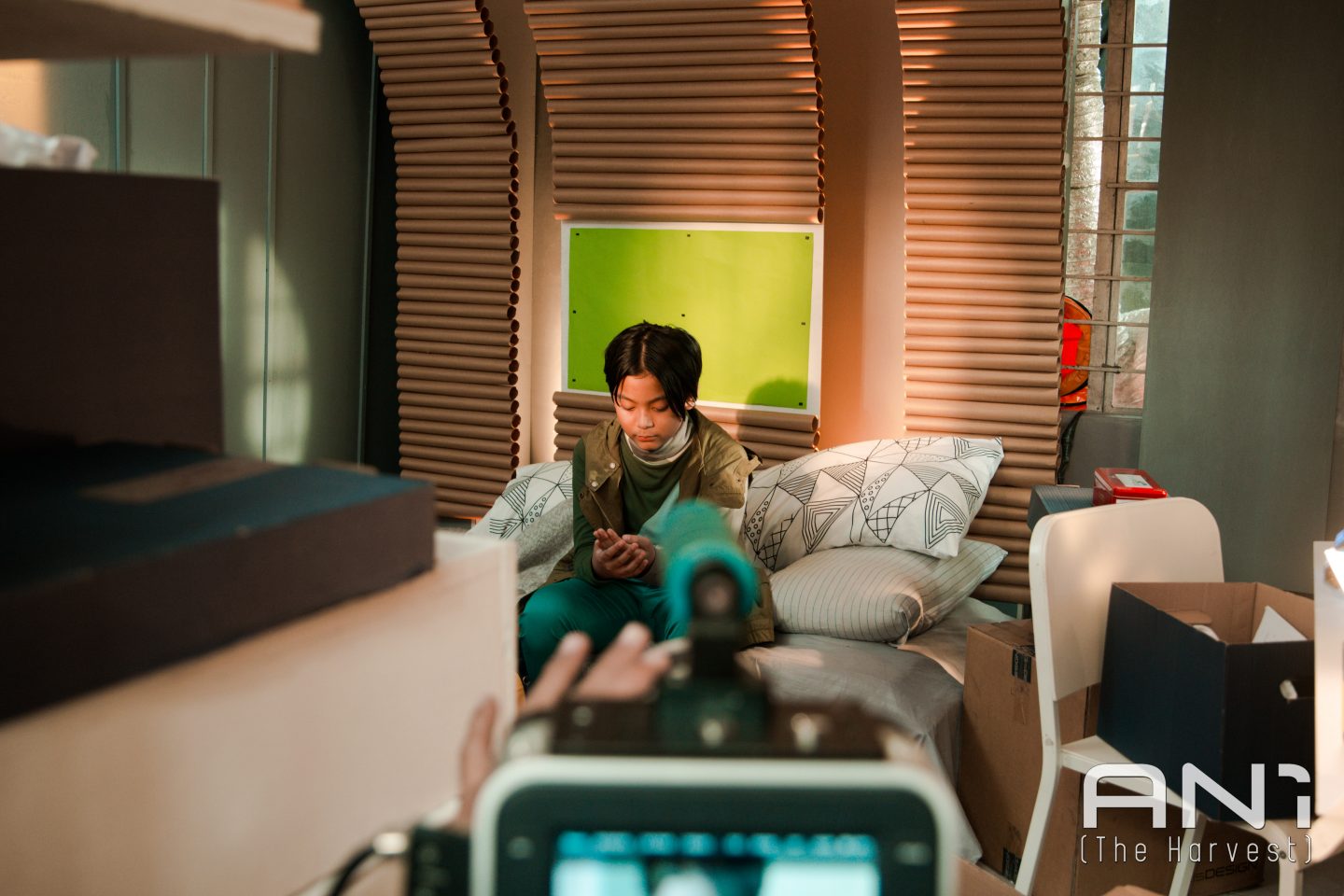 Toni: As one of the writers, all of the characters in the film are inspired by our family members and people we’ve met. There’s one particular character—Mauricio who’s Mithi’s grandfather—that’s both hard to write and cast. I based Mauricio’s character on my grandfather, Mauricio Tacorda (a World War II hero who died years ago). The role eventually went to Ricky Davao.

How was your experience using CGI and motion capture technology for the film?
Kim: Compared to big international studios like Marvel and Weta Digital (that has hundreds of people doing post prod and VFX work), we only have less than 10 VFX artists and animators.

We literally did post-production inside our home. Anticipating all the challenges, we did loads of pre-prod work (from storyboarding every scene, planning all costumes & production design requirements) and allotted 3-6 months for post-production. We shot everything before the end of last year.

What are your hopes for ANi?
Toni: ANi is our love letter to Philippine Cinema, celebrating its 100th anniversary. It’s also a statement, a call to action for more diverse stories. In our social media accounts, we often encounter comments like Chappie, Pathfinder (of APEX Legend), Wall-E, Black Mirror, etc.

“Your age, gender, background, lack of industry connections should never determine whether you’d pursue a dream or not.”

It’s amusing that most referenced foreign sci-fi characters/stories. It’s a clear indication that it’s the right time to create genre films, sci-fi films that are local, unique and can potentially be iconic.

Sixto: I’m excited by the fact that never before has this been attempted at this level. I am excited for this film to inspire all the creatives out there to let off all the wild ideas they have sitting in their brains!

What do you want people to take away from the film?
Sandro: As a young filmmaker, my advice to aspiring creatives is to just create what genuinely comes from your background. By doing so, what you create will naturally come out unique. All creatives will face challenges and doubts, we must always aim to surpass those doubts and challenges.

Toni: Coming from someone who has received hundreds of rejection letters, my advice is to just do it again and again. Your age, gender, background, lack of industry connections should never determine whether you’d pursue a dream or not. If you genuinely and passionately want something, you have to learn to accept that failure is not a worst-case scenario but is part of the process.

SHAREWarning: Spoilers ahead! Society is afraid of an angry woman. In their eyes,...

SHARESummer only begins when the rap queen of the season Megan Thee Stallion...