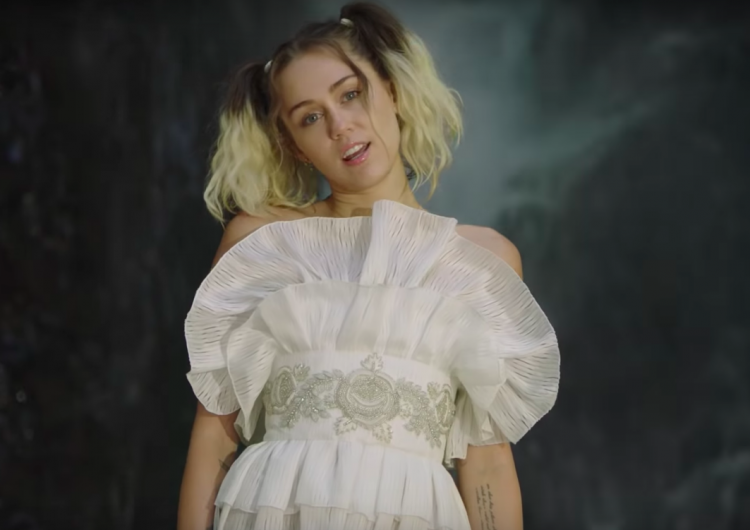 Our environment has gotten so sick that most members of our generation feel discouraged to have kids. Count Miley Cyrus on the list.

In a recent interview with Elle, the recent Black Mirror star revealed that unless climate change has been addressed, she refuses to have children. “We’re getting handed a piece-of-shit planet, and I refuse to hand that down to my child,” she said.

Read more: Grimes is dropping an album about climate change

Her stance on having children is affected by the political leaders’ lack of concern and action in fighting against the death of the world. In the same interview, Cyrus also said, “until I feel like my kid would live on an earth with fish in the water, I’m not bringing in another person to deal with that.”

The American singer-songwriter also likened the Earth to women. They are both expected to incessantly reproduce while we just “take and take” from them. This, then, results to exhaustion. “Nature’s female. When she’s angry, don’t fuck with her. That’s the way that I feel women are like right now. The earth is angry,” Cyrus explained, and we can’t blame her fury.

A Quartz report cites a Business Insider poll which revealed 38 percent of American millennials consider climate change as a factor for having children. Meanwhile, a New York Times poll shows that 11 percent of those who don’t want kids laid out climate change as one of their reasons. Some people might think this is exaggerated, but a study shows that future generations will taste the peak madness of climate change. Approximately 25 million more children are expected to suffer consequences of the Earth’s destruction—from malnourishment to heat stroke—according to UNICEF.

Alarming? Hell yeah. But should it end with how it rattles us? If we let it, then we might as well not expect to wake up tomorrow with the same trees, animals, or even air. We don’t need to be big time leaders to make a change. If anything, using eco-friendly alternatives in our daily activities could just add one more day for the future generation.

SHARESpider-Man became a young, mixed-race teenager from New York, Thor passed on the...

SHAREWe should get used to this by now: Smokescreens and mirrors. While our...