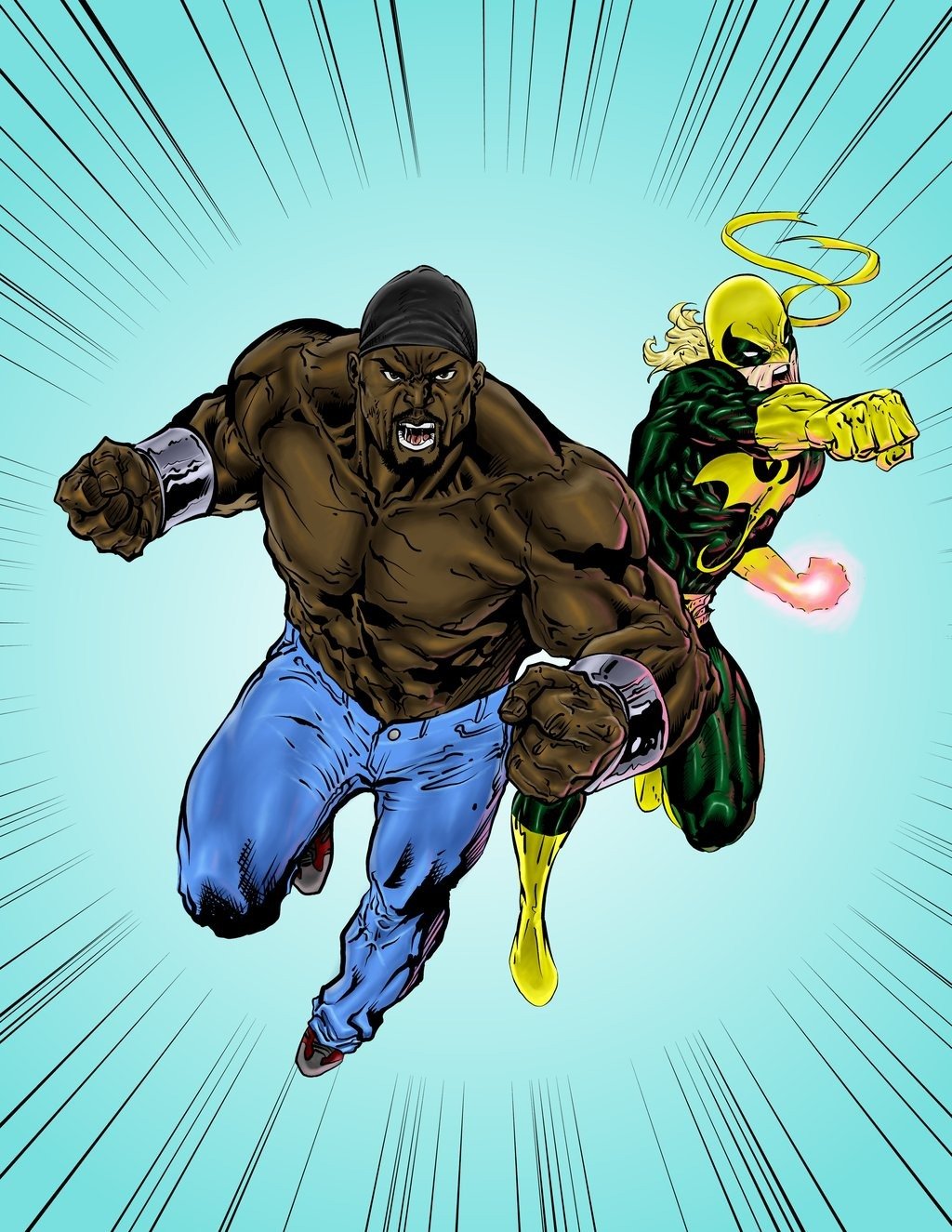 We’re right in the middle of this year’s San Diego Comic Con—the time of year where most of the institutions of geekery drop their big bombs—and Netflix has brought it by finally giving us a look at two of its most anticipated Marvel series in production: Luke Cage and Iron Fist.

The classic comics tag team is splitting up for their own respective series, which makes sense as Luke Cage was first introduced in Jessica Jones. The Luke Cage teaser is a quick origin bit that shows his transformation from regular metahuman to a guy who tries to become a hero in his hometown of Harlem. It isn’t complete, of course, without a showcase of exactly what his abilities are. (Spoiler: super strength and unbreakable skin.)

You probably already caught the reference, but for those who didn’t, “them other fellas downtown” means the rest of the Avengers.

Meanwhile, the Iron Fist trailer is shorter, and therefore a bigger tease:

It’s pretty much the Danny Rand origin story transposed to modern times (with an old iPod model thrown in there to date the thing). It’s not going to make advocates of diversity happy, however, as white Danny Rand is still the protagonist of the Asian-centric Iron Fist story, instead of a lead character of Asian descent. The central themes of the character are closely tied to the fact that Danny Rand is white, though—guess we’ll have to wait and see how showrunner Scott Buck (Dexter) will play it.

Oh, and one last thing from Marvel: they also dropped a teaser for Defenders, the team-up miniseries featuring Cage, Iron Fist, Jessica Jones, and Daredevil. (But no Punisher.)

The only thing we have going for that trailer is Stick (Daredevil’s mentor) telling the four they can’t even save themselves, so how can they even dream of saving New York? BUT STILL.

Luke Cage finally drops on Netflix on September 30, while Iron Fist is coming in 2017, and Defenders will come after that once everyone’s settled. As always with Netflix, once it drops you’ll be able to binge-watch the entire season.

SHAREThe proverbial history book of Filipino hip-hop is filled with one thing: a...

SHAREIt looks like Rih is back with something new…from the studio this time....