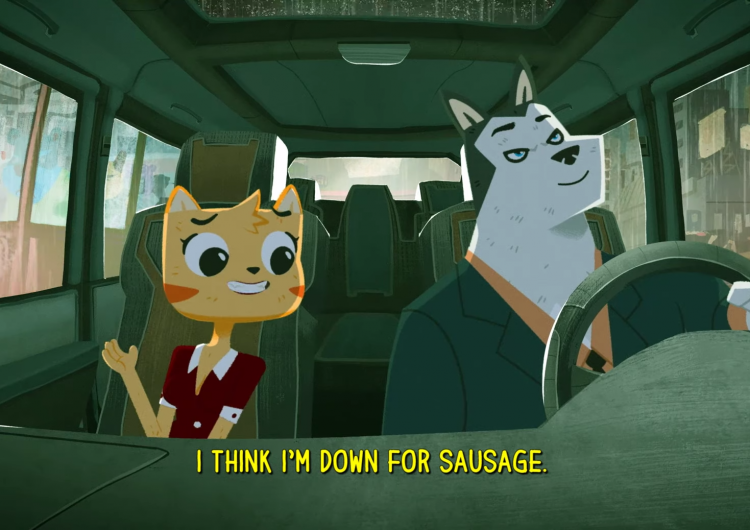 Looks like Rocketsheep is giving thirsty Filipinos a treat with the country’s first adult animated rom-com.

Our fave rom-com queen Angelica Panganiban stars in Spring Films and Rocketsheep’s  “Hayop Ka!” as Nimfa Dimaano, a harrowed saleslady—or salescat?—whose heart is torn in two, with one half for her boy-next-door boyfriend Roger (Robin Padilla) and the other for dapper businessman Iñigo (Sam Milby).

Read more: An animated Zsazsa Zaturnnah film is in the works

The story is about her affair with Iñigo, but along with “sexy romance,” we’re also in for some “serious drama” and “intriguing intrigue.” Just the kind of teleserye vibes we live for.

The film also features a whimsical take on Metro Manila. The trailer gives us a peek at a gorgeously illustrated EDSA on a rainy day, a Mall of Aso (get it?), and a buy-one-take-one pares joint.

Read more: An animated adaptation of Rob Cham’s ‘Light’ series is in the works

The film is directed by Rocketsheep’s Avid Liongorien, who also directed the Gawad Urian-winning film “Saving Sally.” We’re already impressed by the remarkably refreshing visuals (We expect nothing less from the animation company who made a Dante Gulapa tribute), and we’re excited to experience the film, which will come out as soon as possible, according to the trailer.

We don’t mind waiting for a while. Good things come to those who wait, right?

If you’re looking for a sign, just do it (and join the raffle...

SHAREStale. The word may have come across your mind when you see a...