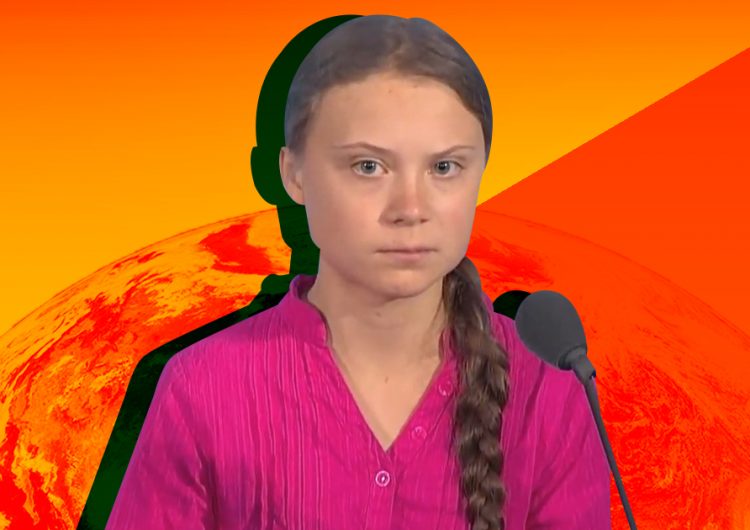 Almost everyone is aware of Greta Thunberg’s environmental efforts. Despite her age, this 16-year-old eco-warrior is resolute on her mission to save us from our current climate crisis.

Her strong opinions spare no one—not even UN global leaders.

In last Monday’s UN Climate Action Summit, Thunberg held back tears of anger and frustration during her speech in front of powerful people from across the globe. None of them were intimidating enough to stop her from speaking her truth. “We’re watching you,” she says at the beginning of her speech.

There’s no stopping climate change now—it’s already here. So with this in mind, what can we really do?

This first line garnered a laugh from the audience, almost infantilizing her. But this didn’t stop her from demanding the audience to listen. “We are at the beginning of mass extinction and all you can talk about is money and fairy tales of eternal economic growth,” she tells the UN General Assembly. “How dare you?”

“You have stolen my dreams and my childhood with your empty words and yet, I’m one of the lucky ones,” she said. “People are suffering, people are dying. For more than 30 years, the science has been crystal clear, how dare you continue to look away?”

Upon learning about climate change at the age of eight, Thunberg convinced her family to lessen their carbon footprint, which eventually led her to lead climate strikes across the globe. Now, she’s urging the entire UN assembly to take responsibility and act against climate change.

Half of her young life has been dedicated to this cause. Since adults in power and big business owners refuse to take action, young people like her are left to fight for everyone’s future. So when she tells the assembly, “I shouldn’t be up here,” she’s damn right. This shouldn’t be her generation’s cross to bear.

Read more: It’s only July, and we’ve already used up Earth’s resources for this year

Here in the Philippines, students and young activists joined the global climate strike last Friday, Sept. 20. One participant, Mary Therese Catapang, held a one-child strike against climate change in her hometown of Calapan, Oriental Mindoro. “What could happen after 10 years is already unthinkable. Supertyphoons and El Niño, which occur in the Philippines, are already manifestations of the worst effects of climate change,” the 15-year-old student said.

The effects of climate change are everywhere, from our loss of purple ube, to blood-red skies and haze due to manmade forest fires. Our country is in deep environmental crisis, experts want us to declare a climate emergency.

We also can’t deny the role of capitalism and mass consumption in all of this. “How dare you pretend that this can be solved with just ‘business as usual’ and some technical solutions? With today’s emissions levels, that remaining CO2 budget will be entirely gone within less than 8 1/2 years,” Thunberg says.

Agriculture and factory farming are some of these emissions’ leading resources. In The Atlantic’s interview with Jonathan Safran Foer, they discuss how mass consumption of red meat is the highest contributor to carbon waste.

Thunberg ended her speech by saying she needs adults to panic. And they really, really, really should panic. During the UN Climate Summit, she and 15 other children are suing the world’s major carbon polluters for violating children’s rights.

There’s no stopping climate change now—it’s already here. So with this in mind, what can we really do? How can we help protect these children’s futures?

“It’s fine to struggle against the constraints of human nature, hoping to mitigate the worst of what’s to come, but it’s just as important to fight smaller, more local battles that you have some realistic hope of winning,” Jonathan Franzen’s The New Yorker column indicated. “Keep doing the right thing for the planet, yes, but also keep trying to save what you love specifically.”

The answer lies in the smaller things: lessen red meat consumption, orient ourselves with sustainable living, elect officials who care about the environment, and continue to give environmentalists a platform, so the world can do the same. Like what Franzen said, “Any good thing you do now is arguably a hedge against the hotter future, but the really meaningful thing is that it’s good today.”

SHARECalling all animators and animators-in-the-making! The Film Development Council of the Philippines (FDCP)...

We know you're secretly fond of these traditions, you can stop pretending now