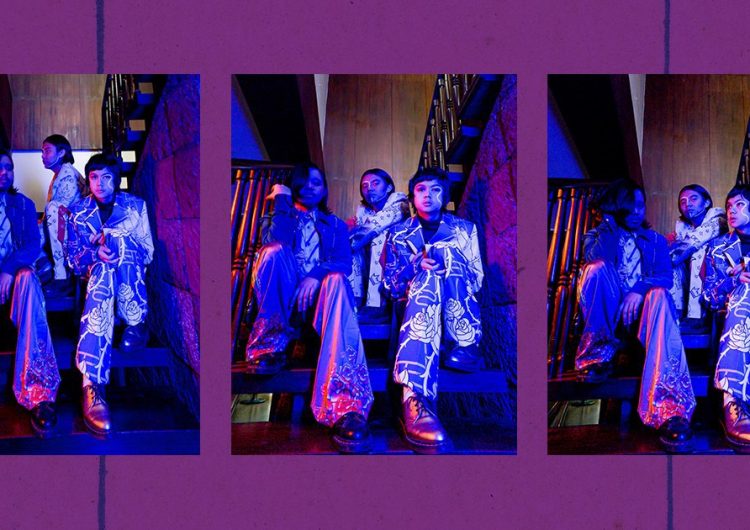 The guys of IV of Spades are everywhere.

And by that, I mean, not only in the news. Since our last interview with them early this year, they’ve dominated stages outside the country, released their debut album, and are set to perform alongside Phum Viphurit in November. OPPO Philippines will even bring the band to Scout House of Horrors, our fifth anniversary party (get tickets here) happening on Oct. 30. And, come on, even British band The Kooks hinted at wanting to collaborate with them.

When I say they’re everywhere, I’m not just talking about their songs—it won’t take you 10 seconds to remember who sang “Mundo,” or think of that ‘70s band when you hear “Come Inside of My Heart” on the radio. Their songs now play inside your tito’s house, and you’ve caught your younger sibling dancing to their earlier tunes. You see their posters. You probably even have some of their merch.

They’re IV of Spades, and they’re making their way into becoming household names. And you’ve probably seen Zild Benitez, Badjao de Castro, and Blaster Silonga even in places as odd as Twitter fanfics.

But IV of Spades aren’t just idols of sorts. We have to admit that it’s quite terrifying to be molded into various personas sometimes. While it could be flattering, it won’t hurt to remember, as fans and listeners, that they’re just as real as us. 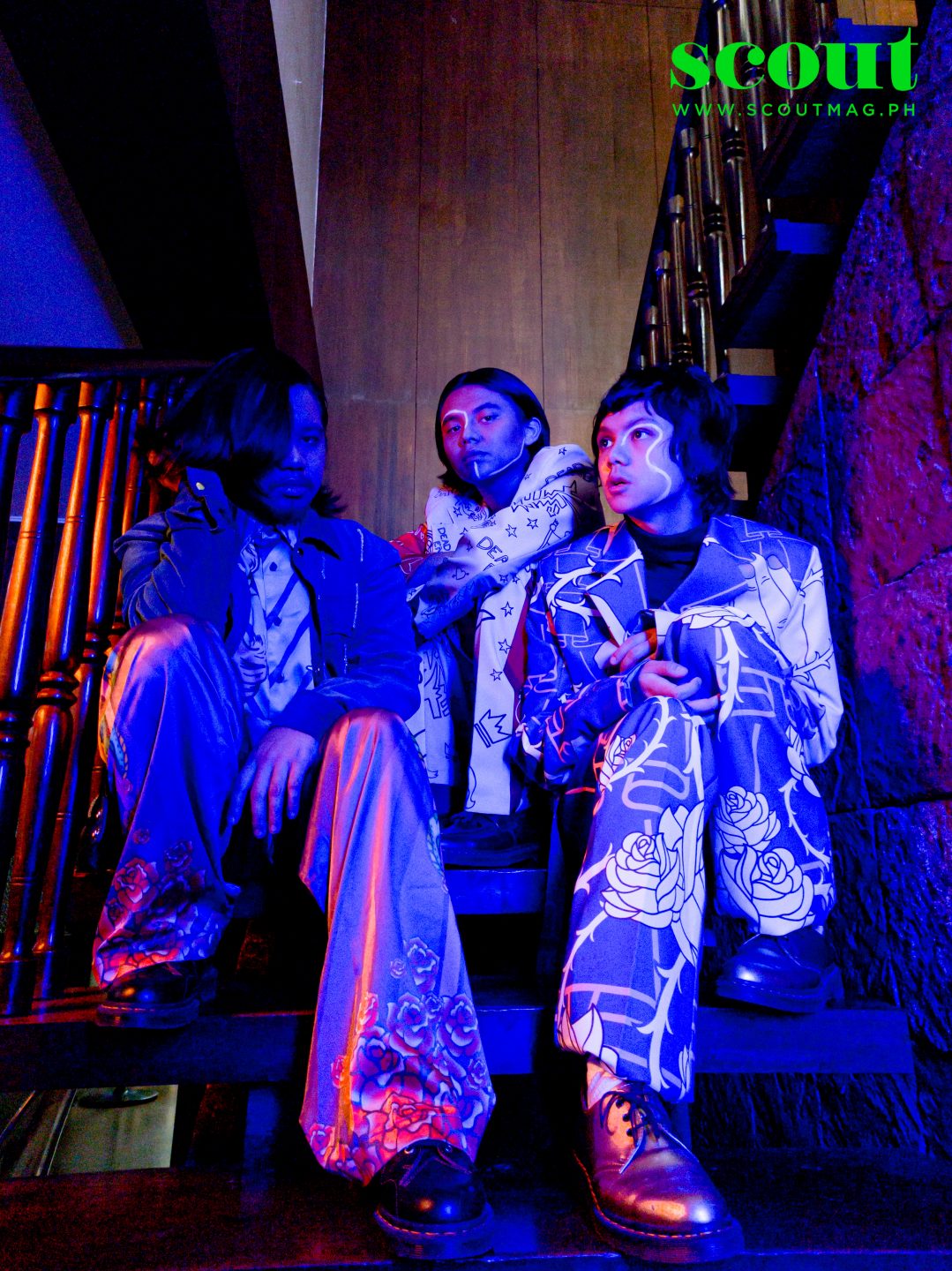 Well, they say that in order to know someone better, you have to know what scares them—and you could say that we tried to know these things about the band, all the way to their childhood.

There are many reasons why you’d want Zild, Badjao, and Blaster to be your childhood friends. If there was a power outage and you were seated together on the floor with candles in your hand, they wouldn’t try to scare you with ghost stories they made up in their heads. When I asked about the kind of stories they’d tell in the dark, they had different takes. Badjao wouldn’t do anything, because he might just be as scared as you. Zild would squeeze a lesson out of the situation: “Imagine niyo, wala kayong 3G for three days.” Meanwhile, Blaster quips, “Dilim? Hirap, wala akong hirit diyan ah. Kunin ko na lang wallet nila sa dilim. Joke.”

So, does that mean the three of them are okay with having ghosts as their roommates? Blaster is. Well, if and only if it’s Ghostrider. The band’s team, our production team, and our glam team erupt in laughter as he reasons out, “Nagmo-motor kasi siya eh.” This laughter remained as Zild said: “Holy ghost. Basta, okay na ‘yun.” Meanwhile, Badjao, in an honest tone and with a genuine expression, says, “Mike Wazowzki. Anything na hindi Pixar, ayoko na.” 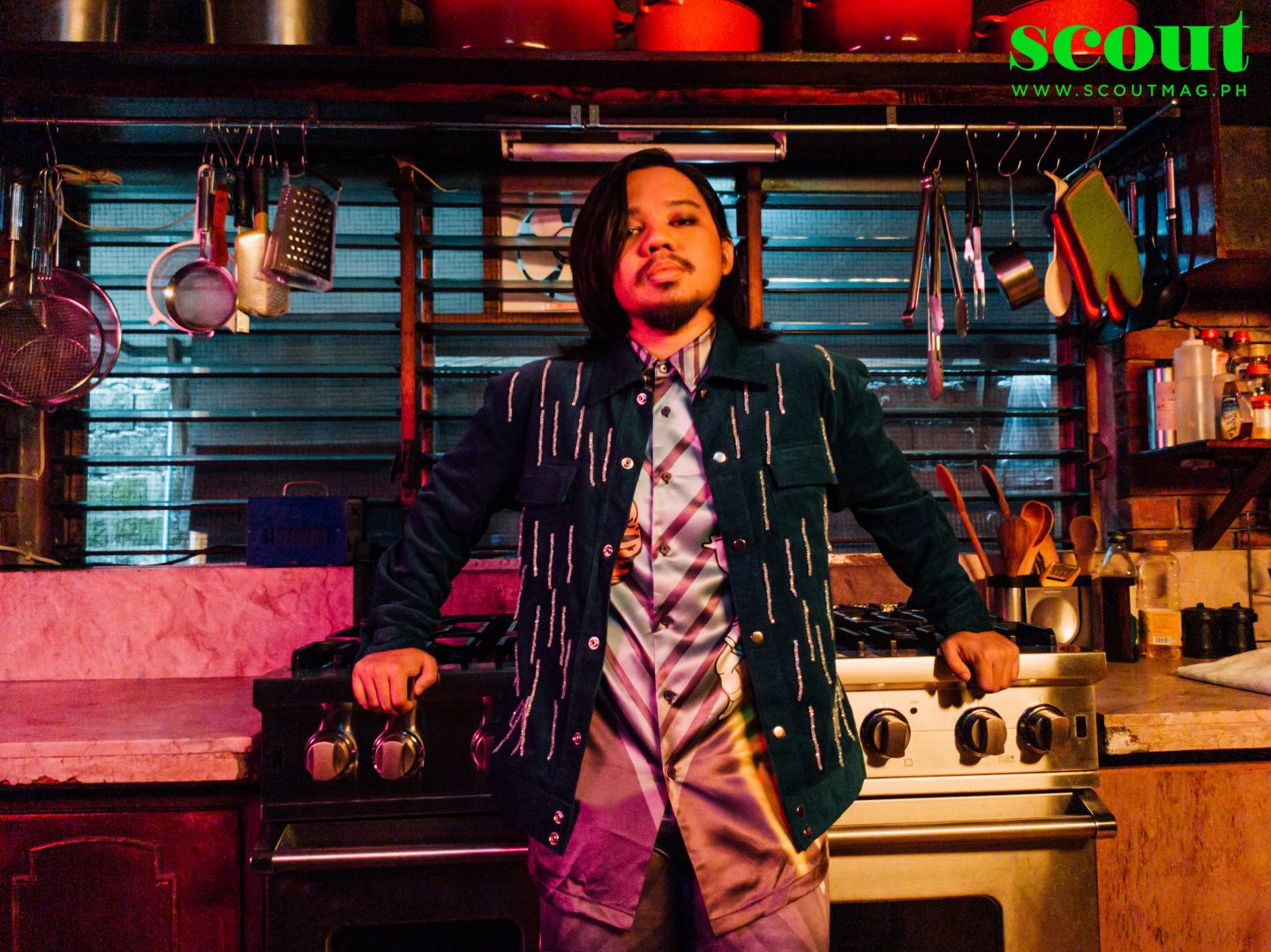 Speaking of scary things, what do our favorite rock stars run away from? Badjao tells us about that one time in grade school where he went out of the movie house with his mom because he couldn’t take the movie, which was “Resident Evil.” He also found himself storming off the staircase because of one spine-tingling childhood memory: “There was this one time na nasa Baguio kami, bata pa ‘ko, sinundan ko ‘yung lolo ko sa room. Pagpasok ko, walang tao. Hindi na ako bumalik sa bahay na ‘yun.”

Meanwhile, Blaster admits getting frightened of the viral scary maze phone video years back. While Zild went ahead to imitate Gus Abelgas’ voice in “Scene of The Crime Operatives,” when asked what image or symbol from the past still haunts him today.

“Kung sa iba, araw-araw Pasko, sa akin, araw-araw Halloween,” Zild invites another round of laughter in the room, but quickly takes back his answer with a “joke lang” in the end. 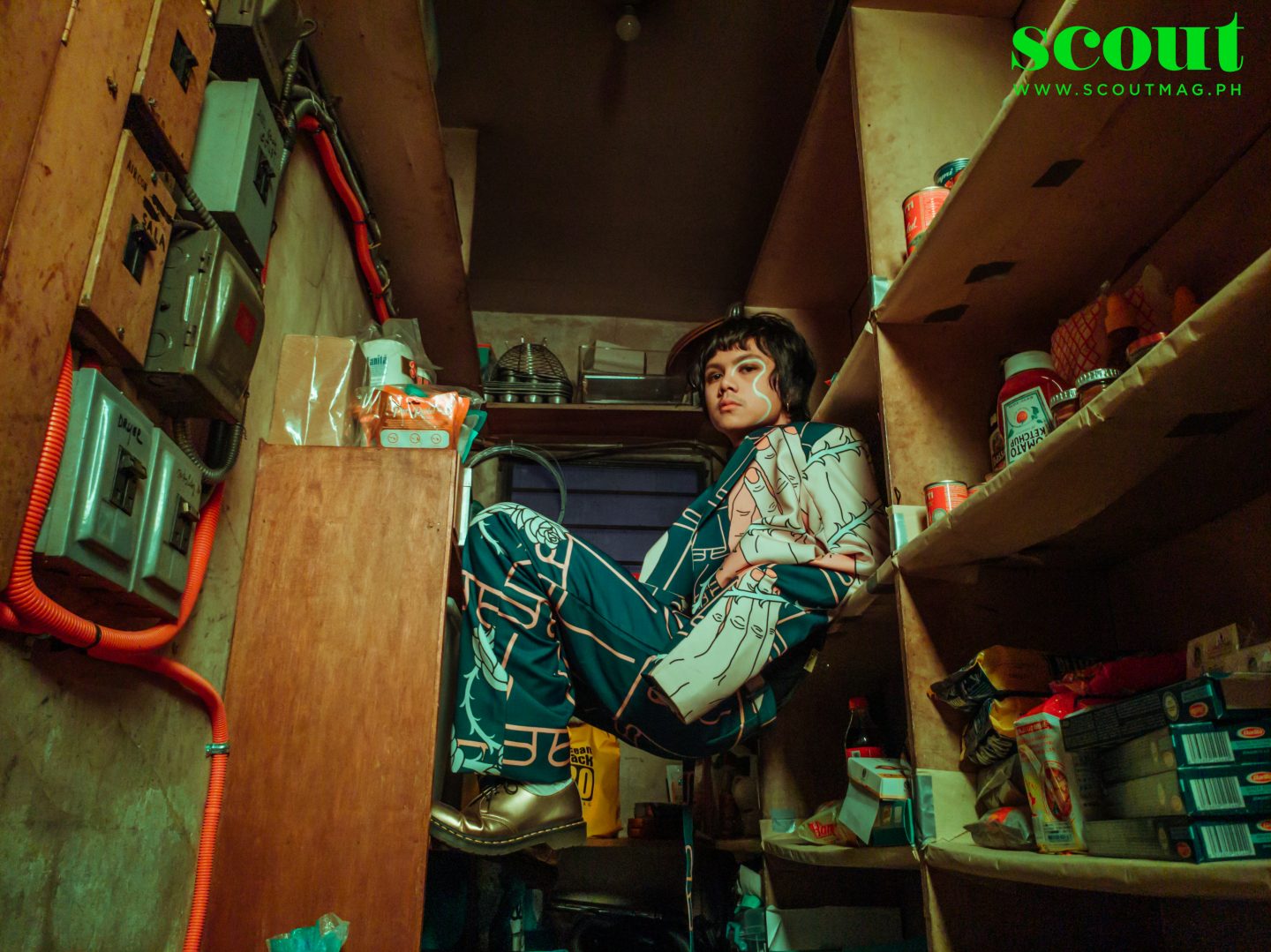 While Zild could claim he couldn’t think of anything that scares him, he ironically has a vivid way of explaning one thing that could make his heart pound faster. “‘Pag may nalalaman ‘yung mga magulang ko na dapat hindi nila malaman.‘Yung anticipation na alam mong alam na nila. Hindi pa ‘yung papagalitan ka.” he explains. He then imitates his parents:, “Mag-usap tayo mamaya.”

These boys can twist and turn the concept of fright and could basically tell us these ghoulish bedtime stories all night. But it’s interesting how they actually have no Halloween stories to tell. Blaster’s only Trick or Treat experience was 10 years ago, which he claims as his most memorable Halloween. Zild and Badjao don’t have any. We also asked  about their costumes, and Blaster had to trace that 10-year-old memory wherein he dressed as Edward Cullen. Badjao once wore a genie costume, but it was for school. And Zild could only recall the costumes he’d wear in gigs, like morphsuits and spacesuits.

Maybe IV of Spades—figures we try to reimagine in our heads—have been too busy being our heroes that they’ve been missing the chance to do the things we could do. Are we making them less real with how we see them? 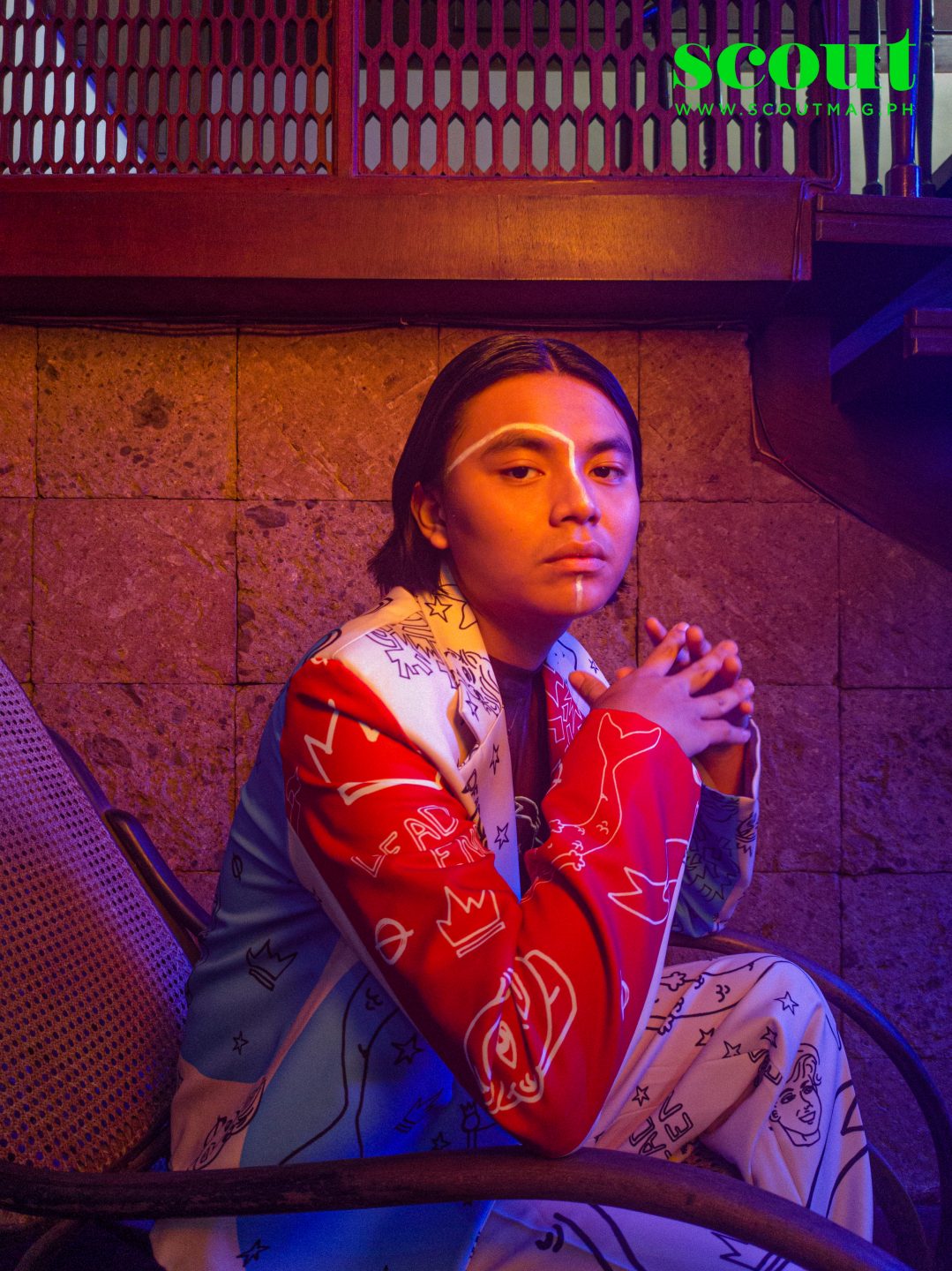 Only they could confirm, but I bet they wouldn’t even fault us. Besides, after this shoot, they had to go back to keeping up with their schedules, and sing for us like they’re destined to do so. But it wouldn’t be a mistake to think that, after all, Blaster, Badjao, and Zild fear the same things that we do.

The guys of IV of Spades are everywhere. And, like the proverbial ghosts we talked about, they’re always with us.

OPPO Philippines is bringing IV of Spades for a live performance at Scout House of Horrors on Oct. 30, Wednesday. Grab your tickets here.

Hair and makeup by Dorothy Mamalio

SHAREIt’s rare for a press room to be so quiet. No one made...

SHAREScrolling through our respective Instagram feeds, we already have an inkling on what...