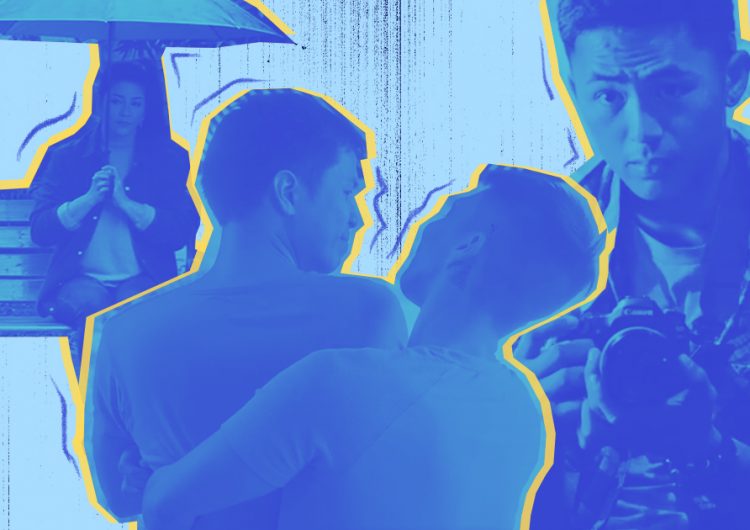 Keep those wallets popping, film buffs. We’ve reached another season of Cinema One Originals Film Festival, and it looks like we have every reason to be excited. This festival has been the birthing nest of our favorite iconic stories, like Scout Creative Talks alumnus Petersen Vargas’ “2 Cool 2 Be 4gotten” and Whammy Alcazaren’s “Never Tear Us Apart.” In our celebration of Philippine Cinema’s 100th year, Cinema One has produced an absolutely interesting mix of stories from different dimensions we never thought we needed (and could live in).

Let’s take a peek at this killer lineup.

What happens when crime, comedy, and fantasy meet? We find out in “Utopia,” where a videographer, a rookie police officer, and an undercover agent from the Philippine Drug Enforcement Agency cross paths just after a comet flies over the city. The rest is history (and maybe chaos).

Tenderly hitting close to home, this romance-drama-comedy film follows a 30-year-old man who’s suddenly forced to face his old life in a high school reunion—including his ex-boyfriend. The catch? They’re in the same circle of friends. Dubbed as “a ghosting story,” “Sila Sila” lets us see how ghosting can affect the people around us. Exactly the barkada film I signed up for.

Read more: ‘Past, Present, Perfect?’ made me feel understood as a writer with big dreams

“Metamorphosis” tells the coming-of-age tale of Adam, a 14-year-old kid who’s born intersexual (having both female and male genitals), in a judgmental society. Being raised as a boy, Adam takes on a challenging twist in his life when he gets his first menstrual period.

“Level 1 Lucid Dreamer ka pa lang. You still have a lot to learn,” a mystery man tells Ann Cruz (Alessandra De Rossi) as seen in the mind-blogging trailer. “Lucid” narrates the life of Ann, a lucid dreamer, who learns how her dreams are much more alive than her reality. The make-or-break question, though, is: Where will she stay?

“Tía Madré” sounds all kinds of twisted. This horror film is about the peculiar relationship of 10-year-old Camille and her 45-year-old mother Emilia. The young girl starts to question her reality when everything about her mother transforms—she becomes distant, violent, and something possibly incomprehensible. Whether or not she’s still human is something we have to find out.

An intern in a morgue and a vampire “drug lord” feels like an unlikely pair, but it’s what we get in “O”. This dark comedy explores vampires’ necrophilia and blood as a commodity—basically all the stuff that’ll have us “what the fuck?-ing” our way from start to finish.

Romcom “Tayo Muna Habang Hindi Pa Tayo” deals with uncertainties in relationships. After a memorable encounter with Carlo, Alex struggles to navigate their label-less relationship as she learns that Carlo cannot commit to a serious one.

Why do we fangirl/fanboy? We’ve seen a lot of stories like this before, but you could say this one tickles differently. The fangirl—who’s played by Regine Velasquez-Alcasid—suddenly devotes her life to famous pop star Jhameson thinking that he is the reincarnated version of her late husband. Can posters and fanmeets become escape portals from grief? “Yours Truly, Shirley” might answer this in a catchy pop track.

Pull a friend and plan out your movie date based on the schedule of screenings here.

SHAREIt’s cold where I am. The afternoon sky, instead of a bright orange-red...

SHAREAround this time of the year, your Facebook feed is probably going to...