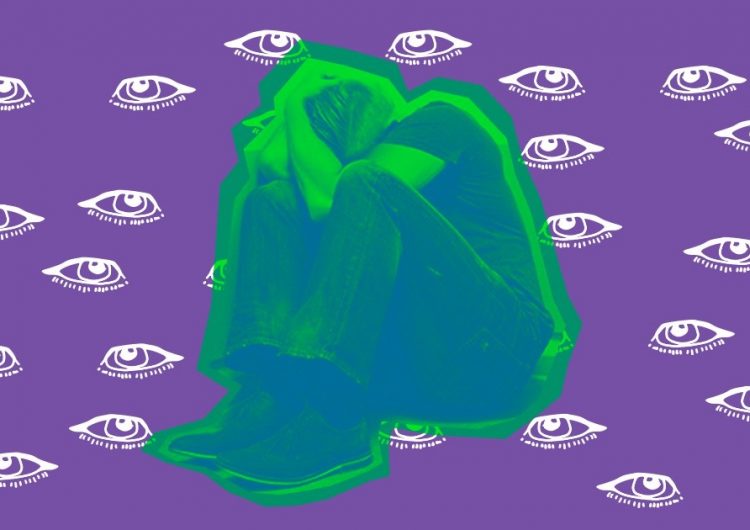 Back when I was in kindergarten, I relished every moment when my mom would let me skip school. It wasn’t due to any “Ferris Bueller” fantasies (yes, I watched it when I was five), or a desire for a rebellious streak by playing hooky, but a deep-seated need to avoid looks and speculation from my classmates. I took every chance whenever my dad allowed me to tag along on a business trip, pretending I was Eloise who lived in a hotel, for it was a far better option than the alternative: classrooms filled with kids my age (oh, the horror).

While some are quick to file social anxiety in the same vein as shyness, social awkwardness, and introversion, the disorder runs deeper than these misconceptions.

As I hopped from one grade to another, moved from school to school, not a lot changed as I hoped. My personality didn’t magically change after a different congregation was attached to my report card, contrary to my “new school, new me” mantra. I continued to carry the baggage of nerves wherever I went. Glances my way filled me with dread, assuming the worst was running through their minds. I would sooner lock myself in a toilet cubicle before class started, than even thinking of the prospect of recitation. Stammer city was a place I’ve all too often visited, and I didn’t need to drop by any time soon.

It wasn’t until I was older when I had been able to stick a name to this mysterious malady that afflicted—social anxiety.

What’s the deal with social anxiety?

According to the National Institute of Mental Health, social anxiety disorder is a mental health condition founded on a fear of being watched, embarrassed, and ridiculed by surrounding people. This is triggered by a range of situations, from larger-scaled public speaking venues, to being alone with a stranger during elevator rides. Those that experience this may devise an alternate scheme just to find their way out of their current predicament, as recounted on a Reddit thread of users’ anecdotes in the name of avoiding attention. I’ve once opted to climb a discreet fire exit to enter a room’s back door, just so I wouldn’t be stared at when I arrived late to class. At this point, I’ve laid out my future memoir titled “101 Ways to Avoid People’s Attention.” (Social anxiety may be a bummer, but at least it brought out my semblance of resourcefulness. Yay?)

While some are quick to file social anxiety in the same vein as shyness, social awkwardness, and introversion, the disorder runs deeper than these misconceptions. The National Health Service of the UK labels it as an intense chronic fear, which affects about seven percent of the world’s population. Chances of developing social anxiety during a person’s lifespan stands above 13 percent.

As written in the fifth edition of the “Diagnostic and Statistical Manual of Mental Disorders” (DSM-5), certain criteria of social anxiety may include the following:

Social anxiety disorder is a mental health condition founded on a fear of being watched, embarrassed, and ridiculed by surrounding people. This is triggered by a range of situations, from larger-scaled public speaking venues, to being alone with a stranger during elevator rides.

Like most mental health disorders, the remedy isn’t as easy as guzzling down a health potion (LBR, I wish it was). Treatments are gradual, some of which include Cognitive-Behavioral Therapy (CBT) and through anti-anxiety medication as prescribed by doctors. However, it has been cited that medication alone may not have long-term benefits, as only proper CBT delivers permanent changes in neural pathway associations.

Read more: We all need to take a mental health day every now and then

Thirty percent of individuals have symptoms for more than a decade of their lives before finding professional help. Social anxiety has been a bane in the lives of 15 million people and more, hindering them from taking that leap of faith. To ease out of that thorn in your side whispering you doubts, consult a doctor about your experiences. Trust me: You shouldn’t limit yourself to planning out escape routes, no matter how tempting.

For more information on mental health hotlines and resources in the Philippines, head over to this article.