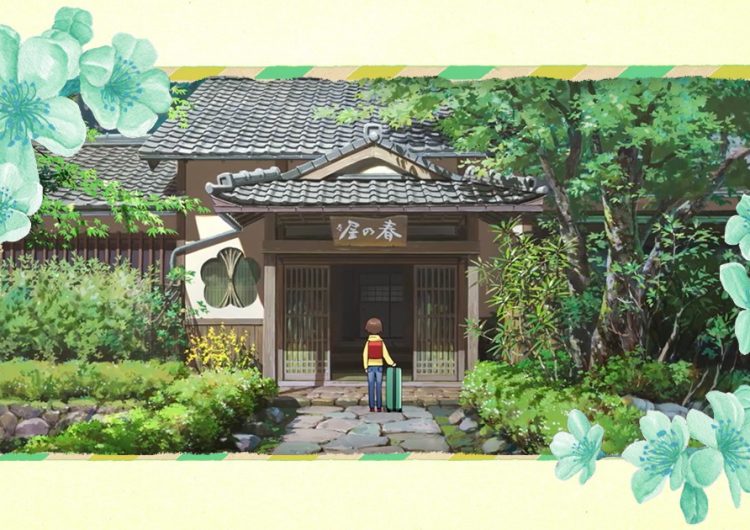 I can’t draw to save my life. This was the reason why I felt more nervous than usual when came up to Japanese animator and film director Kitaro Kosaka during Animahanesyon Festival. What if I don’t get to ask the right questions? Well, who wouldn’t be?

He played a part in our childhood (and adult) dreams—the emotionally stirring world of Studio Ghibli. Beyond this, Kosaka has worked in different studios in Japan since the 1980s. His creativity has brought the worlds of “Spirited Away,” “Grave of the Fireflies,” “Nasu: Summer in Andalusia” and more to life. Adding to the list of stories is “Okko’s Inn,” another animated film he directed and did character design for.

The film introduces us to a very familiar titular character—a kid with her own quintessential quirks. Okko is like any other free-spirited child, with fears as big as her dreams. However, the upbeat coming-of-age film suddenly sobers as it reveals one of Okko’s biggest hurdles: the death of her parents.

I was part of the hundreds of people who fished out their handkerchiefs when this tragedy flashed on screen. Just when we thought this problem was the heaviest obstacle Okko would endure in the story, we’re posed with another chapter of her twisted fate before we could even recover. Okko takes on the huge responsibility of being an innkeeper. At this point, I started to wonder how this played out thematically for Kosaka, the one who directed the whole movie—both comedic pulls and sorrowful moments included. But at this point onwards, he highlighted the importance of empathy.

As funny as it sounds, I realized that Kosaka felt nervous because I did, too. He sensed this the same way he sensed all of his characters’ feelings through the decades—a.k.a. his key to powerful to storytelling.

In the goal to flesh out the kind of storytelling this is, I asked Kosaka about his thoughts on Japanese animation, creative process and food in films.

What’s your favorite part of working in animation considering you’ve worked with studios like Studio Ghibli?
What I find enjoyable is the “self-battle.” It’s really a battle with yourself; your inner self. Of course there are experiences you go through, they come together, then you make an animation. But for [me], it’s more of, “how can I say it differently from the others?” For me, it’s to come up [with] something that’s different from others’ creations; something new. And that internal battle with myself serves as a step towards it every time. So that “self-battle” is very interesting for me.

You directed “Okko’s Inn,” which is about a young girl who suddenly takes on a really huge job—managing her own inn—because of life’s circumstances. Why did you decide to take on this project?
In Japan, usually, the stories that are created are about yourself. The characters want to be understood. [They sound] like, “understand me and how I feel. I want to express my feelings.” Those are the kinds of movies where the lead wants to be heard. And that’s amazing in itself, as a story, for individuals who want to express themselves. But for me, I was thinking of, “what about the others?” That’s why this story is different.

In this story, the character has to do something for the customers and think of the customers. Think about other people and not about the personal feelings. So I liked that it was different in terms of the approach. So as I said, unlike other stories where it’s [more of] “listen to me,” this one is about, “how can I make the customers feel better?” It’s like, I have to repress, hide my feelings, put aside how I feel for the benefit of my customers. And I feel like, even in doing that, when you keep something just to yourself and do whatever’s best for others, like the customers, it also becomes strength. It also becomes strength, for that person, and I feel like that’s a very interesting thing to tackle in an animation. 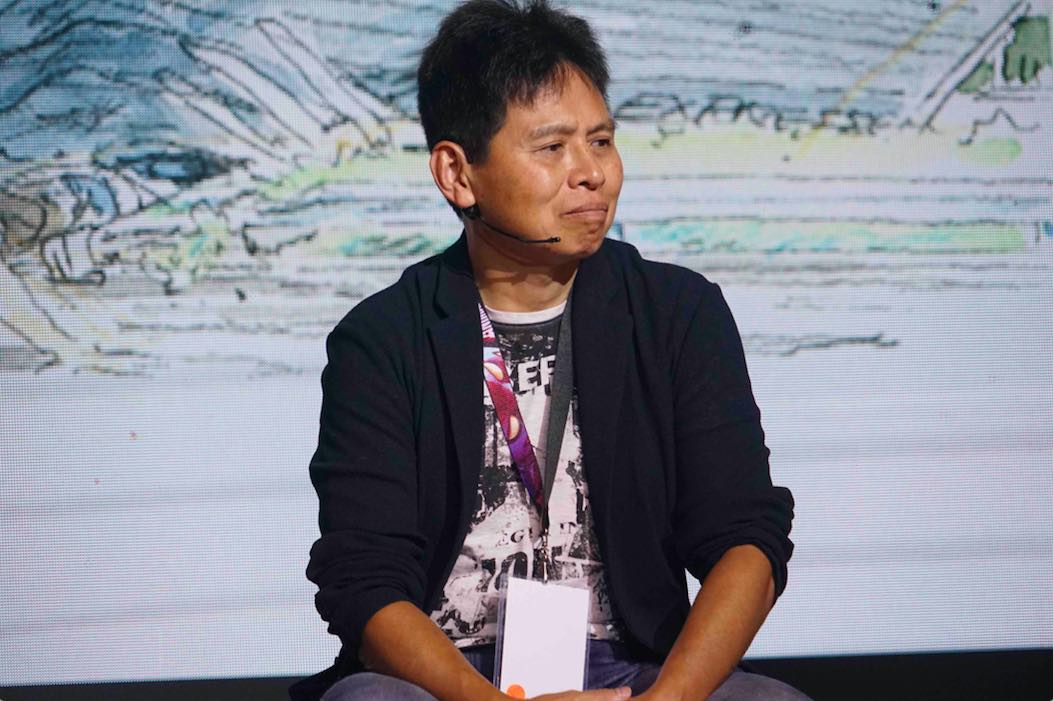 Speaking of the film’s youth-oriented plot, how do you think does an ideal childhood look?
I think it’s “to each, his own” when it comes to childhood. When we speak of the movie though, the character may be young but her experiences will pertain to anybody watching. We can’t really set like that one way or a [certain] standard for all the children. Because some children have both parents, some children don’t have parents, some children have one parent. They all have a different environment. So we can’t really set like, “this is what’s best for a child.”

What are the other developments in the Japanese animation industry do you want to see? What do you think it needs in the next few years?
I feel like they should go outside. Their point of view should be more of the society around them, or even the world. Like, they should start going broader, instead of [just] the self as story. I think that would create something new or different to what’s being created now. Everyone can get away with just thinking of themselves probably because Japan is such a peaceful country, right? That’s why the stories and animation are about the self. But then, even Japan is facing a lot of devastating calamities. So it’s about time they start thinking about outside themselves.

My friends who are fans of Japanese animation wanted me to ask this. They’ve always noticed that food is a very special staple in Japanese animation movies. Like they’re characters themselves. What are your thoughts on that?
So first of all, we all need to eat to live or survive. It’s something that we all do. Second, eating helps in terms of the senses that the audience is watching. They can smell and hear [the food] by how it’s eaten. They can also taste it with how it’s illustrated. All these senses further enhance the movie through the animation because the audience is now using all these senses to appreciate that food.

Lastly, we eat every day and therefore the ones watching feel closeness to the characters because you’d think “oh my god, I eat that way too.” or “I want to eat it that way.” It’s anyone’s step closer to the character. So all these things happen because there’s that food factor. 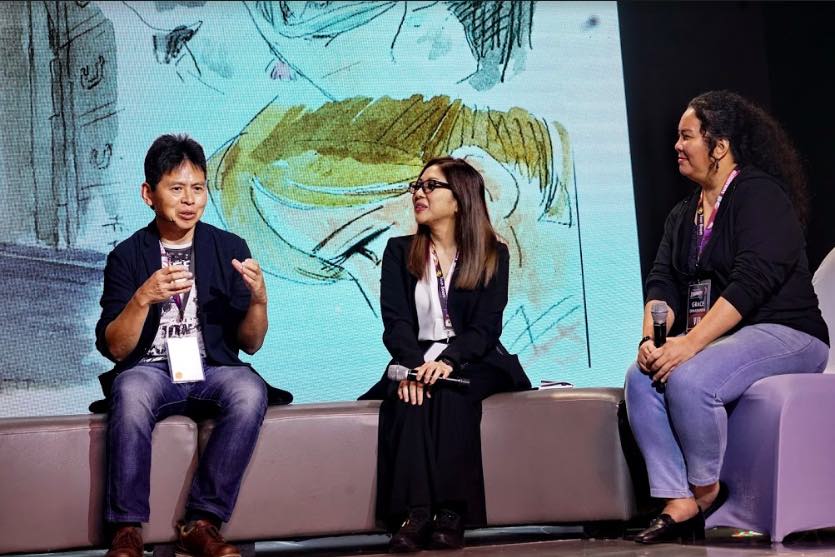 How do you overcome creative burnout?
One is, don’t force yourself, right? If you need to give up for a while, you give it up. Like, “fine, I can’t do it now.” Accept the reality. But other than that, it’s important to discuss with other people—even if [you get] negative criticism. Have intelligent arguments with them. Tell them your ideas and if they oppose it, just take it and reach that point where you have a clearer mind. And then, you never know, that negative comment or opposing idea might become the new idea. You’ll never know what ideas come up when you are discussing. That’s why for me it’s very important to sustain that communication with other people. It should be welcomed.

What is your advice to young people who want to be animators?
Look at different kinds of things and feel it. Feel whatever you’re looking at and whatever you’re experiencing. If you don’t feel, you cannot put it into writing. You cannot animate something you’re not personally feeling. That’s why it’s important for you to feel different things. And whether it’s CGI or hand-drawn, keep on drawing and drawing and drawing. Don’t stop. Because the better your drawing skills become, the more developed they become, the better you’re able to express whatever you want to express. It’s not going to stop you because your drawings are getting better.

Ferdinand Marcos has just been buried in the Libingan ng Mga Bayanie today,...