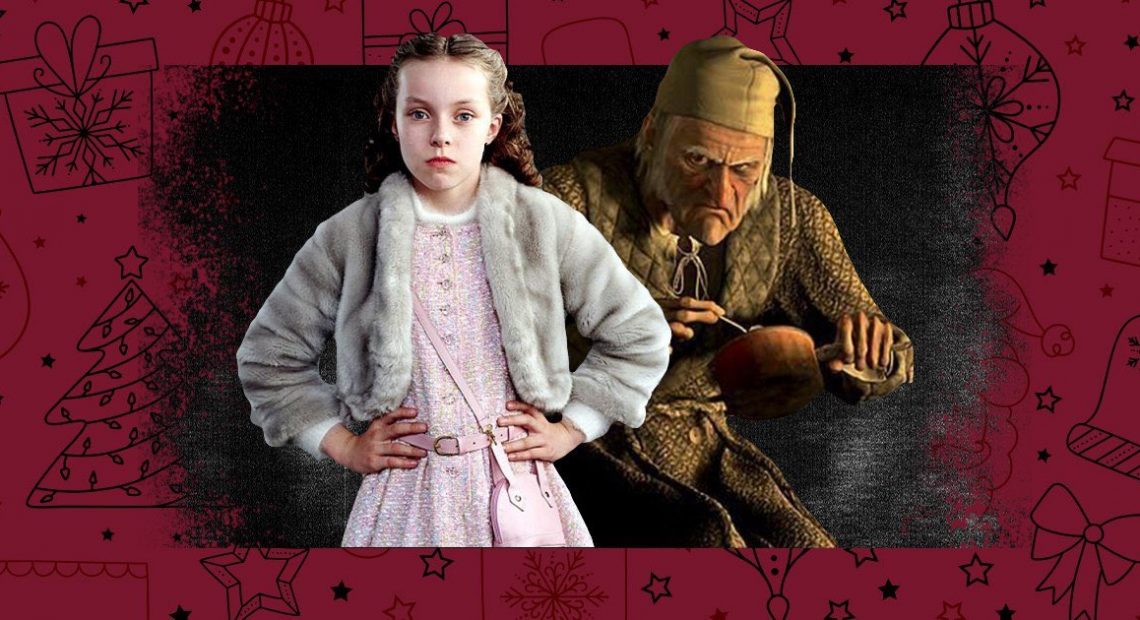 This December, we explore what it means to give and to receive— and what that exchange could imply— in a series of personal essays. Here, Katrina Maisie Cabral reflects on youthful materialism, adolescent indifference, and the middle ground we try to seek.

In children’s stories, I’ve only rooted for villains. First was a little girl wrapped in fur, self-assured in her place in Willy Wonka’s factory. As many sympathized with Charlie, the selfless boy who received a Golden Ticket by chance, I gravitated to Veruca with her conspiring grin, who was thrown over a trash chute because she was a “bad nut.”

At four years old, I was Veruca Salt in the flesh. No, I didn’t paint myself as a caricature of a spoiled brat. I didn’t scream in public, begging for a toy. My schemes were a subtle art, just because of the very fact that I didn’t ask for anything. I sat on top of my plastic throne, a child-sized vanity dresser, and quietly received gifts with the pretension that I deserved them—like it was simply a norm, a fact of my naïve life.

It was that thought which prevented me from giving up a Barbie doll I’ve been handed with—despite having the exact same one already—to my baby cousin who was empty-handed. (“She’s one, what use did she have for a doll?” It’s the rebuttal I remember, as I held on to the box like I was tethered to it.) When I saw my younger relatives growing up, that selfishness showed like I was seeing mirror images—they grasped on to foreign things and claimed them as theirs. As the years ticked by, my own attitude changed.

Somewhere along the way of growing up, what replaced childish possessiveness was an apathy only adolescence could offer.

“Three and four-year-olds are selfish and not likely to share—hardly news to any parent who has presided over a toddler playdate,” reads a study. “The good news is [that] children do develop altruism.” In my case, what came wasn’t altruism, but a strong indifference.

Somewhere along the way of growing up, what replaced childish possessiveness was an apathy only adolescence could offer. Material need simmered down, and from Veruca, I turned into another storybook villain, a premature Scrooge. I fell into numbness and out of societal obligations. I didn’t care for receiving gifts, neither did I possess the interest to give them. When my niece raised the idea of Secret Santa in an attempt to liven up our idle Christmases, I raised an eyebrow at her. I ended up going the lazy route, with bills inside a red envelope.

As an adult, gift exchanges were a cause of negativity, when they were re-gifted, unappreciated, or left to dust. There are only a couple of gifts I’ve received that I vividly remember: A pouch with the Union Flag from my high school friend, a souvenir from a phase when The Beatles’ “Golden Slumbers” was overplayed on an iPod Nano; A friend’s fanfic of my original story, which I reread until March; a book stand while I was confined in a hospital; and a pen with my nickname engraved on it, thanks to my brother.

What I crave isn’t material, but an intangible need to just feel. I can only hope to be as self-assured as Veruca, knowing that I deserve to get it.

Recently, I’ve added another on the list, one my niece gave me days before Christmas. She was sheepish about it, apologizing for the lack of anything material. She handed me an envelope with a card, where a doodled Darth Vader grinned. Its inside flap has a drawing by my niece, while the letter read, “You’re a great tita.” I held on to the letter, because at that time, I truly was tethered to it.

My icy heart, scratched by heartfelt letters doodled by kids, is too chipped for me to stay as a full-fledged Scrooge. Maybe I still have remnants of Veruca Salt, but one who’s gone away with the superficiality of Barbie dolls and vanity dressers. What I crave isn’t material, but an intangible need to just feel. I can only hope to be as self-assured as Veruca, knowing that I deserve to get it.

So, this was my villain origin story. And hopefully, this is my eventual redemption.

SHARESo you’ve gone past the point of no return and bleached your hair...