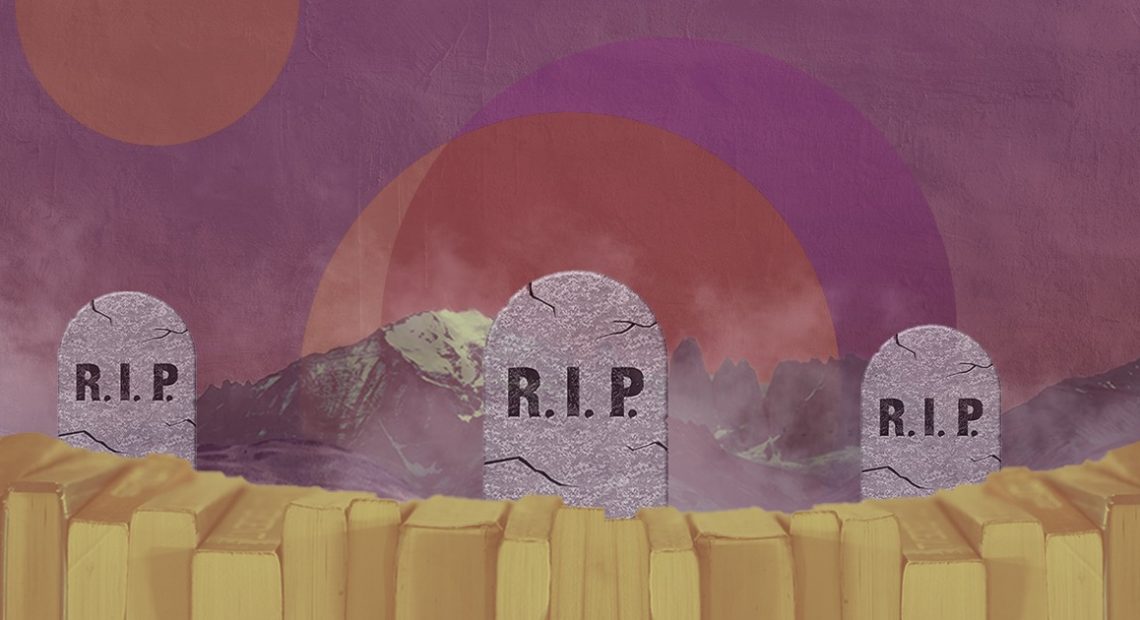 Warning: This contains spoilers to the “Avengers” series, “Game of Thrones,” “Grey’s Anatomy,” “The Fault in Our Stars,” “Harry Potter,” and “Star Wars”

Ever since I’ve watched the last “Star Wars,” I’ve become an empty husk of a person. This month-long despondency can be traced to one factor—all because my favorite character, who I’ve rooted for since I first laid eyes on his unmasked face and morally ambiguous stances, has disappeared into nothingness like all great Jedi do.

Yep, Ben Solo is gone, and I’ve lost my will to live.

As I say that while I dress myself in black garb like a grieving Victorian widow, those who aren’t fictionally inclined may question how I’m taking this. Dramatic, for one, since we’re talking about a person who’s a figment of imagination. But while the subject of our grieving is made-up, the emotions attached are as tangible as what reality could coax from us.

And evidently, I’m not alone in post “The Rise of Skywalker” sorrow as I witness fans go through the stages of grief in realtime: denial of the surfaced leaks before the film even hit theaters, anger found in stan Twitter as they expressed their grievances, and bargaining through the form of the trending tag #BringBenSoloBack. For fans who saw their real struggles personified in the fictional character—who was saved by his redemption, but having to die for it—they may still find themselves on the fourth stage.

When sorrow for fiction shifts into reality

In this case, mourning fiction isn’t a matter to be disregarded. Internet users have recounted bouts of despair after the film’s showing, with a portion showing signs of depression. One user shares, “I have light symptoms of depression six days after I saw this film,” they say. “I sobbed the day after the premiere. I cried a couple of times after. I cycle between anger and resentment and resignation. This is no joke.”

Grief is valid, no matter the source

While onlookers may see this as pointless hysteria, psychologists have to disagree. In an article on The Huffington Post, psychiatrist Robert Rowney explains that there’s a scientific reason why viewers—especially those active in fandom space—get attached to fictional characters, and as a result, have an intense reaction when these characters are placed in danger.

“[They] are an escape from some of the stresses of life,” he says. “You’re exposed to different aspects of the characters’ lives—their losses, their loves and their own griefs, everything that goes into the human condition—and you eventually begin to empathize with them and form an attachment. We see some of ourselves in them.”

Fans cried foul for the demise of Daenerys Targaryen in the ill-fated last season of “Game of Thrones” because they’ve witnessed her development for eight years, only to have the character unceremoniously thrown away. Audiences teared up for many of Thanos’ victims in “Infinity War,” but the finality of the casualties in “Endgame” hit hardest. Devoted MCU stans witnessed Tony Stark and Natasha Romanoff’s arcs left in the end as tragedies due to martyrdom.

While the subject of our grieving is made-up, the emotions attached are as tangible as what reality could coax from us.

In 2015, TV viewers were left in shock and sorrow. After 11 years on “Grey’s Anatomy,” Patrick Dempsey’s Dr. Derek Shepherd—famously nicknamed McDreamy—died tragically in a car crash. Reactions ranged from the typical petitions for his return to the tears that were shed now posted online. The frenzy echoed everywhere, so much so that TIME Magazine consulted a psychiatrist about it.

“Human beings love stories and making connections, even if it’s to fictional people,” says Christiane Manzella, grief therapist and clinical director of the Seleni Institute for Women. “We create meaning and then experience actual grief when that connection is broken.”

Manzella also places how parents and older adults may shrug off and even laugh about this sort of mourning, resulting in doubt and suppression: disenfranchised grief. However, it’s valid grief all the same. “Disenfranchised grief is grief that’s not considered ‘OK’ by other people. Sometimes people have this strong feeling of loss or sadness but don’t know if it’s strange to feel that way,” she says. “But the connection is real, and loss is loss.”

Undervaluing grief is one we’ve encountered one way or another, just as noted by the founder of the Center for Loss and Life Transition, Alan Wolfelt. “Whenever you say ‘just,’ you’re minimizing something for someone else. ‘Well, it’s just a pet,’ or ‘it’s just a show’—you’re not creating space for them to be affirmed.”

“The connection is real, and loss is loss,” says grief therapist Christiane Manzella.

So, yes. It’s perfectly okay if you’re still not over what happened to Augustus Waters in “The Fault in Our Stars,” or if you think Fred Weasley’s death was uncalled for. It just means that fiction is doing its job to connect with real people, and that it’s simply in our nature to empathize with it.

And in these times, what once brought respite from daily life may bring you misery instead. So what happens when you want to run away from your form of escapism? Take a step back and don’t be afraid to mourn—you’re only human for feeling grief, whatever the source.

SHAREWestworld just wrapped up its first season after 10 weeks—10 weeks that felt like...

SHAREThree years have passed since Rodrigo Duterte assumed the Presidency. In those three...