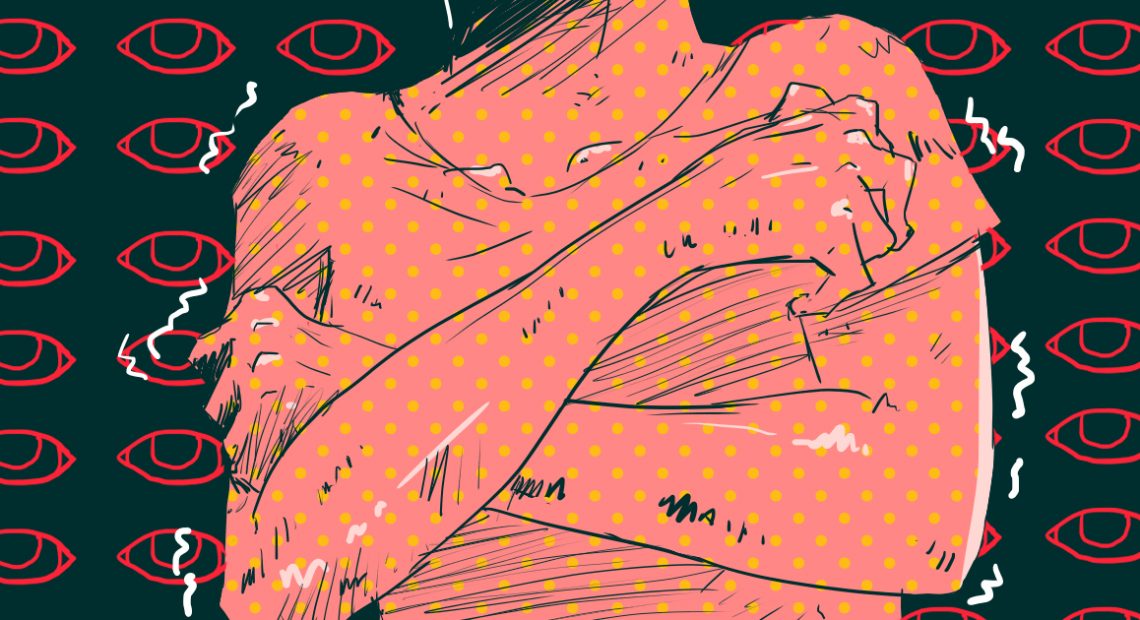 A number of strong women have come forward about their struggles rooting from being a lady, and some have confronted and exposed their abusers, leaving the men’s names and faces open to public demise. For this, we applaud their courage to speak up and start a revolution for a new age of woman liberty.

However, there are some who can not afford the luxury of joining the movement, well, because the sociopolitical problems stop them. Although we cannot sit any longer to have every girl join our fight, we have to understand that patriarchy which ruled for so many years have deeply embedded itself in cultures, traditions, and economic domination which continues to snatch opportunities from ladies to go against, or even realise, their oppression. I, as a writer, take the task to speak on behalf of those who, as of the moment, cannot afford to.

In the Philippines, a country where traditions refuse die–may these dictate years of discrimination, sexism comes in a whole spectrum: gender roles—submissiveness of women, objectification while expected of purity, and many more.”

In the Philippines, a country where traditions refuse die–may these dictate years of discrimination, sexism comes in a whole spectrum: gender roles—submissiveness of women, objectification while expected of purity, and many more. While some actions are normalised for us women, this list proves that an average day is never average. Here are some of the specific struggles a normal Filipina deals with everyday:

While commuting in general is stressful to everyone, it is a whole different struggle for girls. We plan what we wear based on the mode of transportation. It doesn’t matter if it’s 40 degrees burning outside, nor if there’s literally a meteor coming for Metro Manila. If we are riding the train, the jeep, or the tricycle: jeans, sleeved shirt, or even a jacket. Being comfortable under the sun should be a right, but for us women, it is a luxury we cannot afford. Instead, we take safety measures. This is why we have to stop tolerating sexual objectification and start educating men. Is it so hard for you to stop thinking with your penis and start letting us live our lives?

Yes, even the simple act of walking without feeling cautious has been taken away from us. Being a sentimental person myself, walking under the dim yellow lights of Makati summon some unexplainably bittersweet feelings in me. Moving to Manila, this, I thought would be, a great exercise to spark inspiration and perhaps brainstorm ideas while Subsonic Eye plays in the background. In reality, this is a far off daydream. Walking alone in the middle of the night with your earphones plugged is a nightmare waiting to happen: creepy old dudes drinking in the nearby sari-sari store staring as you pass, construction workers catcalling you, and tricycle drivers jacking off in their cart (Yes, this happened, I experienced this). To get to your destination safely, you need 4 pairs of ears, 6 pairs of eyes, and a black belt in karate.

As a college student, I worked a part time job as a waitress in a bar & restaurant. This meant a heavy load of school work and then a looong night shift. On top of that? Harassment. Every week, customers would insist to have a picture taken with me even if I reject. Some would whisper in my ear for my number, and after rejecting, would threaten me. Some sneaked unsolicited hugs and kisses. One even asked me to live with him on a first night’s meeting. (The audacity?!) While these experiences might be extreme, sexism exists in the workplace. Others are seen as inferior because of their gender and others, just like me, are objectified for merely doing their job.

While being approachable is one of the qualities I proudly possess, it had some consequences because of my gender. Ever been nice to a guy and the next thing they expect from you is years of romantic love and affection? Ever spared a guy’s feelings by saying you can be friends instead of a sturdy NO, yet they continue to go out of their way to chase you because they believe in the barber’s tale that true love is unrequited? As previously mentioned, I worked as a waitress so it is common decency for me to observe niceness when I am the customer. What do I get in return? A waiter hitting on me, a few caresses as I take the good deed and initiative to put my empty plates in his tray, and oh, a free drink!

As vague as this statement seems, women are boxed into a stereotype which continually exclude those who lie outside the fine lines. You’re almost thirty and not in a serious relationship? “What about your egg count?” they say, as if giving birth is our whole life’s purpose. Ever heard of the Coco Chanel quote, “A woman who cuts her hair is about to change her life”? You chuckle as you literally had your hair cut because the heat is unbearable, and no, there was no free epiphanic take away. Have you ever been judged for losing your virginity before marriage, as if a man’s penis is valuable enough to change your whole image?

“As we move towards a new day of freer femininity, we begin by questioning century-old traditions and their roots, until we defy them and create a rebellion in art, act, or the emerging cyber space.”

For some people, these experiences are simple norms, where toleration hinders confrontation. As we move towards a new day of freer femininity, we begin by questioning century-old traditions and their roots, until we defy them and create a rebellion in art, act, or the emerging cyber space. It is a long way to go, but I consider this article as one of my firsts. Show your love by letting people know that these seemingly simple everyday things should not be, after all.

How to defeat tsundoku? Bring books you don’t need at this book swap

SHAREWe’ve all been stuck to a reading rut. I, for one, have attempted...