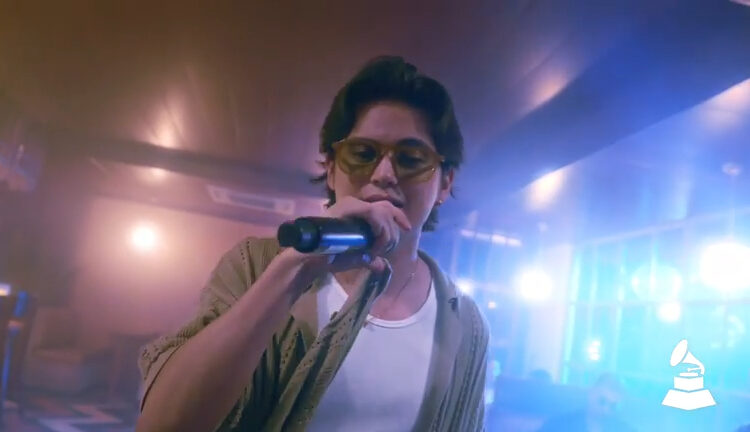 In case you didn’t know, James Reid is booked and busy. The musician-slash-actor-slash-environmentalist-slash-Liza Soberano’s new manager has left his mark in a shiny new spot: the Grammys.

On Friday, the multi-hyphenate made his Recording Academy debut in the latest episode of their video series titled “Press Play At Home,” where musicians from all over the globe showcase new tracks.

For his stint, James introduced the Grammys and listeners to a performance of “California Lovin’.” Co-written with producer Ken Nana and Grammy Award-winning singer/songwriter Darius Coleman, the “yearning pop song” was one of the first tracks he made after arriving in Los Angeles to work on his music.

Filipino-Australian multi-hyphenate #JamesReid underscores his love of breezy R&B with a feel-good performance of "California Lovin'" for #PressPlay At Home. 🎙 https://t.co/wWlLfeUajN

“Reid names psychedelic funk as his favorite genre, and the song borrows from those influences, using vocal runs and a pulsing beat to create a song that’s as much about a feeling as a storyline,” reads the Grammys’ article.

Since he landed in the City of Angels, James—who is both the co-founder of Careless and an artist for Transparent Arts—has dropped by Elton John’s Oscars party, hung out with folks like Anderson .Paak, and released a collab with Taiwanese-American rapper ØZI and GOT7’s Jay B.

Now, could an actual golden gramophone be the next thing on his list? Because we’ll gladly add him to the tally of Grammy-inclined Filipinos, TBH.

Read more:
Why the 2022 Grammy noms for these Filipino-Americans matter
Our top 5 performances at the 2022 Grammys
Why James Reid’s ‘Soda’ is a toast to soul, funk and Daft Punk

Screenshot from “Press Play At Home”

SHAREIt’s been almost three years since One Direction—the only band to successfully rival...

SHAREYesterday marked a new chapter of the Philippine Daily Inquirer, our sister company,...