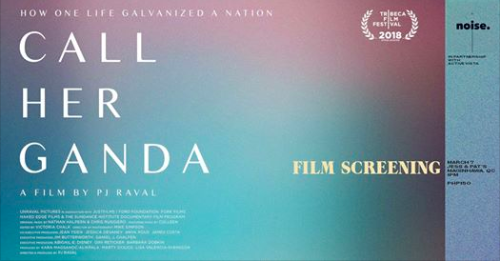 Social media can get pretty loud. Comments and threads being posted left and right, each bearing a heavily-worded opinion. While spreading awareness and starting discussions are still valid ways to show support, when the outrage ends there it can be difficult for it to translate to positive impact offline.

This is because problematic people know how to play the game and wait for the anger to die down. Yep, cancel culture continues to be a thing that isn’t real. Of course, this doesn’t mean that we should stop calling people out. It only means that we need to take our protest further.

The Rest Is Noise PH shows us how active support can manifest from online discussions. Following a highly publicized anti-trans rap track being released and actively marketed by its label, the music curation group decided to hold a screening of PJ Raval’s “Call Her Ganda” as a response to the discriminatory rap song. Metro Manila Pride shared the event stating, “This is active allyship and we love it so much.”

A decision was made to release this offensive song despite the artist and label being aware that it can incite violence and hate towards trans men and women. Now, a decision to actively support an event for the benefit of the community can counter it. The screening will be on Mar. 7 from 1 p.m. to 5 p.m. at Jess & Pat’s with tickets for sale at P150 per person.

Read more: Why Joey De Leon gets away with gross comments on national TV

SHARESometimes, we unknowingly find ourselves in that Cher Horowitz GIF where she screams...