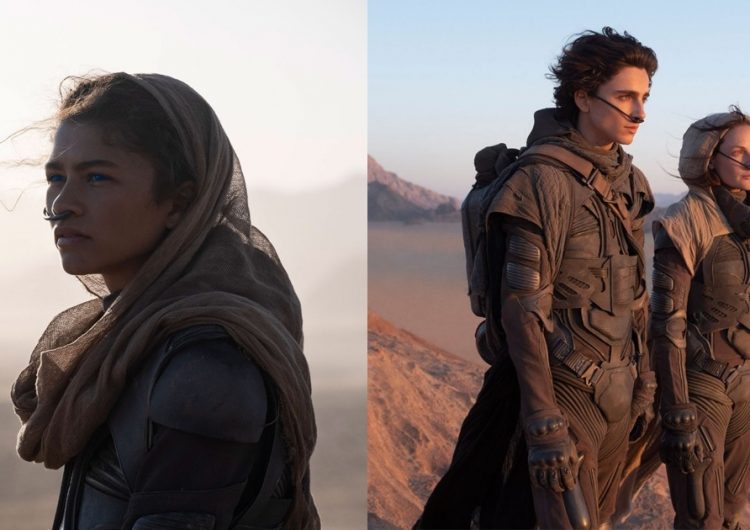 Here’s a treat for sci-fi fans: Vanity Fair has dropped exclusive photos of Timothée Chalamet, Zendaya and other stars in the deserts of Jordan for the “Dune” reboot.

There’s also a House of Atreides family photo, a genderbent Dr. Liet Kynes and Jason Momoa showing off some swordplay. It looks promising, and we can’t wait till the holidays come around to see this on the big screen.

#DUNE FIRST LOOK: Welcome to Arrakis. Filmmaker Denis Villeneuve will bring Frank Herbert’s legendary sci-fi novel to life with not one, but two epic films: “I would not agree to make this adaptation of the book with one single movie,” Villeneuve tells V.F. “The world is too complex. It’s a world that takes its power in details." At the link in bio, get an exclusive first look at Timothée Chalamet, Zendaya, Jason Momoa, Javier Bardem, Rebecca Ferguson, and more in the upcoming adaptation. ?: Chiabella James / @dunemovie

Chalamet, who starred in coming-of-age films like “Call Me By Your Name” (2017), will be playing Paul Atreides, a young scion in the strange, hostile planet of Arrakis that grows the rare spice melange.

Zendaya will be playing Chani, the love interest to Chalamet’s character. Alongside Chalamet and Zendaya, the House of Atreides has Oscar Isaac playing Chalamet’s father Duke Leto and Momoa as the swordsman Duncan Idaho.

This isn’t the first time “Dune” was geared for an adaptation. David Lynch’s 1984 film was unfortunately deemed a box-office failure after it grossed $30 million from a $40 million budget. In his book “Lynch on Lynch,” Lynch said he was “unhappy” with the work and did not have the final decision on its theatrical release.

The novel also got a three-part TV miniseries called “Frank Hubert’s Dune” in 2000, which did a little better than the 1984 film and ranks high on SyFy’s top-rated programs to this date.

The film hasn’t been released yet and there’s already a high chance that it’ll be a back-to-back sci-fi epic. Villeneuve told Vanity Fair that he intends to break the story down and potentially roll out more than one film, saying he “would not agree to make this adaptation of the book with one single movie.”

SHAREWe described boomers before through one meme: old man yells at cloud from...