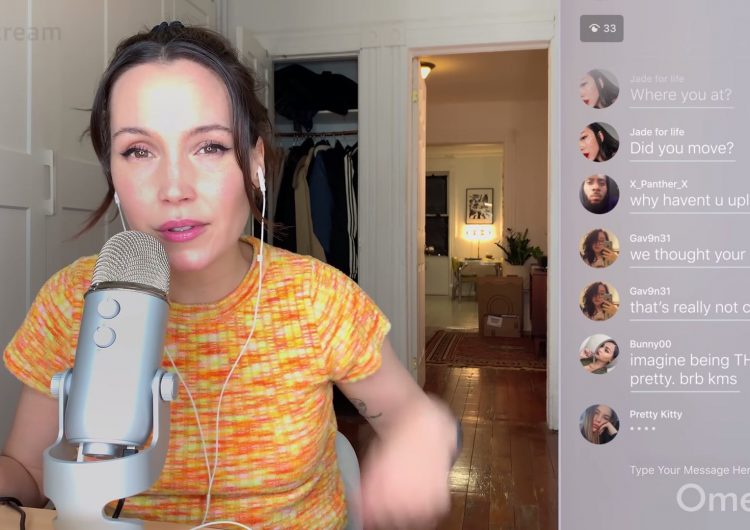 ASMR fans, don’t expect to fall into a blissful nap with “Tingle Monster” in the background.

The 10-minute horror short follows a female ASMRtist named Dee who hosts a live ASMR chat with her viewers. As the comments grow increasingly inappropriate, a more physical threat presents itself.

The short is one of the first of its kind to be filmed in ASMR. The film’s treatment immerses you in the story, telling it from the POV of the main character’s audience. Did I get tingles from Dee’s voice? Yes. Did I also get goosebumps from the tension? Also yes.

“I made this film because I want us all to examine our role in how women are treated on the internet,” says Brooklyn-based “Tingle Monster” creator and star Alexandra Serio to i-D. As someone who regularly peruses the comments section for her job, she noticed how women often get harassed more than men online.

If you’re an ASMR fan looking for a new take on the genre or just a good ol’ horror fanatic, “Tingle Monster” is worth a watch.

SHAREFor those on the fence on what to watch next, Netflix is rolling...

SHARESupportYourFriends, the clothing brand that was warmly received by the public less than...