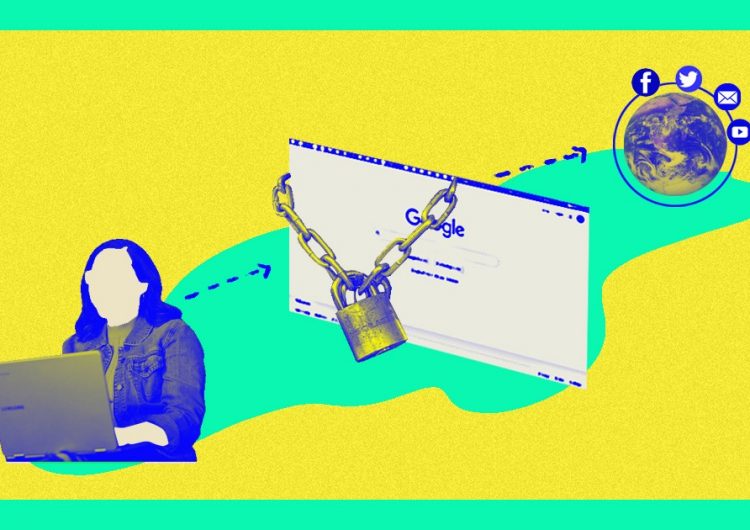 On June 3, HB 6875 a.k.a. the Anti-Terror Bill hurdled the House on its third and final reading. This means that the bill is now just a Presidential signature away from turning into a law.

Given the bill’s wide definition of what a terrorist can be and the fact that arresting officers have jurisdiction over deciding an act’s intent, it poses dangers for mere dissenters of the government.

Although speaking up feels scary, it is all the more our responsibility in times like this.

Although speaking up feels scary, it is all the more our responsibility in times like this. So how can we take precautions, you say? To help keep you and your data safe, here is a directory of digital tools to protect your identity online.

Your IP address contains a lot of sensitive information, including your online activity and your physical location. Virtual Private Networks (VPNs) mask your IP address by scrambling your IP.

If you’d rather not shell out some cash for a good VPN, ProtonVPN offers a limited free version—and it comes with unlimited data, ad-free. Free users can connect to one of three locations that enable you to bypass censorship with a zero-logging policy.

Windscribe has an upside that isn’t always available to other free VPNs: Both paid and free users can access all its features, which include a malware blocker and a firewall that blocks traffic outside the VPN’s tunnel to prevent leaks.

For the VPN newbies, TunnelBear has a user-friendly interface and allows free users to connect to various countries, alongside a guarantee of no data logging.

Encryption turns your messages into code that’s unreadable by outside parties. There’s a big chance that popular websites read your data in the interest of “personalizing” your experience.  Keep your sensitive conversations—for example, talks of mobilization plans—protected.

Hailed by TechRadar as the “gold standard of encrypted messaging apps,” Signal keeps your text conversations safe. The app features video calls and disappearing messages if you really don’t want to leave a trail of digital receipts.

Telegram is known for more than just its customizable sticker packs and in-app games. Being as respected as Signal in the encrypted IMs arena, Telegram has its own formidable encryption system, which you can utilize by going into a Secret Chat which has end-to-end encryption. The difference between the two is that Telegram isn’t completely open-source, and so is less reviewed by third-party security experts.

Recently, email protests against the Anti-Terrorism Bill are happening in lieu of taking to the streets. Our emails, however, are tied to a lot of our confidential accounts and data. Safeguard your identity in email protests by using an anonymous account. You can make “disposable” email accounts that can self-destruct after a period of time.

Temp Mail Ninja lets you create a throwaway email address, both for sending and receiving. The email expires after a year, and all inbox messages will be lost to the ether.

Coming from the folks at Guerilla Mail is the site Shark Lasers. It has the same settings you all know and love—anonymity in both your inbox and sent messages—but with custom and cooler domains like “sharklasers.com.”

Moakt has an easy-to-use interface and their addresses have a one-hour life. You can compose and receive, take your pick with several domains and customize your handle.

Popular search engines know exactly what search result or ad you want to see because—surprise!—they mine our data. Keep your searches private with alternative browsers that avoid storing your data.

Having hosted over tens of billions of anonymous searches, DuckDuckGo takes its users’ privacy seriously. The search engine doesn’t store “a single byte” of your search history and its extension protects you from third-party tracking.

Does this browser live up to its name? You be the judge: it won’t save your history, doesn’t allow third-party cookies, no web or DNS caches, no autofill feature and no DNS pre-fetching. Like the incognito mode, it automatically deletes data and preferences once you click exit.