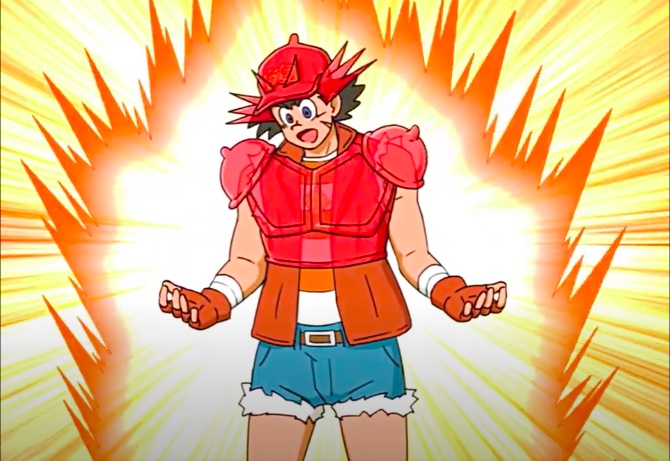 Let’s be real: If we want to learn about safe sex, animes may not be our immediate go-to. But hey, we’re in 2020—anything could happen at this point.

According to VICE, Japanese condom manufacturer Okamoto decided to school us on some sex ed through a new anime. Nope, it’s not a commercial or a snackable clip, it’s a real show called “Condom Battler Goro.” Well, what can we say?

Released just this month on YouTube, this series stars an obedient and responsible 24-year-old named Goro. His adventures begin with a magical condom, which is also the reason behind his condom-looking armor suit. Standing by his side are two friends Miku and Hayato who fight alongside his battles—including the condom-searching Rambo. The number of times we mentioned “condom” in this story gives justice to its presence in the show. It’s the kind of crazy we never saw coming.

Okamoto’s website reveals that this science fiction battle show lets us learn how to use condoms while having fun. It has 56 episodes, but they are releasing digests of episodes one, 19, 45 and 56—as seen on YouTube. With an early ‘90s anime aesthetic, “Condom Battler Goro” invites and lets us tag along Goro’s condom journey—including a condom professional license test.

SHAREBy Oliver Emocling I had no intentions of watching Treb Monteras II’ Respeto...

SHAREClothing store Banquetta is a pop cultural gift that keeps on giving. They...