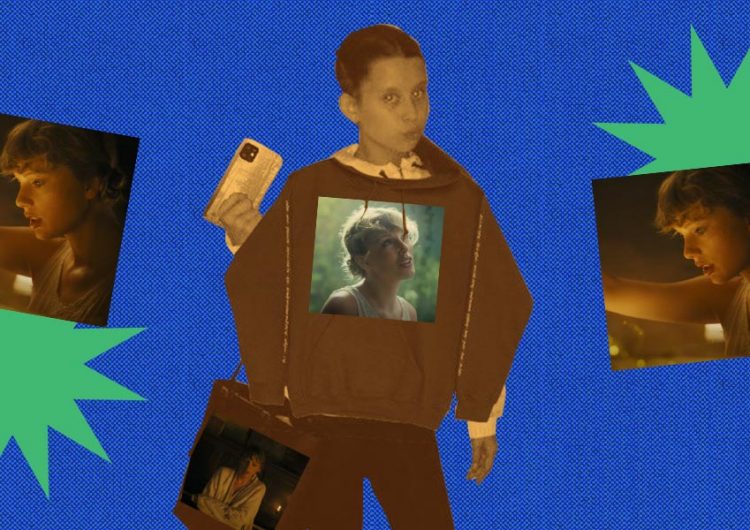 I’ve always been a stereotypical punk rock-indie girl. At this point, you’re probably picturing my Tumblr account back in 2015. It’s filled with fandom bullshit, photosets of Black Flag and Interpol all over my page and the occasional thirst posts over some actor half my age.

They used to say over on Tumblr: You want to know someone, you go to their blog. But even though I had secrets, I wasn’t confident enough to disclose them in the virtual pages of my account. I wasn’t the edgy adolescent I portrayed myself to be.

And as much as I loved Henry Rollins of Black Flag, just like everyone else, Taylor Swift’s tracks own my heart.

The late 2000s was dedicated to Taylor’s rise and fall and rise again. Right now, everyone knows her as a formidable force in pop. But I remember her as someone the media loves to hate. She’s misogynistic for “You Belong With Me,” she’s feuding with former rap god Kanye West, she’s awkward just to seem relatable to others—everyone seemed to have a bone to pick with her.

I didn’t give two fucks about Taylor back then. Still, it was impossible to avoid her even if you turn off Entertainment Tonight. Why? Her songs were everywhere.

My college days could be dictated by “1989” singles. “Blank Space” played during my UV rides, my one-month trip to Jamba Juice and hell, even at my old boxing gym. Taylor was completely unavoidable. Even without the media hounding her, she will pull you right back into her orbit.

I can wear all the black clothes I want. Hell, even I can’t deny my low-key excitement when “Shake It Off” started playing on local radio.

And just like everyone else, I had friends who were die-hard Swifties. My old gym buddies always get amped up when “Bad Blood” hits. So now, I wonder—what was holding me back from liking Taylor Swift?

Back then, it was her reputation (shout out to her album). She was a flawed celebrity trying way too hard to be America’s sweetheart. Come to think of it, that’s just bullshit—no one’s perfect. So why was I demanding Taylor to be as flawless if she’s as human as me?

“Maybe the Taylor backlash isn’t about her, it’s about us proving that we are in a position to be offended,” wrote Wendy Syfret for i-D. “She’s a glittering martyr to our own good thoughts and intentions. It’s just a pity another woman had to fall this hard for us to prove how much we care about the rest.”

People grew in different ways—even celebrities we look up to.

Just like how Taylor has grown to be someone apathetic to what others think, so did I eventually. I grew out of my casual misogyny and penchant for cancel culture. People grew in different ways—even celebrities we look up to.

During quarantine, I found myself listening to Taylor Swift unabashedly. I admit that “Lover” made me cry while I was in a long-distance relationship with my partner, “Delicate” urged me to go to a metaphorical hotel and dance in the rain, and “You Need to Calm Down” actually has a pretty enjoyable music video. Life is more fun when you finally give into your guilty pleasures. Life is more fun when you leave internalized misogyny at the door.

I’m listening to “Folklore” like everyone else right now. Yes, I too am crying over “Betty.” But unlike everyone, I finally accepted something within myself all along. I like Taylor Swift and I always have.

Read more:
The unbearable gayness of “Me!”: Notes from a Kaylor stan
We just found out that Taylor Swift travels inside a suitcase
Are you ready for T Swift x Bon Iver?

SHAREIn the middle of 2019, a portion of the world’s population turned into...

SHAREWhen people are always chasing after the next big trend, staying true to...