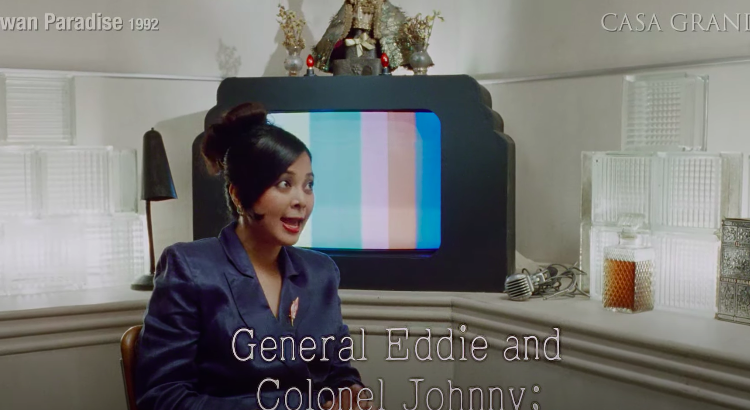 A time travel portal still isn’t a thing, but if we have anything close to it, it has to be movies. Films take us anywhere, anytime we want to, even if it spans decades back—but old films that seem to take place today are different kinds of wonderful. Mike De Leon’s “Aliwan Paradise” is a film way ahead of its time.

Good news, cinephiles: You finally have the chance to catch this online. This announcement was made on the Facebook page Casa Grande Vintage Filipino Cinema, together with a message straight from Mike De Leon himself. “To celebrate the latest black comedy from the Palace, Duterte’s SONA on June 27, 2020, I am uploading the newly remastered version of ‘Aliwan Paradise,’ a film I made in 1992.”

This 28-minute absurd comedy film, which takes a semi-futuristic Philippines at the forefront, was originally part of a four-country anthology film “Southern Winds” produced by the Japan Foundation.

By the way, the team behind this film is a powerhouse. Veteran screenwriter Clodualdo del Mundo and production design legend Cesar Hernando in one film? I don’t know about you, but this is better than any “Black Mirror” episode.