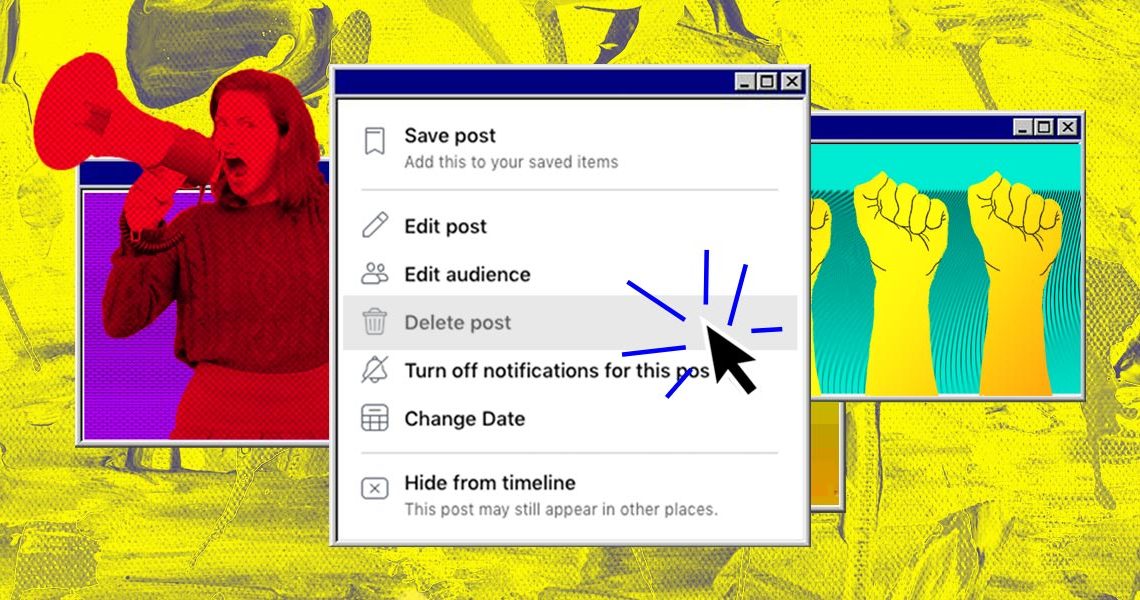 For most artists, art has always been political. Far more than self-expression, art has doubled as a soapbox for the unheard. For one case against local visual artist organization Guhit Pinas, the same reasons sparked outcry on Twitter, when one post spoke of the group’s alleged removal of  “political” artwork. 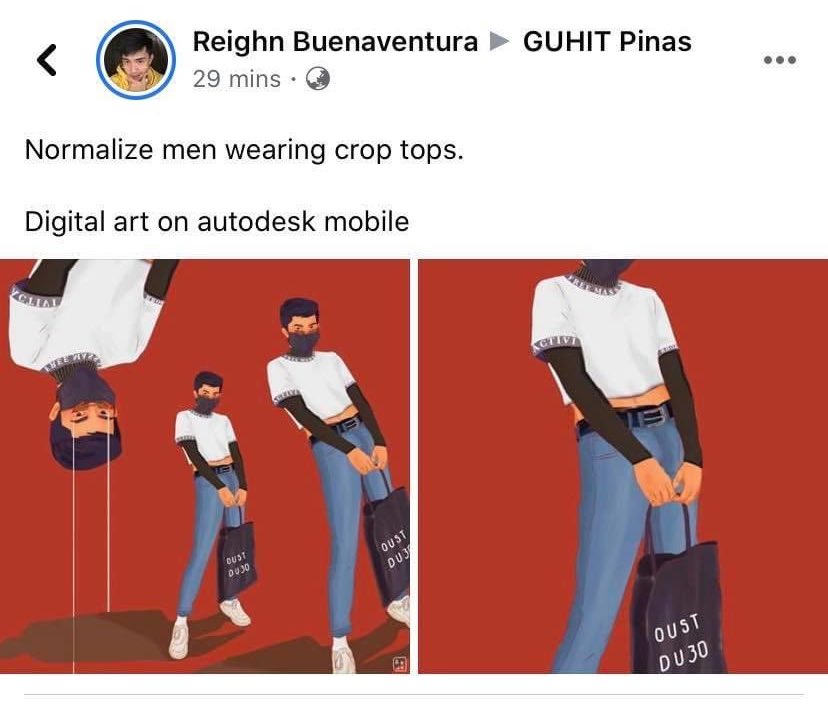 The user compared it to another artwork that was kept on the site, which featured Pres. Duterte and “SONA 2020” cut into a leaf.

“GUHIT PINAS REMOVED MY ART (left) POST SAYING IT WAS POLITICAL WHILE THIS ON THE RIGHT IS BEING APPRECIATED,” the user wrote. Several users chimed in on the conversation, with some talking about their own experience with the group, citing an alleged preference for certain art styles.

“This group used to be a safe space in honing our talents not until they were politically biased—they turn down posts that speak against the government; and where realism is the only style that is appreciated,” Reighn tells us in a personal message.

When we reached out to the Guhit Pinas administrators, they say that they accept these so-called political posts—just as long as they comply with their rules.

“Guhit Pinas is and will always be non-partisan,” a representative tells us over Facebook. “However, we don’t allow posts that call people to dethrone anyone. We don’t want Guhit Pinas to be used as a channel for insurgency or be associated with any similar act because that’s not what the group is created for. As you can see, the artwork that person is pertaining to contains the phrase ‘Oust Duterte.’”

In one tweet, @reighnism responded to a similar take by one of the group’s admins, which cautioned the members’ word choices. “That ‘oust duterte’ was merely an accessory to the art I posted,” Reighn writes. “The main message of the art was to normalize men wearing crop top but you took it out of context.”

According to Guhit Pinas, all political posts were previously prohibited in the group due to the disputes it causes among members. However, the group recently changed the rule upon consideration that they “are not promoting art very well” with the restriction on expression.

As of writing, @reighnism’s original Twitter post has been retweeted 4,100 times and garnered 19,100 likes, which made “Guhit Pinas” one of the site’s trending topics.

SHAREWhen faced with sexual violence or harassment, coming forward is easier said than...